NewDelhi: After BJP, the RSS mouthpiece ‘Panchajanya’ has slammed Jammu and Kashmir Chief Minister Omar Abdullah for pushing to revoke AFSPA from the state claiming that the move was part of vote bank politics to salvage his image.

RSS mouthpiece ‘Panchajanya’ said that Abdullah was “bent upon compromising national interest” by indulging in vote bank politics to salvage his image.

“…In the name of fulfilling election promise, he is making all out efforts to withdraw the Armed Forces (Special Powers) Act from the Valley…it directly implies that he is surrendering before separatists while ignoring the danger of jehadi terror,” the editorial in the latest issue of the journal read.

It said while these leaders keep accusing security forces of being inhuman and cruel, the terror incidents are always ignored.

“Unfortunately, Congress-led UPA government at the Centre has never taken the Kashmir problem seriously and views it with an electoral perspective,” the write up said, adding that the problem has persisted due to the “wrong policies” adopted by Congress from the time of Pt Jawaharlal Nehru.

“Instead of giving a stern reply to Omar Abdullah, the (Union) Home Ministry is busy analysing the situation at a time when the Army has opposed diluting the Act,” it said.

Sun Oct 30 , 2011
Bangalore; October 30: “Good governance and Corruption cant co-exist. This statement i am not only saying for Congress but also for my own party, BJP” says Senior BJP leader LK Advani in his Jan Chetna Yatra rally at Bangalore. Creating awareness against corruption, Jan Chetna Yatra led by LK Advani […] 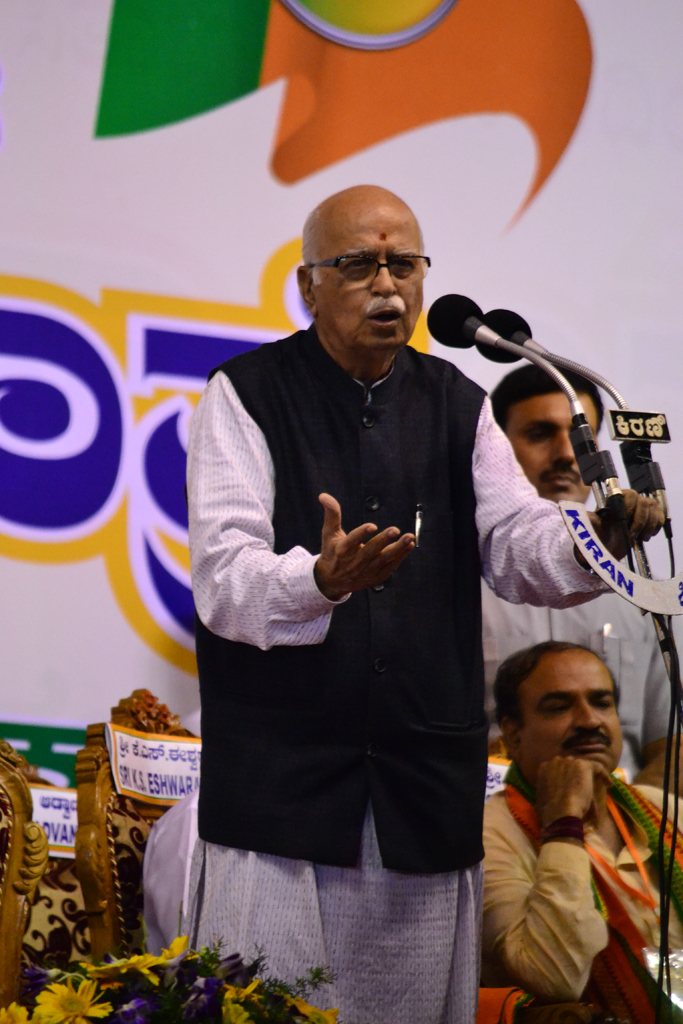