Rashtriya Swayamsevak Sangh has clarified that the issue of leadership change in Karnataka Government is totally an internal matter of Bharatiya Janata Party.

Speaking from Mumbai, national spokesperson for the RSS, Ram Madhav, said, “Change of leadership of the Karnataka government is purely a party affair. The RSS will not interfere. However, if BJP leaders consult the RSS, it will offer a candid opinion.” Ram Madhav was answering for a question from DNA. There was a media speculation that Senior RSS  functionaries had a discussion at Mangalore/Bangalore RSS headquarters, with BJP leaders over leadership change issue and to replace B S Yeddyurappa as Chief Minister.

RSS has clarified that the leadership change is totally an internal matter of Bharatiya Janata Party. 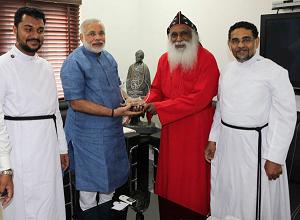