“The CBSE has decided that candidates appearing for Central Teacher Eligibility Test 2011 can also opt for Sanskrit as one of their options in languages. The candidates wishing to opt for Sanskrit as one of the languages in Paper I and/or Paper II may also apply for CTET-2011 from May 23, 2011 to May 2011 by making online application on CBSE website www.cbse.nic.in Candidates are required to take printout of the computer generated confirmation page after successful submission of data.

Brief story behind this success : A few students of Delhi and a few teachers of Delhi Govt Schools became ACTIVE, contacted the Advocate Smt Monica Arora through Sri Deenanath Batra of Shiksha Sanskriti Utthana Nyas, and a WRIT petition was filed in Delhi High Court.

Assistance was also given by Shri Ashutosh Mathur, ST Stephens College, Srikrishna Semival of Delhi Sanskrit Academy, Samskrita Bharati and many others. Delhi Sanskrit Academy conducted a seminar in this regard and also held a meeting in the chamber of the Speaker of Delhi Vidhana Sabha. Dr Vishvambhara Dayalu and Sri Sandeep Upadhyaya of Delhi Govt Sanskrit Teachers’ Assn and a few students like Sri Sohan Kumar of SLBSRSV, Sri Mohit Kumar of Goutam Nagar Gurukul (Delhi) etc really worked very hard moving around collecting funds and other material to fight this case (They are the real heroes, though many others would claim for the success now!!!).

Advocate Smt Monica Arora drafted and argued the case very well. Rashtria Adhivakta Parishad also gave its inputs in this regard. A few hundred letters to the concerned IAS officers were ‘organized’ from all over India and Abroad. A demand was also “made” by the Assn of CBSE Affiliated Schools of Karnataka. Many Sanskrit scholars sent Emails to the concerned officers. Finally, the CBSE accepted the error and took the corrective step.

1)      Collective and coordinated effort works and it only works.

2)      It is the ordinary people who plunged into the action first. They strive hard because 1) they are highly committed [commitment can be measured by how much one sacrifices for the cause] 2) their belly is half full 3) they are not worried of their status

3)      Amongst the officers, there are both types of people – Samskrit-loving and indifferent to Samskrit. It is our work to reach and impress upon them. Sooner we do it in a mass scale, lesser the repetition of such incidents of not non-inclusion of Samskrit.

4)      Samskrit is not being included not because of some people with indifferent attitude to Sanskrit, but because of the indifference of Samskrit scholars/teachers for the mass-awakening work.

5)      Governments and politicians are not going to give anything to Sanskrit as long as Sanskrit Scholars/teachers are confined to the four walls of Sanskrit Pathashalas and Sanskrit Departments.

(the above information was given by

Wed May 25 , 2011
MSN Menon, Organiser columnist is no more MSN Menon will no more ask Organiser readers “to think it over”. For, he is no more. His end came on May 14 at the AIIMS, New Delhi. Suffering long from heart ailments, he fought with various diseases for long. It was more […] 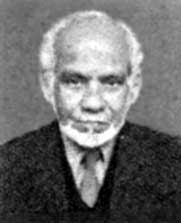