Subject: Demand for ban on Endosulfan

I am writing this letter in view of the some news report that Swadeshi Jagran Manch has requested you that the government of India should not favour a ban on ‘Endosulfan’, a pesticide infamous for its high toxicity, which is highly dangerous for humans, in the forth coming Stockholm Convention. In this context I am to inform you that the view as reported in the news reports is not the view of Swadeshi Jagran Manch. It is the considered opinion of Swadeshi Jagran Manch that in view of its high toxicity an effective ban should be imposed on Endosulfan and government of India should take this view in forth coming Stockholm Convention.

Swadeshi Jagran Manch understands that Endosulfan is banned in more than 63 countries, including the European Union, Australia and New Zealand, and other Asian and West African nations, and being phased out in the United States, Brazil and Canada.

You would share this view point of Swadeshi Jagran Manch that use of chemical pesticides is not good for humanity at large. At present it is being used as a necessary evil due to absence of alternative to the use of chemical pesticides. The only alternative possible for the present dependence on chemical pesticides is the organic farming. We appreciate whatever little efforts are being made by the government for promotion of organic farming. But you will appreciate that these efforts are too little to make any dent on prevalent agri practices, as promoted by the government in the past. I take this opportunity to request you to make result oriented efforts in this direction.

I once again request you to kindly ban this highly deadly pesticide Endosulfan, in the interest of the humanity.

One thought on “Swadeshi Jagaran Manch demands ban on Endosulfan” 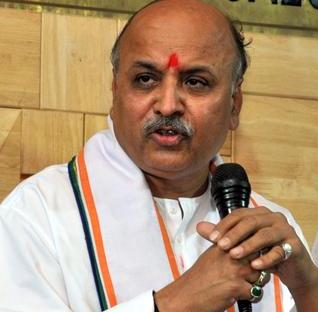