With India reiterating that China illegally claims approximately 90,000 square kilometres of Indian territory in Arunachal Pradesh and 38,000 km in Jammu and Kashmir , a strange game of statements regarding the Chinese intrusion in the northeastern state is on.

Though officials in Beijing and New Delhi have denied the intrusion, people remember the bloody war in the same region in 1962. In later years though, negotiations on boundary disputes have been initiated between India and China, while engaging each other in trade and cultural exchanges quite vigorously.

The sudden eruption of the territorial dispute has revived bitter memories. It is noteworthy that on September 7, 1993, an accord to reduce tensions along the India-China border and to respect the Line of Actual Control was signed.

What is the truth about the allegation that the Chinese have intruded onto our land?

Independent MLA Lokam Tassar and BJP (Bharatiya Janata Party MP Kiran Rijiju had alleged that the Chinese have intruded up to 20 km in Arunachal territory. I immediately enquired about its veracity from the chief secretary, SIB (Special Intelligence Bureau), ITBP (Indo-Tibetan Border Police), and the army authorities. The statements of both were found to be false and misleading.

Later, an emergency meeting of the concerned top officials was held in Itanagar. They also re-confirmed that no such intrusion has taken place.

It was found that Kiran Rijiju had based his statement on the 1986 intrusion across the LAC (Line of Actual Control) by the Chinese in which they had taken a large chunk of our land in Tawang area occupying the Sumdorong Chu valley, Asapila and Lungur camps. These places fall in my constituency.

Did the Government of India accept the 1986 intrusion and the resultant occupation of our territory?

They had to. The Chinese had taken our land.

The Government of India accepted that and did nothing?

The Chinese took our posts, the government had to accept that. But there is no intrusion now.

What can be the reason that suddenly allegations about the Chinese intrusion have been made?

I can’t say. It is not good. As far as the BJP MP’s statement is concerned, it seems like a political ploy. How can he claim to know something, which is not in the knowledge of the defence authorities or the home minister?

His statement is a matter of political rivalry and nothing else. He was in Delhi for a long period, he couldn’t have ascertained the facts himself, so it seems he gave his statement on the basis of what Lokam Tassar said.

Strange things are happening in Arunachal. The whole cabinet recently shifted its loyalties to you.

It happened due to the allegations of huge corruption charges against the former government. There were a number of cases regarding mismanagement in the Public Distribution System. People in the villages were not getting enough food allotted by the Centre. Cooperative rural banking scams affected small depositors like labourers and teachers. The hydel power sector was also in doldrums.

Hence, the MLAs were unhappy and chose me as their leader. (Congress president) Soniaji (Gandhi) is completely against corruption and wanted a clean and result oriented Congress government. I was reluctant to shoulder this responsibility, but when all insisted I had to accept it.

After taking the oath, when I sat in my office, one chief engineer came and handed a file to me, pleading to clear it immediately. When I opened the file, it contained five lakh rupees in cash. I was shocked. It must have been a routine matter for such officers to present money to the new CM or minister.

I deposited the money with the treasury and had the officer arrested. This is the situation, which we are determined to change.

What have you done so far?

My first priority is to improve the Public Distribution System. If people in the border areas are deprived of the basic requirements, it can create an unseemly situation.

Security in the border areas depends on the common people’s commitment and patriotism.

We the Arunachalis are patriotic to the core, children of Bharat Mata, and shall defeat any Chinese design to capture our land. But corrupt governance destroys trust and breeds unpatriotic elements.

I came to Delhi and met the prime minister and several other ministers. I have revived the PDS and got instant clearance from the prime minister regarding the rates for PDS and the Food Corporation of India’s contractors. It will help immensely.

Secondly, I shall also revive rural banking, which collapsed under a Rs 200 crore scam. All the small investors lost their hard earned savings. It is my duty to ensure that they get back their money. I am also formulating a new industrial policy to attract entrepreneurs from all over India.

Arunachal is immensely gifted with rich natural resources; we have not been able to use them properly for the benefit of the state’s development and people’s welfare.

We also have the capacity to generate 60,000 megawatts of power. The National Thermal Power [ Get Quote ] Corporation, the National Hydroelectric Power Corporation and private agencies are being involved to generate power at the optimum level.

With Soniaji‘s blessings we have also started a mid day meal scheme for poor tribal students. We are also changing the educational employment policy, which binds us to recruit only 20 percent people from outside the state. We would like to have more qualified people from other areas too so that the level of teaching is improved.

We are also involving village elders in monitoring the work of teachers. Salaries will be released only after receiving letters from the elders that the teachers have done their jobs well.

What about preserving indigenous culture and values? There have been reports of conversions to Christianity of late.

We want indigenous traditions to be preserved and maintained. This is thousands of years old. Some Arunachalis are Buddhists like me; some belong to Dony Polo and other streams. Now we have decided to ensure that in every cultural festival, the government would encourage celebrations.

Instead of having politicians or ministers preside over such a function, a local village elder, who knows ancient wisdom, the history of the area and can also transfer that to the people, would be requested to chair the event, so that the traditional flow of knowledge and continuity in culture is honoured.

SAY NO TO CORRUPTION 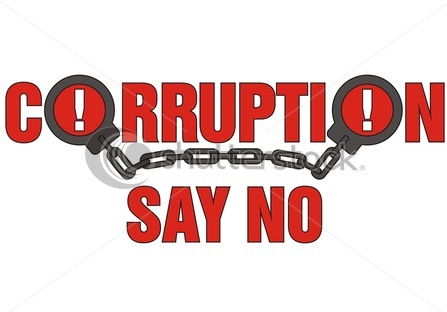