NEW DELHI: Syed Ahmed Bukhari, Shahi Imam of Delhi’s Jama Masjid, has called upon Muslims to stay away from the Anna movement saying his war cry – Vande Mataram and Bharat Mata Ki Jai – are against Islam.

“Islam does not condone the worship of the nation or land. It does not even condone worship of the mother who nurtures a child in her womb. How can Muslims then join his stir with a war cry that is against the basic tenets of Islam. I have advised them to stay away,” Bukhari told TOI.

Bukhari, who is not perceived to be close to the Congress, may have inadvertently voiced the very concerns that Congress leaders have been expressing off the record about how Anna’s stir has isolated Muslims though none of them had ventured to make a public statement on this. The call has also reignited the centuries old debate of Vande Mataram being anti-Muslim.

Even though Team Anna includes lawyers like Prashant and Shanti Bhushan who have taken up cudgels against Narendra Modi for his alleged role in the Gujarat riots, the Shahi Imam, one of the tallest Muslim religious leader, is critical of the movement because he feels that communalism and not corruption is the bane of the country. “If Anna had included communalism in his agenda, I would have been more convinced of his intentions,” he said.

While questioning where Anna is getting funds to organize such a massive rally, Bukhari has accused Anna of indulging in politics at the behest of the RSS and the BJP 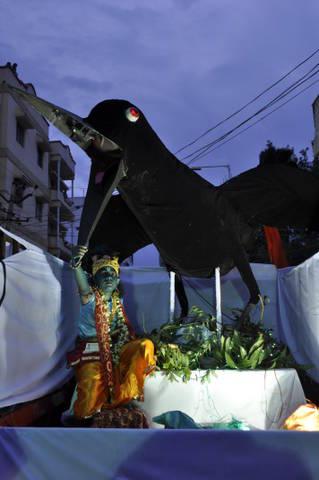