Condemning murder of Students by KFD and Demanding earliest ban on KFD .

A Fundamentalist organisation Karnataka Forum for Dignity (KFD) is involved in anti-national activities.  To prove this, Karnataka police has arrested 6 members of KFD in connection with murder 2 students, Sudhindra and Vighnesh of Mysore-Hunasoor . Bajarangadal Karnataka is condemning this brutal murder by KFD in strongest words.

Bajarangadal Karnataka also specially applauds the efforts of Karnataka police to trace the criminals and to bringing out the truth of this murder of Hindu youths.

KFD has its roots at different parts of the state and has a direct connection with terror activities. KFD along with its sister organisations like Popular Front of India (PFI),  NDF etc has a direct role in communal violence occurred in Karnataka in recent years.

KFD, the very organisation which imbues spreading of communal violence and which disturbs social integrity should be banned immediately. We urge that all economical sources for KFD should be examined and a legal action need to be taken soon.

In this regard, Bajarangadal Karnataka has called for a STATE-WIDE protest tomorrow, June 24, 2011.

One thought on “Bajarangadal Demands earliest ban on KFD” 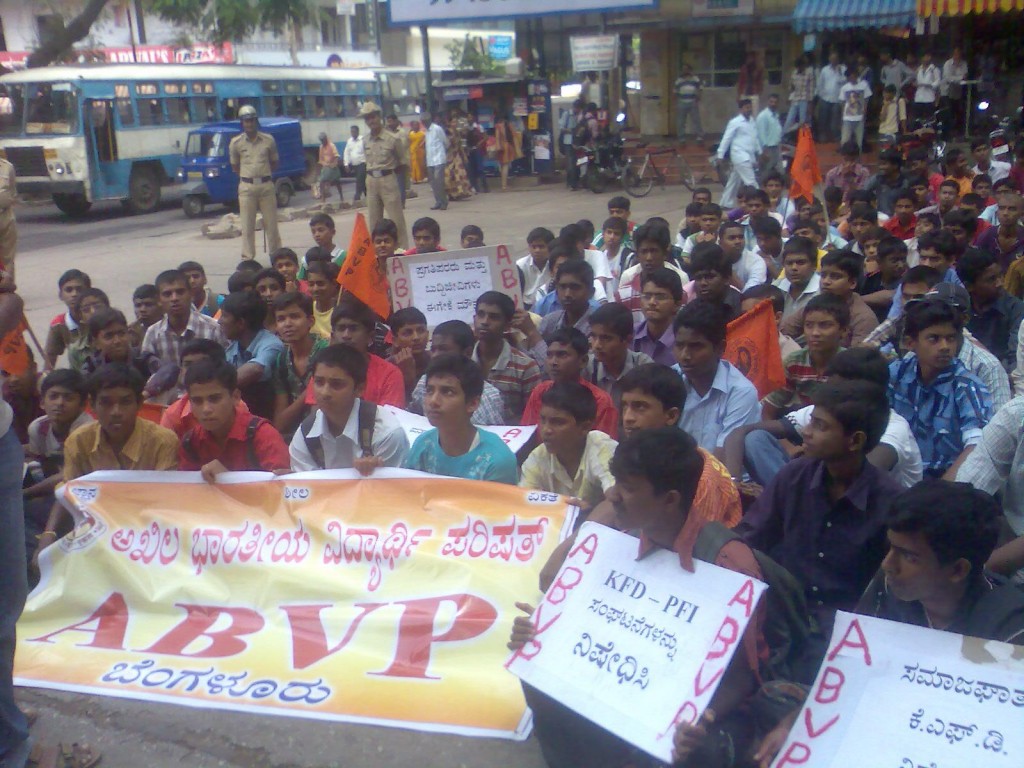