New Delhi, 8 September. The International President of Vishva Hindu Parishad, Shri Ashok Singhal has experessed the deep sorrow at the tragic death of the victims of the Delhi High Court terrorist blast and termed it as the result of UPA Government’s directionless and vulnerable policies.

Addressing a press conference here, Shri Singhal alleged that the UPA Government is not able to provide to anti-terrorist agencies the conditions congenial to fullfil their duty with integrity and honesty.

Shri Singhal said that the govt. should send a strong message against terrorism by immediately hanging Afzal guru – the convict of Parliament attack.

Shri Singhal said that the activities of so-called directors of the Govt., are also contributing to the above situation. “Frustrated with the fast declining credibility of the UPA Government at the Centre, Mrs. Sonia Gandhi, with the instrumentality of her extra-constitutional body called National Advisory Council (NAC) that is heavily loaded with anti-Hindu forces, has been trying to get enacted as a law an NAC-prepared conspiratorial bill called the ‘Prevention of Communal and Targeted Violence (Access to Justice and Reparations) Bill, 2011’ to enable her to persecute her adversaries belonging to the Hindu society on a mass scale,”

Shri Singhal said, “The dangerous and discriminatory bill, yet to be passed, presumes that only Hindus are the aggressors and the Muslims and Christians are the victims, and, therefore, the Hindu society is always to blame for communal violence and thus deserves heavy punishment and the Muslims and Christians cannot be tried for communal violence even if it is a case of rape, loot, arson or torture committed by them. If this bill is ever enacted as a law, then millions of cases will be filed against Hindus without any reason or rhyme and they will have no way left to live as Hindus. Hindus cannot allow it as Christians have a balance of 169 countries and the Muslims a balance of 52 countries in the world.

VHP leader said that Under the expression ‘group’ as the most vital definition of the bill, it also conspires to take the Scheduled Castes and Scheduled Tribes out of the ambit of Hindu society. This darkest bill of the century is against the basic tenets of the Constitution, intrudes into the domain of the state, damages a federal polity of Bharat and creates an imbalance in the inter-community relationship of the country.”

Shri Singhal said “On the night of 4th-5th June, 2011 the entire country has seen the gross insult and humiliation of revered Saint Baba Ramdev and his fasting 50,000 devotees who were violently and brutally thrown out of Ram Leela grounds by Delhi Police while they were sleeping peacefully. This is not only an insult to and humiliation of Baba Ramdev but of the entire Hindus of the world by the Government remote-controlled by Mrs. Sonia Gandhi.” He said that after wards also Baba Ramdev is being tortured in oneway or the other, entrapping him and his colleagues in fictious cases. The Hindu society is not going to take it lying down.

VHP President alleged, “In the name of this Bill Mrs. Sonia Gandhi is taking recourse to what Mrs. Indira Gandhi did to save herself by promulgating national emergency in 1975. If this Bill is passed in the Parliament, there will be the rule of terror throughout this country. The non-Hindus will have the power to terrorise Hindus. This Bill is a direct threat to the very existence of Hindus, who form 82% population of our country. It is an open war on Hindus. Now the only course open is to start a big movement to stop the vicious designs of Mrs. Sonia Gandhi. 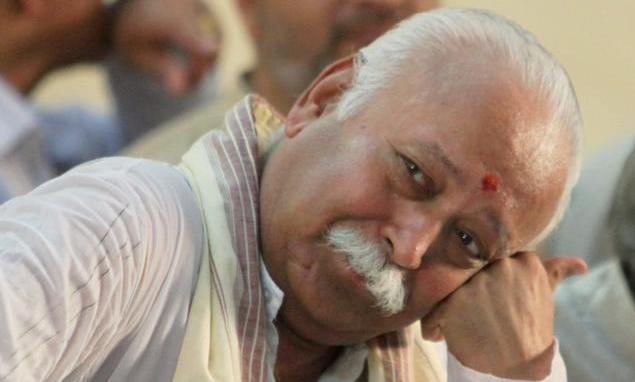