The VHP  said that it will start the two-month long Amarnath yatra on its scheduled date of June 15 instead of June 29 as announced by Jammu and Kashmir Governor N N Vohra.”We will start the two-month long Amarnath yatra from June 15 as per the traditional calander. We will not abide by the announcement of the state Governor to start the yatra from June 29,” International General Secretary Parveen Bhai Togdia told reporters here yesterday.

“Who is the Governor (Chairman of Shri Amarnath Shrine Board) to decide date and periodicity of the yatra. The date of the yatra should always be left to Hindu priests,” Togadia said.Shri Amarnath Shrine Board (SASB) should only take care of the arrangements and other infrastructural needs of the pilgrimage and decision of commencement and periodicity of the yatra should be left to priests and religious leaders of Hinduism, he said.”Chief Minister Omar Abdullah has said that the government has no problem in providing security for the yatra even for two months, then what is the problem with the Governor?,” he said.Togadia, who has arrived on a two-day visit to Jammu and Kashmir yesterday, said “The Governor and the Board should rectify their decision of the yatra curtailment.” The Shrine Board had decided to start the yatra from June 29 and conclude it on August 13, on the day of Raksha Bandhan.Replying to the questions that if government will not allow them to go ahead with the yatra on June 15, he said, “We will start the yatra on June 15 at all cost and in all circumstances. We, therefore, warn the Board and government to rectify the yatra curtailment decision immediately.” “The Governor will be responsible for the consequences if we are not allowed to go ahead with the yatra,” he said.

For more on this news, Kindly visit

Sun May 1 , 2011
Shri Madhavrao Sadashivrao Golwalkar, affectionately known as Shri Guruji, was the second Sarsanghachalak of Rashtriya Swayamsevak Sangh (RSS), from 1940-1973. It was Shri Guruji who nurtured the RSS and helped it attain a pre-eminent position in Bharat’s national life. A seer and visionary, he articulated the basic guiding principles of […] 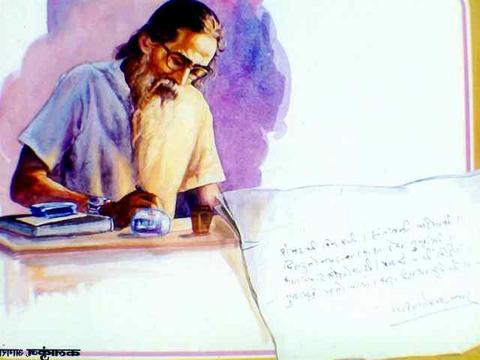