New Delhi: AS per a recent report in the press, Government of India has taken a loan of around one billion dollars or around 4,000 crore rupees to clean Ganga. River Ganga is worshipped A question arises as to why there was a need to take a loan from a foreign agency to clean this river? Is it not an insult to the crores of Indian people who have so much respect for this river. Will history would not say that India took a loan from the World Bank to clean Ganga which has been cleaning the souls and bodies of crores of people from thousands of years. This amount of few thousand crores is a peanut compared to the money involved in 2G technology corruption, corruption in Commonwealth games, black money deposited by Indians in foreign banks and several other type of corruptions which involves lakhs and lakhs of crores of rupees. Is the ruling UPA government not insulting the feelings of crores of Indians by taking loan from a foreign agency to clean Ganga? Has the former minister of forest and environment did not get even one thought in this direction that what type of blunder he is doing by making such agreements? It is still not late to cancel this loan and arrange funds from Indian exchequers for this purpose. Should we not have check on the Government for taking such actions? Should we not do agitation against such policies or has it been motively done by the UPA government to insult the feelings of crores of Indians in the name of non-communalism? Will the Cabinet or the Parliament would discuss this issue or will it require another fast or agitation?

Mon Aug 1 , 2011
Kochi, Aug 1 (PTI) : Former Supreme Court judge K T Thomas today praised the RSS for its discipline and said the propaganda that the organisation was anti-minority was “baseless”. Speaking at a function here, attended by RSS chief Mohan Bhagwat, he also said the ”smear campaign” against RSS that […] 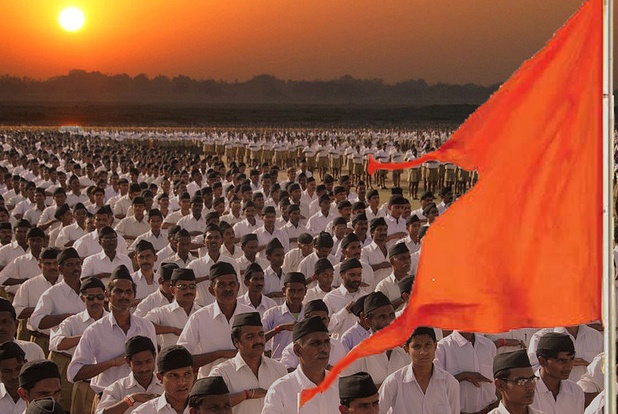