October 14:  Gorakhpur; UP: Rashtreeya Swayamsevak Sangh’s (RSS), supreme body, Akhil Bharateeya Karyakarini Mandal Baitak (ABKM), one of the highest body for policy formulationand decision making of  began today in Gorakhpur. The meeting will be held for 3 days on October 14, 15 and 16th  at Saraswati VIDYA Mandir Premises at Gorakhpur of Uttara Pradesh.

More than 400 prominent Sangh functionaries at Pranth Level (State), Several Social workers of different walks of life from nook and corners of the country will be participating in the meeting. 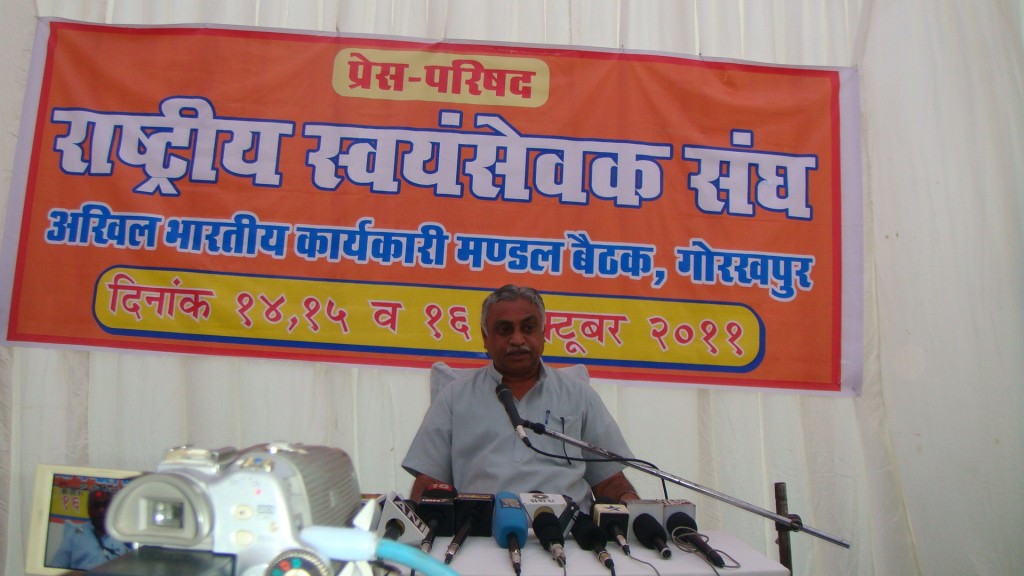