Akhil Bharatiya Vidyarthi Parishad staged a protest at the Malleshwaram 18th cross  bus stand demanding for an immediate ban on the anti-social and terrorist organizations KFD and PFI. In the background of 2 students of Hunsur being kidnapped and their parents blackmailed for a sum of 5 crores, and later found to be murdered barbarically by activists of KFD ABVP protested against the KFD strongly condemning the incident.

Speaking at the occasion City Secretary Ravikumar said that KFD has been active in various educational institutions and universities creating an atmosphere of fear among the students and professors. This organization is nothing but a terrorist organization which is backed by so called secular intellectuals of the state which is very much unfortunate. There are also many other organizations with different names but a common aim of collecting ransom and blackmailing students for terrorism. There is a need to expose all such activities and organizations and ABVP urges the state government to take immediate steps in this regard. ABVP also condemns the silence of the so called human rights activists who have once again exhibited their biased attitude. We ask the government to even enquire the suspicious role of the so called intellectuals, professors and scholars who have always been found supporting such kind of activity and organizations.

These organizations mainly work among students misleading them to involve in anti-social activities and also kidnap girls in the name of love. This all must be exposed once for all and serious action must be taken against all the culprits immediately he urged. He also said that ABVP will continue its campaign against such organizations and create awareness among the students regarding the real face of such anti-social organizations. Later a delegation under the leadership of ABVP divisional organization secretary Sri Vasant Kumar submitted a memorandum to the Principal Secretary, Home Ministry and urged for an immediate ban on those organizations. 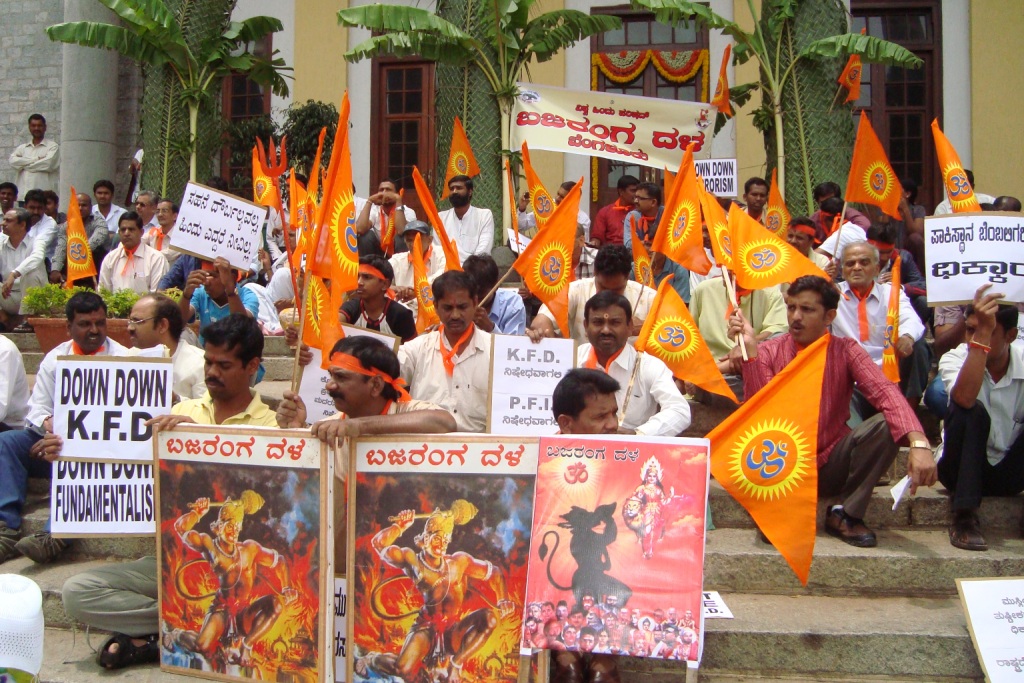