Al-Qaeda’s new chief, and its war within

Ayman al-Zawahiri has been at the centre of a stormy debate over the jihadist movement’s future.

“Liberating the Muslim nation” reads Knights under the Prophet’s Banner, “confronting the enemies of Islam and launching a jihad against them, require a Muslim authority, established on a Muslim land, that raises the banner of jihad and rallies the Muslims around it”.

“Without achieving this goal, our actions will mean nothing more than mere and repeated disturbances.”

Four weeks after Ayman Muhammad Rabi al-Zawahiri published al-Qaeda’s seminal manifesto online, the forces unleashed by the tragic events of 9/11 led to the disintegration of the state he hoped would spearhead a global Islamist revolution. Taliban-ruled Afghanistan disintegrated in the face of western military power. In the years since, al-Qaeda has re-emerged resurgent, building ever more powerful in the arc of states from Mali to Indonesia.

But the real goal remains elusive: and now, as al-Qaeda’s newly-appointed chief, it will be al-Zawahiri’s goal to see what might be done to secure it.

Faced with deep and little-understood dissent within his ranks, and a storm of events across the Middle-East which seem to have rendered irrelevant al-Qaeda’s core belief that Islamist-led violence would alone spearhead change, his prospects appear bleak.

Born into a well-connected upper-middle class family from suburban Cairo, al-Zawahiri grew up in a scholarly milieu: he is said to have excelled as a student, been drawn to poetry, and hated organised sports, seeing them as “inhumane”.

He was drawn to the teachings of the Islamist ideologue Syed Qutb as a teenager, and joined the Muslim Brotherhood when he was just 14. Qutb, whose works Milestones and In the shade of the Quran are foundational texts for the global Islamist movement, was executed in 1966, for his alleged role in a plot to assassinate Egypt’s President, Gamal Abdel Nasser. Al-Zawahiri, with four other schoolchildren, set up an underground cell to stage an Islamist revolution.

In the years that followed, al-Zawahiri would train as a doctor and specialise as a surgeon. He married Cairo university philosophy student Azza Nowari in 1978; their wedding, held at the Continental Hotel, attracted attention in the liberal Cairo of the times: men were segregated from women, photographers and musicians were kept away, and joking banter was discouraged.

But following the assassination of Egyptian President Anwar Sadat in 1981, al-Zawahiri was among hundreds arrested and tortured. Released after three years in prison, he fled the country, and began practising medicine in Saudi Arabia. There, he came into contact with Osama bin-Laden. He first travelled to visit bin Laden-funded jihad facilities in Pakistan in 1985, a relationship that would slowly mature until 2001, when the EIJ formally merged with al-Qaeda.

The two men became inseparable: the intellectual, serious al-Zawahiri providing the perfect foil to the enthusiastic but politically immature bin Laden. Both men helped plan 9/11; it was to be al-Qaeda’s greatest moment: a spectacular gesture that would precipitate a civilisational cataclysm between Islam and the west and signal that the power of the United States was illusory.

Azza, al-Zawahiri’s wife, and his youngest daughter Aisha would both die in November, 2001, pinned under the debris of an al-Qaeda guesthouse hit by American bombs in Afghanistan.

Al-Zawahiri himself would spend the rest of his life trying to clear away the wreckage from around al-Qaeda.

Now appointed commander of the organisation following the killing of his friend by United States special forces, al-Zawahiri also faces a war within. More than a few inside al-Qaeda are said to believe the job should have gone to Muhammad Ibrahim Makkawi, also known as Saif al-Adel: part of a small caucus of top al-Qaeda commanders, including Saeed al-Masri and Mahfouz Ould al-Walid, who are reputed to have opposed the 9/11 attacks, saying they would destroy the Islamist state in Afghanistan and thus retard the movement’s progress. Ever since 2009, following the death of jihadist commander Muhammad Atef, Makkai has commanded al-Qaeda’s military assets—which means al-Zawahiri will have to rely on his allies among the jihadist movement in Pakistan to exercise power, not the people who built the organisation. Part of the story about al-Qaeda’s internal dissensions became public in 2009, when the jihad veteran Abdullah Muhammad Fazul published his memoirs online. Fazul, who joined the jihadist movement as a teenager in 1991, drew a sharp distinction between the jihadists grouped in what he called the “original al-Qaeda” and al-Zawahiri’s Egyptian Jihad cadre.

For all practical purposes, he wrote, the original al-Qaeda jihadists saw al-Makkawi as their commander. Even though, he wrote, al-Zawahiri “is called the number two man in the organization, but we don’t have firsts and seconds in Islam, all are equal before God, and in any case I have never once taken orders from [him]”

Last year, Nasser al-Bahri, bin Laden’s bodyguard until the events of 9/11, published memoirs which included a similar unflattering assessment of al-Zawahiri. “Bin Laden,” he argued, “is a born leader.” But Zawahiri had “generated a great deal of reserve, sometimes very harsh criticism,” al-Bahri wrote. “I doubt he has sufficient authority for such a position, even with his well-known authoritarianism and his penchant for centralizing power in himself.”

Kuwaiti cleric-turned al-Qaeda operative Suleiman Abu Gaith — who won notoriety by appearing in a video broadcast on al-Jazeera weeks after 9/11, proclaiming that “the storm of the planes will not stop” — also last year published an online manifesto highly critical of bin Laden’s leadership.

Ghaith lashed out at al-Qaeda for “taking decisions in haste which led to a big defeat.” The poor decision making, he said, was a consequence of bin Laden being “encircled by a bunch of advisers who do not qualify to give advice”— a reference, presumably, to al-Zawahiri. He was also critical of al-Zawahiri’s politics, which had led to “isolation of yourself and the mujahideen from the mainstream Islamic movements and from the Muslim world.”

Zawahiri has repeatedly attempted to defend himself. In 2008, responding to such criticisms, he said his critics, by refusing to countenance the loss of innocent life in a contest between grossly asymmetric adversaries, were in effect advocating capitulation. The voices of Islamist critics of al-Qaeda appear to have been growing ever louder.

Even as al-Zawahiri’s military success will depend on the cooperation he musters from Pakistani jihadist groups, the outcome of these debates could lie in the hands of a new generation of jihadist ideologues who have proved adroit in using new media to spread their message.

Key among the new ideologues are Libyan-born Muhammad Hasan Abu Bakr, who has occupied centre-stage in al-Qaeda’s media campaigns since he escaped from Kabul’s Bagram prison in 2005. Known by the alias Yahya al-Libi, Abu Bakr has delivered several impassioned video sermons, drawing from Islamic juridical tradition to argue al-Qaeda’s cause.

Perhaps best-known, though, is the Yemeni-American preacher Anwar al-Awlaki — the English speaking face of al-Qaeda, whose sermons and books have been translated into a dozen languages. Al-Awlaki’s words inspired the actions of Umar Farooq Abdulmutallab, a Nigerian national who attempted to blow himself up on a transatlantic jet in 2009, as well as the United States military psychiatrist, Nidal Malik Hasan, who killed 13 when he opened fire inside a military base in Texas

Barack Obama authorised the assassination of al-Awlaki in April 2010, making him the first citizen of the United States to be placed on the Central Intelligence Agency’s death-list.

In a recent article, researcher Christopher Anzalone argued that these “charismatic communicators will play an increasingly important role in ensuring the survival of the transnational jihadi trend in the aftermath of bin Laden’s killing”.

But will Zawahiri and the al-Qaeda he helped build guide that new jihadist current? Cut off from the mainstream of the Islamist movement in the Middle-East, where parties like the Muslim Brotherhood are poised to acquire power through democratic means; battered by relentless United States military pressure; isolated from his own organisation’s most influential minds, Zawahiri more likely than not has often contemplated the terrible strategic error of 9/11.

He may in time come to be seen as the figure who presided over the death of the old al-Qaeda — not the man who gave it birth again after bin Laden’s death.

Fri Jun 17 , 2011
BUSINESS LINE Editorial June 8, 2011 Do people matter? If it is fine for the NAC to recommend legislation, why is it not all right for Anna Hazare and Baba Ramdev to do likewise? Cracking under the relentless pressure from the Hazare-Ramdev campaigns over the last eight weeks, the Government […] 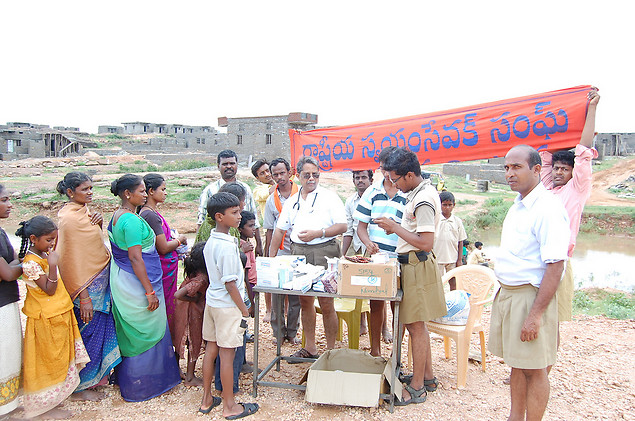