Bangalore; May 9: “The trifurcation of  the Ram Janmabhoomi has been stayed by the Hon’ble Supreme Court and daily worship of the Ram lalla has been upheld. It was obvious that court stayed the Allahabad HC verdict, as all the petitioners have asked for the stay on it” Said RSS National Executive Council Member Shri Ram Madhav.

He was speaking to media persons at RSS State Headquarters ‘Keshavakrupa’ in Bangalore today.

Replying to a reporter’s question on the demand of RSS on this issue, Ram Madhav said “We are for a magnificent Ram temple in Ayodhya . Ideally we wish the issue to be settled outside the court but it has moved too far in the court. So everyone should wait for the legal process to conclude” .

He was addressing the media in the backdrop of the Supreme Court decision to stay the Allahabad High Court’s verdict on the trifurcation of Shri Ram Janmabhoomi. Earlier on September 30th, 2010 Allahabad Apex court gave a historic verdict saying that the disputed land is Sri Ramjanmabhoomi and is to be divided in 3 parts.

Mon May 9 , 2011
Bangalore: Veteran RSS Pracharak, thinker, writer, Social Worker Dr.Upendra Shenoy passes away on Monday, 9th May 2011 evening at 6.15pm at Bangalore. He was suffering from prolonged illness of kidney. Dr. Upendra Shenoy had deep knowledge in multiple fields. He was an expert in medicine, education, philosophy and agriculture among […] 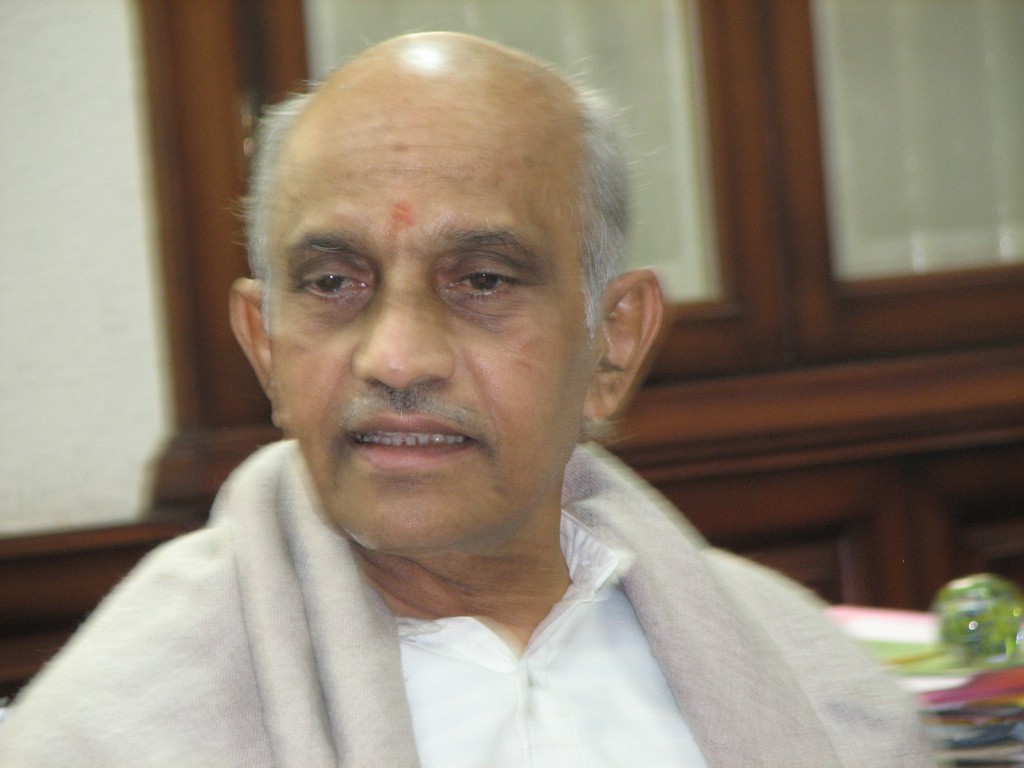