Pune: “THE movement of Anna Hazare proved to be much needed island of faith in the current spate of corruption that virtually wiped out the hopes and shattered the faith of common man in the system. The success and spontaneous popular support the movement received countrywide was an indication of the crisis of ethos and identity confronting the Indian society today,” said Rashtriya Swayamsevak Sangh Sarsanghachalak Shri Mohan Bhagwat in Pune on August 30. Shri Bhagwat was speaking at the function organised by Janata Sahakari Bank, Pune to present an award in memory of the late Moropant Pingle. The coveted award was given to Nagpur-based SAKSHAM – an organisation working for the betterment of physically challenged and visually impaired persons in the country. The award was received by SAKSHAM’s Dr Milind Kasbekar and Shirish Darvekar at the hands of RSS chief at the function.

The Sarsanghchalak further said that when the people lost all the faith in the system, they followed Anna Hazare who stood like a solid rock against corruption. For them the movement brought a ray of hope they were eagerly waiting for. Corruption has shattered the faith of the people in the system. More so, it has created a widening gap between our ethos and behaviour leading to a crisis of credibility. Anna’s movement brought the issue of corruption at the forefront again and it was being widely discussed globally. But hardly anyone has made efforts to go deeper to find out the root cause this corruption, Shri Bhagwat observed.

The Sarsanghachalak further said that Anna Hazare’a movement rekindled that hope, brought in the much sought after delight and pride by the common masses. “We need such movements at every step in our social life, he added.

Shri Bhagwat underlined the need to delve deeper to fathom out the real cause of this social malady called corruption. India was known world over as a country of spiritual attitude. “We are not the people who lead a materialistic life. We accord highest priority to benevolence and charity over materialism. But today we find that the atmosphere around is ridden with crisis of credibility. This happened because we forgot our true identity as a value-based society and allowed ourselves to be drowned in the spate of materialism”, he added.

Eulogizing the efficiency and achievement of the Janata Sahakari Bank, Dr Bhagwat said this was possible because all the members of the Board of Directors and workers worked with devotion and consistency. “This bank was once in the red. However, they have now scored a healthy profit. We need more such examples to stop the erosion of faith,” he said.

According to RSS Chief this was also possible because the bank possessed the strength of character, which was an intrinsic RSS value. “In tough times, it is our faith system that sustains us. We must never allow a crisis of faith to befall us,” he said.

Janata Sahakari Bank chairman Shri Arvind Khaladkar was felicitated at the hands of Shri Mohan Bhagwat for the extraordinary and firm but calm leadership he provided to the Board of Directors of the bank during the times of crisis which resulted in the ‘Turn Around’. Banks software consultant Shri Prashant Pol, who was responsible to the core banking solution, general manager-recovery Shri Sadanand Joshi were also felicitated with a volunteer Sadanand Bhagwat, who single-handedly raised deposits for the bank in time of crisis.

RSS to Support all Kinds of anti-corruption movements, even Advani's yatra against corruption.

Fri Sep 9 , 2011
New Delhi: RSS Senior Functionary Sri Ram Madhav said that “All affiliates of the RSS have already been asked to actively participate in all anti-corruption campaigns, as we did in the Anna Hazare-led movement. RSS will Support all Kinds of anti-corruption movements, even if it is Advani’s yatra against corruption.”  […] 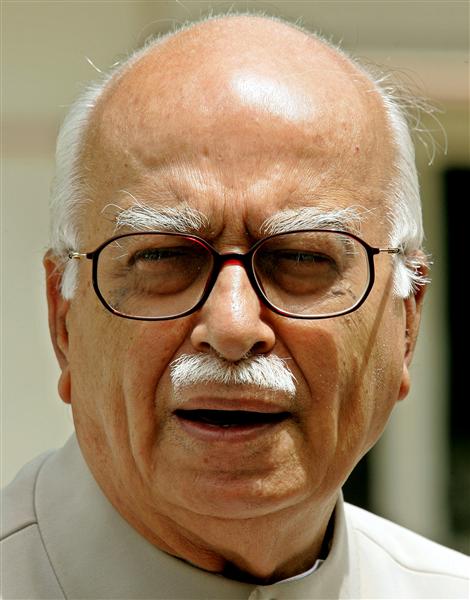