Prof Sadhu Rangarajan Swamiji, of Bharat Mata Vidya Mandir KR Puram, addressed the gathering during the occasion and demanded for a strong law to stop mass or individual forced conversions.

Nearly 2000 people gathered during the protest.

Hindu Jagaran Vedike is celebrating its 25th anniversary this year. Mon Nov 28 , 2011
NewDelhi: IE report Ten days after seven accused in the 2006 Malegaon blast case were released on bail, partly because of his confession that Hindu extremists were behind the attack, Swami Aseemanand has questioned the decision, reiterating that he had already retracted that statement made by him under “extortion”. In […] 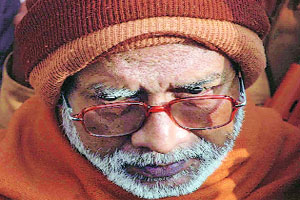