Bangalore Feb-19:  “RSS is being portrayed as communal, Hindu fundamentalist organisation with the intention of maligning the image of Sangh. Sangh has successfully withstood such false propaganda in the past, even it will answer all allegations, the word Hindu Terrorism is nothing but a myth. The words ‘Hindu’ and ‘Terror’ are oxymorons” says Senior RSS functionary Ram Madhav at Bangalore.

“Usage of phrases like ‘Hindu Terrorism’ or ‘Saffron Terrorism’ is intended to distort Hindu thought and to weaken the moral of Hindu society. This attempt is being made by some political leaders to ensure their self interest in future politics” he said.

He was addressing a select audience at Rashtrotthana Sharirk Shiksha Kendra Bangalore in a interactive programme organised by noted Intellectual Forum Manthana-Bangalore.

Ram Madhav further said, “there is a big political conspiracy to defame RSS & anyone who involves in terror activities cannot be called as a Hindu. Because the word ‘Hindu Terror itself is Oxymoron (Contradictory statements).  He completely denied any links of the accused in any terror acts with RSS.

Accusing political parties of misusing investigative agencies for a false political propaganda of defaming sangh. ‘Why was the CBI failed to meet its appointment with Indresh Kumar, while the later was waiting for the CBI officials’, Madhav asked. Finally Indresh was asked to come to CBI headquarters & was asked unrelated questions, just to stretch to time’ he said.

RSS has been completely cooperating with Investigative agencies & we are ready for all kinds of probes, he said. While elaborating the professionalism of creating vendetta of Hindu Terror, Ram Madav said, ‘on jan 3rd a lawyer given by court asked Aseemanand in Chandigrah, has he given confession?. Aseemanand replied by saying, he has not given any confession. Before this incident, the so called confession statements  were selectively leaked to the hands of media. So, RSS demands for a transparent investigation into the matter, not vindictive probe’. He stressed that, he is not supporting anyone, but demanded for a transparent investigation.

He questioned the credibility of investigative agencies as agencies have accused LeT & Al-Qaida for all these terror attacks & now accusing another different group. ‘Whats the gurantee that the investigative agencies will not change their stand again?’, Ram Madhav questioned. He expressed concern over the way the probe has been conducted, not just because its trying to link terror with RSS, but because, the patriotic Indian Army is also defamed & Indian status has fallen infront of Pakistan on talks of terror. 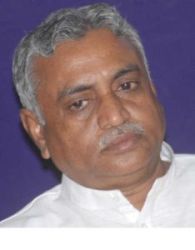