Mangalore today witnessed  a huge protest against proposed bill Communal and Targeted violence prevention act 2011. A number of Hindu organizations, under the banner of the Hindu Hitarakshana Vedike protested on Wednesday at 4:00 p.m. at Kendra  Maidan. A huge procession was organized from Dr. B. R. Ambedkar Circle to the protest venue before the protest. “The National Advisory Council is trying to bring a law which not even the worst dictators in the history of the world could come up with. The law is completely “uncivilized”,  Dr Bhat said.  He described the bill as an assault to the peace-loving Hindu society of our nation. He added that Sonia Gandhi cannot to fool the nation, like she had lured Rajiv Gandhi in the past. 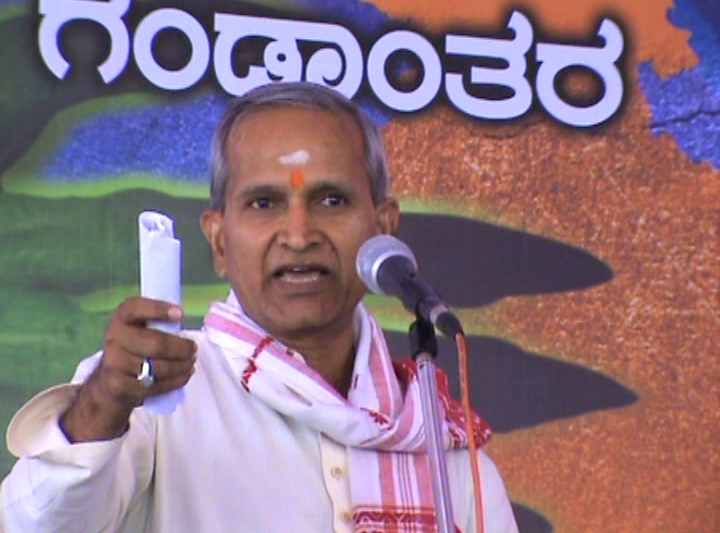