“Pakistan has not changed its policy on terrorism,’’ he told a Hindu Convention organised by the RSS here. He said the Centre and the J and K governments were not taking the issue seriously and it (withdrawal of AFSPA) would aggravate the problem in the Valley.

Reiterating the right-wing body’s opposition to the proposed communal violence Bill, Bhagwat said the National Advisory Council (NAC) got the draft prepared by two persons whose track record was anti-Hindu. He said the Bill would encourage fights (between communities) and wondered why it was available on a website before it was discussed by Parliament.

“Some people are scared of calling themselves Hindus in public because they think it would harm their interests,’’ he said without naming anyone. An RSS insider claimed it was part of a strategy to ignore the Congress leader.

Ten generations ago every Indian was a Hindu because their ancestors were Hindus, he said, quoting a genome study of those living in the Indo-Iranian Plate, which he called Akhand Bharat, as having the same DNA 40,000 years ago.

Quoting a conversation he had with a Muslim Rajya Sabha member who wanted to know why the RSS opposed the Sachar Committee recommendations, Bhagwat said his organisation would change its stand if the community accepted that they had common ancestors.

We may have changed the way of worship over the years. We are heirs of Ram and Krishna and not Babar or Akbar,’’ he said insisting that only the thought of Hindutva could unite the country because it was accommodating. 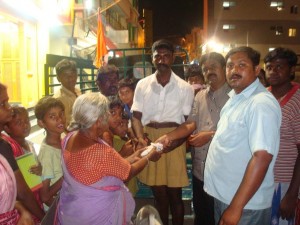