Mohan ji Bhagwat, Sarasanghachalak of Rashtriya Swayamsevak Sangh, addressed a gathering of select swayamsevaks at Mysore today evening. He was delivering a BOUDHIK VARG (Lecture on Organisational issues) organised by RSS Karnataka Dakhsnin Pranth in a two day state level convention of  for office bearers at taluk/Tahsil level. These office bearers areSecretaries for a taluk unit of RSS. The speech summary is given below:

“Swayamsevks should be committed to a strong Hindu nation. That is the only solution for many problems faced by India. Social change can be brought out by leaders who are morally upright.  Corruption can not be eliminated only by sustaining Anna Hazare type movements. Corrupt mindset and attitude should be eliminated. I had told in Chennai Bauddhik that corruption could be rooted out if such an enviroment is created everywhere. On the same day, Anna Hazare concluded his fast and had exressed the same views. Sangh, in accordance with the resolution passed in Puttur Baitak, will extend its support to any one who initiates an effort to end corruption.  Swayamsevaks have adhered to the resolution of the Sangh in letter and spirit.  The menace of corruption could be controlled only when everyone in the society honestly adopts  a self restrained simple life style.

Our society is marred by several defects like terrorism, corruption and intolerence. It is not possible to make India glorious without removing these defects.  Hindu society has to shed its disunited nature and mistaken identity and realize that it is a vibrant society. This is the viewpoint of Sangh. Gandhiji, Ambedkar, Subhaschandra Bose and others had proposed the same as ideas of Dr. Hedgewar.

Last year, on the last day of the convention of 40000 Swayamsevaks in Bangalore, about 2 lakh people had assembed. After the programme, within 45minutes, all of them dispersed peacefully without affecting the flow of traffic.  Police officers were surprised by this discipline. They were told that Sangh inculcates values among its volunteers to create such a desirable situation. If honest swayamsevaks with high morality are available in every village of this country through Shakha work, its influence would be visible in all spheres of national life. To make it happen,  more number of Pravasi Karyakarthas are required. Is my family aligned with ideals propounded by Sangh? Am I dedicating 1/3rd of my time, earnings to Sangh? Swayamsevaks have to ask these questions to themselves? A suitable answer to this question will take our country to the glory that we are dreaming.”

He was addressing an organizational gathering in Mysore at Ganapathi Sacchidananda Ashram. District level office bearers of Karnataka Dakshina Prantha and more than 2500  Swayamsevaks in uniform from Mysore Chamarajnagar and Mandya districts attended the programme.

Tue Sep 13 , 2011
For sheer gall, there’s nothing to beat the draft Prevention of Communal and Targeted Violence (Access to Justice and Reparations) Bill, 2011. If allowed to become law in its current form, it will not only exacerbate communalism, but also destroy the foundations of our federal structure. Here are nine reasons […] 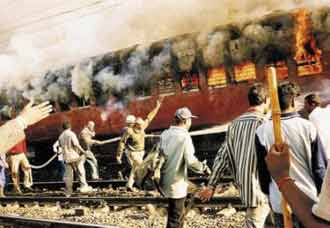