Bangalore August 15:   It was a ocean of patriotism at Banappa Park, Near Corporation Circle Bangalore when Dr Pravin Bhai Togadia inspired the public who gathered in thousands. It was the occasion of midnight celebration of Independence day along with a commitment of making a dream come true of Akhand Bharat, the Integrated India. Hindu Jagaran Vedike, an organisation for Hindu awakening  organised this Akhand Bharat Sankalp Diwas programme  as a part of Independence day celebrations. The event is organised to awaken the society, to counter the challenges to national integrity, to unite the citizens against anti-social elements, to mobilise public opinion against fanatic, terrorist-seperatist, anti national groups. Full text of the Prime Minister's address from Red Fort on Independence Day:

Sun Aug 14 , 2011
New Delhi:  Following is the text of the Prime Minister, Dr Manmohan Singh’s address from the ramparts of Red Fort on the occasion of Independence Day: My dear countrymen, I heartily greet 120 crore Indians on the 64th anniversary of our independence. I have been addressing you from the historic Red […] 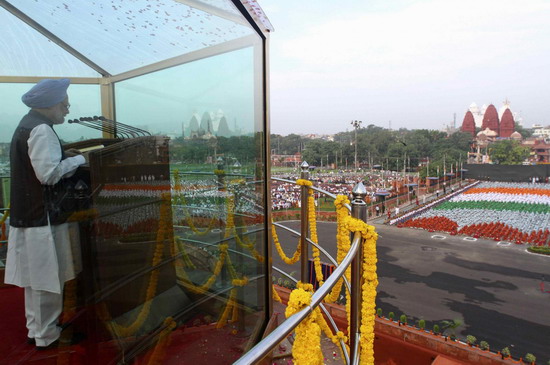