A group of Hindus from Pakistan have been living in miserable conditions in Delhi for weeks now, refusing to go back home because of the threat to life and honour in their homeland. “Kill us but do not deport us” they say in anguish. (Organiser issue dated December 25, 2011 and January 1, 2012). Is anyone listening?

During partition, the Hindu population in Pakistan was around 25 per cent. Sixty years later, it has dropped to less than two per cent. Of the 400-odd temples then, only 26 are functioning today. Routinely, the cremating rights are denied to Hindus there, forcing them to bury their dead, much against the religious faith of the Hindus. The last crematorium of Sindh was broken down in July 2010.

The Hindus camping in Delhi narrate heart-wrenching stories of teasing, torture, and dishonour to their women. Hindus are forced to learn Quran as part of the curriculum and are persistently advised to convert to Islam. According to these refugee Hindus, since arriving in Delhi they have been contacted by people speaking on behalf of the Imam of Jama Masjid, assuring that if they convert, they would be given Indian citizenship, ration card and other facilities.

The Government of India has not shown any indication that it is hearing these voices. That is not surprising. The government has always turned a deaf ear to the pleas for help of Hindus, in India or outside. The Malaysian Hindus have been facing serious threat for years now. Their temples, some of which are over three hundred years old, have been razed to the ground in a few hours notice. Their business establishments have been shut down on flimsy grounds.

The story of Bangladeshi Hindus is pathetic. The Nepali Hindus settled in Bhutan for generations have become international refugees and are being helped by European countries. But not India. In the book The 9/11 Wars Jason Burke describes how America, the UN and some European countries tried to save the demolition of the Bamiyan Buddha by the Islamic terrorists. Here again India’s name was missing for, it did not make any effort to intervene to stop the demolition of a cultural landmark that is part of the Hindu heritage.

The voices of Kashmiri Hindus who have become refugees in their own country, deprived of their land, property and voting rights do not reach the ears of the government or the media that forever celebrates human rights. One alleged fake encounter could occupy reams of newsprint and hours of TV time if the victim is a non-Hindu or a Marxist. But not the genuine plight of the Hindus who have only India to call as their home.

The trauma of the Hindus of Pakistan is not a breaking news story. There have been several batches of Hindus who have arrived here, refused to go back but have been forced to return. The official apathy has driven several Hindus from Baluch back into the hell-hole as reported recently by the Sunday Guardian.

It is an irony that the Indian government and the members of Parliament who rose to protect the ‘honour’ of Bhagawat Gita, would not speak up for the Hindus who are being persecuted across the border. Is this also part of the damned secular politics?

Who said what on Lokpal in Rajya Sabha: Quotes

Thu Dec 29 , 2011
NEW DELHI: The Rajya Sabha on Thursday debated the Lokpal bill that was passed by the Lok Sabha two days ago.  Here are some of the quotes:  11:54 Arun Jaitley (BJP) * We don’t want a weak and hollow law. We are here today with the hope that the govt’s weak bill will be […] 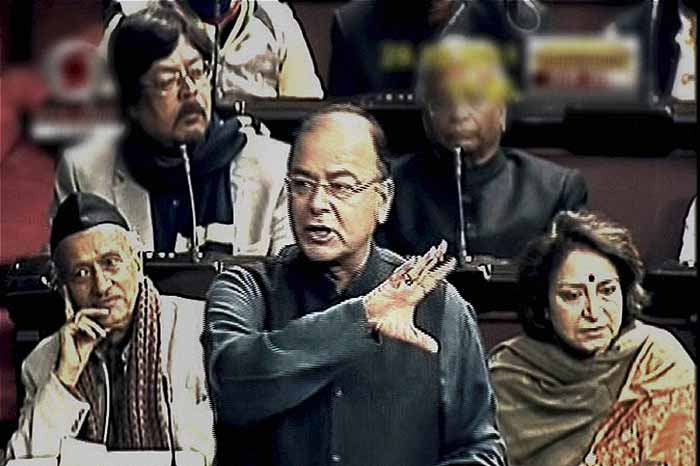