Woman is the nucleus of Indian culture. She plays various roles such as mother, daughter, sister, wife, etc and in each role she plays, lies the welfare of the nation. Mother is regarded as the first Guru of the child. She grooms the child so as to make him a responsible citizen. Maitreyi Gurukulam has revived the tradition of Vedic education for women that was lost in the passage of time.

The Gurukulam for women has been started so as to induce ideal womanhood and make girl child service oriented. It is obviously through her that the ideal society of the future is going to be shaped. The project is run under the aegis of a local Trust that is a part of Hindu Sewa Pratisthan, Karnataka.

The Gurukulam is situated in a serene atmosphere in Moorukaje village, 4 km off Vittla, Bantwal taluka, Dakshin Kannada district, Karnataka. Hindu tradition does not approve commercialization of education, medicine and food; the three essentials in life. Maitreyi Gurukulam being true to tradition does not charge fees from the students. Education including lodging and boarding is provided free of cost in the Gurukulam that is run on public contribution. The education being free of cost, being supported by a philanthropic society in the vicinity of the project, was looked down by many as the Gurukulam sprouted initially. However the society has recognized this endeavour and now the entrance test qualifiers only get the admission.

Gurus sit on the platforms and the shishyas sit on the floor, right beneath the huge ‘cool’ green trees. No blackboards, chalk pieces and dusters; the oral tradition being practiced flawlessly in a modern world where no one understands a concept unless it is presented through visuals. Most of the girls come from rural areas. The admission is open to all Hindu girls above 10 years of age without any consideration for caste and class with only 20 students per batch. The first phase consists of six-year course and the admission to the higher course is given on the successful completion of the first phase. The evolution of a personality is being experimented in this lab of human performances.

Two decades ago, an old couple , the owner of over 100 acres of land costing some crores, used to live happily on that land with some 200 dogs and they served the dogs as the service to the Almighty. However, after the demise of the husband, the old lady wished to donate this land to some voluntary organization working for welfare of women and approached a Sangh karyakarta. The karyakarya rejected her offer with a premise that he does not have enough manpower to take care of the huge plot.

The noble lady had her road map drawn clear in her mind. One day, she handed over the papers to that karyakarta and walked away triumphantly! She left for heavenly abode in a week with the satisfaction in her heart that she has handed over the property to a correct person. A team of karyakartas started working day and night to turn the dream of the noble lady into reality. Now the dream has come true as Maitreyi Gurukulam.

Salient feature of the Gurukulam:

1) Learning through the medium of the mother tongue-Kannada.

3) A perfect blend of traditional knowledge and modern information. Hence Vedas, Yoga, agriculture, native medicines and modern science form the core subjects of this multidimensional curriculum. Revival of the tradition of women learning Vedas is also an important aspect of the Gurukulam.

5) Learning with a spiritual outlook.

6) Extra facilities to study literature, music and other fine arts.

By air: Mangalore’s Wajpe Airport is 10 km away from the city. Regular flights are available from Bangalore and Chennai for Mangalore.

By rail: Mangalore is important station on Southern Railway. It is well connected with all major cities of India such as Kochi, Chennai, Bangalore, Thiruvananthapuram, etc.

By road: Mangalore to Bantwal distance is 16 km. From Bantwal, Moorukaje can be reached through Vittla. Mangalore is 40 km away from Vittla and from Vittla, Moorukaje is situated at 4 km distance.

Sun Aug 7 , 2011
New Delhi: Indraprastha Vishwa Samvad Kendra (VSK), the media arm of Rashtriya Swayamsevak Sangh (RSS) on Friday celebrated the Narad Jayanti by felicitating journalists and hailing their contribution towards betterment of the society. Narad Jayanti was chosen as the felicitation day as Devrishi Narad is the first journalist in this […] 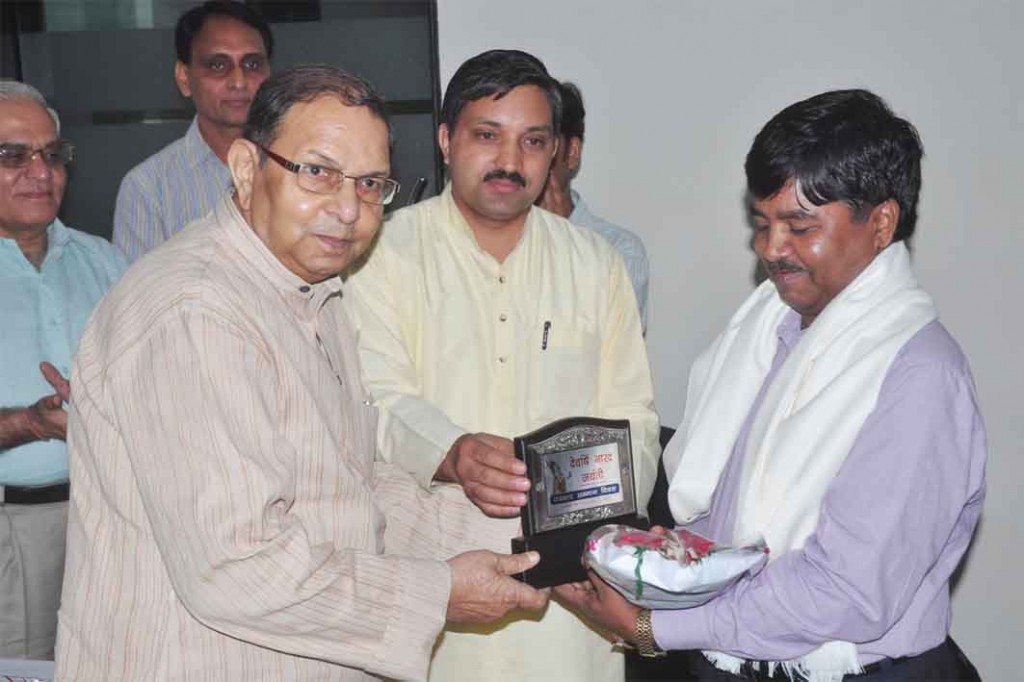