REPORT ON THE NATIONAL COUNCIL MEETING OF

1.         The National Council Meeting of AKHIL BHARATIYA ADHIVAKTA PARISHAD ABAP was scheduled on 27th and 28th Decemmber’2010 at Bangalore.  The delegates, numbering 138, from all States of the Country participated in the two days meeting.  The theme for deliberations was “Parliamentary System: Reforms”.  The deliberations regarding organizational work and the Resolution were conducted.

3.         Hon’ble Justice Sri. M.N. Venkatachalaiah spoke at length regarding genesis of the Parliamentary System.  The importance of the Cabinet and the pivotal role played by the Prime Minister in the system.  He said that the majority of the Parliamentarians and Legislators do not in actuality, represent the majority of the voters. But, due to first past post system they have been elected.  He suggested reforms in the system so as to make the Parliamentarians more responsible to the citizens.  He suggested Electoral Reforms to bring about qualitative enhancement in the elected representatives.  Sri. M.N. Venkatachalaiah also advised the legal fraternity that it had a great responsibility and it has to work pro-actively to uphold the Constitution and Rule of Law.

4.         Justice Sri. M. Rama Jois, in the First Working session of the meeting, spoke about the various reforms and amendments required in the Constitution to bring fundamental improvement in the working of the system.  He emphasized that uniform marriage laws, protection of Cow, prohibition of liquor which are all in the IV Schedule of the Constitution namely Directive Principles of State Policy, are to be incorporated in the III Schedule i.e., in the Fundamental Rights chapter of the Constitution.  He emphasized the concept of Dharma, Trivarga and especially Arthashoucha.  He opined that purity in the means of acquisition of wealth is the foremost requirement for individual and societal well-being.  He stressed that no person can be clean by taking bath 100 times or by going round and round the temples, if his means of acquiring wealth are immoral.

5.         In the II working session, former Secretary General of the Loksabha, renowned Scholar and Author Dr. Subhash.C.Kashyap gave a thought provoking lecture on the measures that can be taken for bringing Parliamentary as well as Electoral Reforms.  Question and answer session after the lecture was highly spirited.  Sri. Subhash.C.Kashyap answered the queries of the delegates and the outcome was intellectually enriching and enlightening.

6.         This session was followed by III working session which included the placing of draft Resolution for contemplation and deliberation of the delegates.  Sri. Srinivas Murthy, Advocate, Andhra Pradesh gave an introductory note.  Sri. Vikramjit Banerjee, Advocate at the Supreme Court of India, read the draft Resolution in English and Another Delegate read out the Hindi version of the Resolution.

7.         The last programme for the day was Bharatanatyam performed by young artistes.  The delegates and dignitaries were enthralled by the performance of the young artistes who were mostly school children.

8.         On 28th December’10, the IV and the last working session was devoted to the deliberations on the organizational work of ABAP in all the States.  The Secretaries of each State presented a note on the working and programme conducted by the Adhivakta Parishad in their respective States.  This was followed by the passing of the Resolution by the delegates. It was resolved that reforms to the Parliamentary system are a must and such reforms as are required to make the system more responsive to the masses of the country are imminent. The Resolution also stressed the need to Indianize the Parliamentary system, by incorporating the thoughts of Mahatma Gandhi, Swami Vivekananda and Dattopant Thengadi. (copy of the Resolution is attached).

9.         After the last working session, Sri. Suryakishanji, National Sangathan Manthri of ABAP was felicitated.  Vedaghosha was conducted by two Acharyas of Veda Vignana Gurukulam, Bangalore.  Sri. Bhupender Yadav, Advocate, Supreme Court of India spoke about the personality and contribution of Sri. Surya Kishanji to ABAP.  Sri. Surya Kishanji was relieved of his responsibility as Sangathan Manthri and henceforth he would guide the organization as Margadarshak. Sri. kamalesh Singhji, who was the Saha Sangatan Mantri, was declared as the Sangatan Mantri of ABAP

10.       It was decided to hold next Executive Committee Meeting at Jodhpur, Rajasthan, during April/May’2011.  Sri. Bharathkumar, All India General Secretary of ABAP spoke at the concluding session.  Sri. M.B. Naragund, President, Abhivaktha Parishath, Karnataka and his wife Smt. Sona were felicitated.

11.       The session was followed by the samarop, where in. Sri. madan Das Devi ji had addressed the delegates, and spoke about the need for the organization and guided the delegates

12.       The delegates expressed their happiness with regard to the arrangements, food, lodging, hospitality.  The delegates were accommodated at comfortable hotels.  Bangalore sightseeing was organized for the family members of the delegates.  Tasty food, taking into account the needs of delegates from various parts of the Country was provided. 60 YEARS OF OUR CONSTITUTION : THE ROAD AHEAD

Wed Jan 5 , 2011
60 YEARS OF OUR CONSTITUTION : THE ROAD AHEAD By Justice Parvat Rao, Hyderabad:- Though our Constitution was adopted on 26th November, 1949, it commenced fully on 26th January, 1950. How our Constitution came to be framed and how it evolved during this period will be a timely study now […] 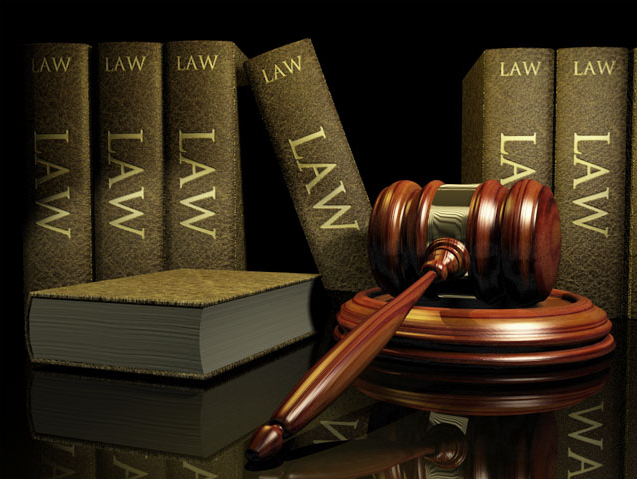