Full text of  the press release:

Inspired by a single motto, the chief personnel of various Sangh Parivar organizations that are active in social and national spheres assemble together every 3-4 years with the intention of contemplation and planning. During the meeting, there is a mutual exchange of various experiences too.

In the chain of these meetings, the interactive gathering at Ujjain has just concluded, where discussions have been held on various aspects. Along with this, there has also been a deep pondering over the current social scenario as well.

Retrieval of black-money and prevalence of corruption has become a matter of serious deliberation all over the nation. Against this glaring issue that has been causing deep distress to the general public, the citizens’ voice is now being articulated as a sharp agitation. Be it the “Youth Against Corruption” campaign launched by ABVP or the protest for implementation of ideals under the initiative of Swami Ramdevji’s “Bharat Swabhiman Trust” or the uprising under the leadership of Anna Hazareji for the implementation of Janlokpal Bill, the public participation and consent received in favour of these agitations are indicative of intense nationalism and devotion to a cause.

The resolution passed at the “Akhil Bharatiya Pratinidhi Sabha” organized by Rashtriya Swayamsevak Sangh, which concluded on March 2011, has stated clearly that any form of protest voiced against corruption will be supported by Sangh. Following this, the Swayamsevaks have been active participants in any such demonstration. In a nutshell, this endeavor of ours will continue. Also, we strongly believe that there is the necessity for an integrated and coordinated effort by the different campaigners. It is vital that everyone moves forward as one, in unity.

The decision of the ruling class was to stifle the agitation that has been moving forward peacefully. The issuing and implementation of detention against a non-violent and organized campaign, instead of conducting peaceful negotiations and deriving at amicable solutions is indeed beyond comprehension. In a democracy, the duty and responsibility of the elected representatives is to take decisions and usher in peace, taking into consideration the citizen’s views.

The Prevention of Communal and Targeted Violence Bill, 2011, to be passed by the National Advisory Council will prove to be disastrous to the social harmony and national unity. The bill will wound the very roots of our constitution. Not only this, it is also bound to sow and reap the seeds of distrust and dissolution. This has highlighted the communal and divisive mindset of NAC, which has proposed the very Bill.

The proposed bill will disband the federal accord created by the constitution and will destroy the rights bestowed on the nation. Hence, the government is requested to nip the bill off, in the bud itself and ensure the nation’s security. By implementing this kind of bill, the NAC’s commitment to national integrity itself becomes dubious.

The Bill will be opposed tooth and nail by various organizations of the country, at different levels. It is the government’s duty to make serious deliberations before implementing something that poses grave threat to social interactions and national integrity. 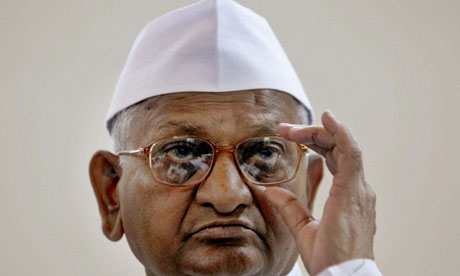