They are popularly known in the North East as Reangs. They are the non-Christian tribe, whose original name is Bru. They inhabited the southern parts of the Christian dominated state of Mizoram. Being non-Christian in a Christian state had its price.

Repeatedly subjected to persecution at the hands of the Mizo population as well as the political dispensation the Reangs – or the Bru people – were finally hounded out of the state during prolonged communal strife in 1997. It is 14 years since they had become refugees in their own land. Escaping from the marauders thousands of Reangs – men, women and children – fled into the neighbouring state of Tripura. For the last 14 years they have been living there in 7 different relief camps.

A total population of nearly 35,000 these Reang refugees today lead a pathetic life. Internally Displaced Persons – IDPs – are supposed to be the responsibility of the Union Government. However the Government at the Center is too busy placating the gun-weilding terror groups in the North East and it has no time for these hapless Reang refugees. The Tripura State Government tries to do its little but that is grossly insufficient for the thousands of Reangs. They live in most inhospitable mountainous region in the North Tripura distrct along the Mizoram border. There is no water or electricity facility. Thousands of thatched huts dot hill after the hill in the region. Obviously there are no schools or hospitals.

For living they depend mostly on the forests in the region. Able men and women venture into the forests and fetch firewood or teak and sell it in the nearby town to make some earning. But that too is not possible during mansoon months and in any case very few among the refugees can endure such physical labour under such had conditions. The ration that they get is shockingly low – Rs. 5 per day and 450 gms of rice per day for elders and half of it for the children. How on earth can anyone survive with Rs. 5 a day? A total of around 35,000 people survive on that meagre ration in these inhospitable jungles today. There are seven camps in total. Details of the refugee population in the camps are as follows: Camp Families Persons 1. Nayasinha Pada 3052 17668 2. Asha Pada 982 5000 3. Hazachera 770 3000 4. Kaisaka Pada 599 3800 5. Khakchang Pada 208 1300 6. Hansa Pada 312 1925 7. Naisau Pada 231 1500 The travails of these Reangs began the day they demanded a separate Autonomous District Council for them in Mizoram. Sometime in the middle of 1997 organisations like the Young Bru Association (YBA) and Bru Social Cultural Organisation (BSCO) started talking about this Council. No sooner had this demand reached Mizo organisations the retaliation began. Groups like Young Mizo Association (YMA) and Mizo Zyalai Powl (MZP), a local Christian Mizo group, started threatening the Bru people to withdraw the demand for autonomous council. Thereafter began the assault on the hapless minority Reangs. Their houses were attacked and ransacked, burnt down, looted, cattle were killed, elders were harassed, women folk abused and all this happened in front of the Government which chose to turn a blind eye. It is a known fact that several such autonomous councils exist in the states of the North East for various tribes. In that sense there was nothing unconstitutional about the demand of the Reangs. In fact there was a reason behind Reangs making this demand.

For a long time they had been facing acute hardships at the hands of the majority Mizos in the areas where they traditionally lived. This discrimination reached its crescendo when the lists containing the names of the Bru people as voters had been mysteriously burnt down in a fire accident. In the subsequent re-enumeration names of hundreds of Bru people were deliberately omitted. This forced the Bru leaders to go in for the demand of autonomous council in order to protect and preserve their identity. Yet they had to face the brunt of the Mizo people and run away into the neighbouring state of Tripura seeking refuge. For the last 14 years they have been living in the jungles of the Kanchanpur sub-division of Tripura North district. Tripura Government under Sri Manik Sarkar does extend a lot of support to these refugees. In June this year a devastating fire had destroyed the thatched huts of these refugees in the densely populated Nayasinh Pada refugee camp. 24 Reangs lost their lives while thousands became home and hearthless. The Tripura State Government immediately arranged for relief and rehabilitation.

District Collecter Ms. Soumya Gupta camped in the forest for ten full days to ensure that the refugees are properly rehabilitated. When I visited the camp in August this years the refugees were full of gratitude for the Government and especially the District Collecter. What struck me the most was that in the meagre rations that they receive the Reangs have saved enough money collectively to build two temple – one for Bhagwan Shiva and the other for Bhagwan Ram. They were building those temples through their own contributions and voluntary labour. The District Administration is arranging for schools, water, rough roads etc. However the central issue of their repatriation remains unanswered. The Central Government shows least interest in the plight of these refugees. Various international agencies too visit them from time to time but do little. For example representatives of the European Union visited the camps after the fire disaster. Many promises ensued. But nothing ever reached them. Their leaders understand that they shouldn’t expect anything from these international bodies as they are non-Christians and their tormentors are Mizos.

Whatever help they get is from the Tripura State administration and organisations like the Vanvasi Kalyan Ashram only. Even after the recent fire accident also the Kalyan Ashram has arranged for substantial relief material to help the victims. Apathy of the Central Government and reticence of the Mizoram Government make solution to the problem of the Reangs difficult. Last year the Mizoram Government succeeded in dividing the Reang leadership and buy over a section of the leaders. It came up with a oral repatriation plan according to which the people who return to Mizoram would be provided Rs. 80,000. Representatives of the Central Government force the refugees to accept the offer and return to Mizoram. However the Reang leadership is genuinely concerned about this offer. Firstly it is just an oral offer. Secondly except the meagre sum of Rs. 80,000 the Mizoram Government is not giving any other assurance to these people. For example they want to go back to the constituencies and districts where they can create enough numerical strength to ensure their own safety. But the Government refuses to allow them to change their native district or constituency. The Reangs know nothing exists in their native villages for them. They had to flee those villages precisely because they lacked any support. Now they are being forced to go back to the same places. The Government is not even assuring return of their old property. That means they have to go back and work as labour in the very fields which perhaps they owned some 20 years ago. The Reang leaders want a proper repartiation and resettlement plan. It should be properly written and documented.

Talks for drafting this plan should be held in a free and fair manner. So far the tripartite talks between the Mizoram Government, Central Government and the Reang leaders used to take place in Aizwal only. In an intimidating atmosphere in Aizwal the Reangs fear that they can’t get justice. The talks should take place in Agartala or Guwahati so that there can be free and frank discussion. The political rights of the Reangs need to be safeguarded in any such agreement failing which the entire community would loose its identity. Failure of the governments for years in finding a solution to their pathetic plight led to some Bru youngsters turning to the gun. They had a brush with terrorism through Bru National Liberation Front (BNLF) which made matters worse. While those who opted for the gun had been won over by the Mizoram Government through various offers and an MoU, those who wanted a peaceful and democratic settlement faced the brunt of it by way of sidelining of the real problem that the refugees face. Reangs are another case of religious persecution after the Kashmiri Pandits. Both have been persecuted for being a religious minority in their respective states. But there is a major difference.

The world knows about the plight of the Pandits. They have some rights in their state in which the majority of them live. Although refugees for almost same period the Reangs have not been successful in selling their story to the outside world. Hence they suffer…. mostly silently in a remote corner of our country. 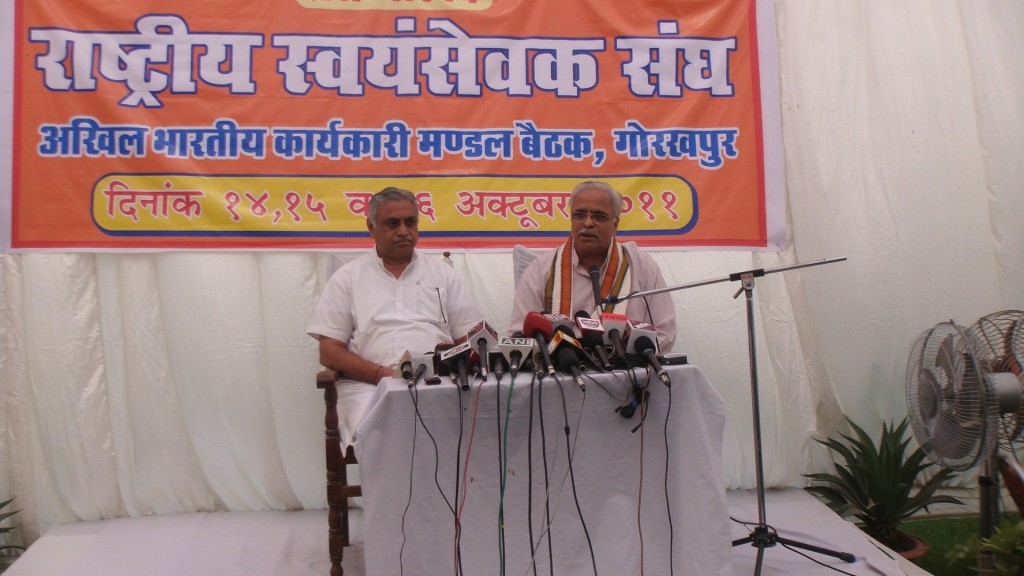