The aim of the meeting is to strengthen the relation between two communities and bring communal harmony to the society.

Colaco honored Dr Bhat by handing over a flower bouquet at his office ‘Rajendra Soudha’ located on the Shree Rama High School compound at Hanuman Nagara of Kalladka in Bantwal taluk.

Various issues related to both communities were discussed during the meeting.

Dr Bhat admitted that the contribution of Christians to this nation which has a rich history, culture and tradition is immense. “Likewise, service of Christians in the development of the nation is also considerable. Contribution by Christians in the service sector is admirable. But the selfish mentalities of some groups within the community and their unorthodox activities have triggered problems for the whole community. This is unfortunate and everyone concerned has understood this issue. Moreover, in India, nationality should get the priority and not religion or caste. Every individual should strive for a peaceful life. But some vested interests induce communal disturbances which is not acceptable. In the future, there is need to curb all anti-national forces and to lead a serene life free from all communal disturbances. There is a need for collective effort in achieving such constructive work. These kind of meetings boost mutual understanding and prevent wrong perceptions,” said Dr Bhat. Bhat praised Colaco for his contrintion to the Hindu temples and mosques in the form of donations. He also congratulated Colaco for initiating and pressurizing the government to get a Rs 50 crore grant for the Christian Development Board, which he said was long due for the community.

This is the first time in the history of Karnataka that an amount has been budgeted for the community and the Board has been approved.

Colaco clarified that the opinion that Christians are only engaged in conversion activities is wrong. “If certain sects unlawfully engage in such activities, the whole of community is blamed, which is not right,” he said.

“Through their religious vehemence, the Christian community has tried hard to educate crores of people thereby improving the standards of living of people in India. The community has the exceptional privilege of improving healthy society in the nation,” he opined.

“Christians are credited with instilling the real culture of India by living life here with communal harmony all the way with the wisdom of religion. If the allegations of conversion were true, then Christians would have been a majority in the nation. But now also Christianity is a minority community in India. Attack on Christians and their institutions since two decades are politically motivated. The opinion that Christians are the reason for rooting of foreign culture is also baseless. There is need for collective work in order to avoid any possible clashes among religions,” added Colaco.

Sun Jul 3 , 2011
State of Inertia By Dr Pravin Togadia WHEN you see sparkling malls around you in your city/town and even in the village, you feel nice – Wow! Development! Same expression pops up when you see wide roads, 4 or 8 track highways, shining floored large airports (with that slippery flooring, […] 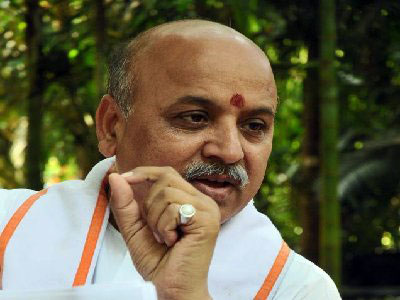