Sullia, Dec 17 : “How long do you expect Hindus to sit quiet and suffer in silence when injustices are being inflicted on Hindu society, Hindu leaders, and Hindu girls? How can they continue to keep quiet and exercise restraint? It is impossible for us to be mute spectators for long. If our patience runs out, no one will be able to control the outrage,” warned Rashtriya Swayamsevak Sangh Kshethreeya Samparka Pramukh, Dr Prabhakar Bhat Kalladka. He was addressing a mega protest meeting organized under the aegis of Hindu Hitarakshana Vedike against the arrest and reported police atrocities on 15 Hindu leaders including Prakash Hegde and P K Umesh, who the protestors termed as innocents. Bhat opined that the root cause for the turmoil the country is suffering from, is the division of the society into minorities and majority, which he said, looks like handing over all the rights to the minorities, while the duties are thrust upon only the majority. “All the departments and the successive governments have been promoting this division of people. The policemen of Sullia appear to be stupid. They have failed in judging the people. They have miserably failed to apply a sense of reasoning before concluding who is right and who is wrong.  Instead of punishing thieves and deceitful people, they have targeted good people, those who serve people, and also people’s representatives, and shown their demonic tendencies by inhumanly beating up these people. All this goes to show that the policemen are bound by indebtedness towards certain people, and have become, in the bargain, thieves themselves. We cannot accept the atrocities of the policemen silently, and they will not be spared. Both Prakash Hegde and Umesh have revealed in the presence of the judge the violence they suffered in the hands of the policemen. We will not rest till the guilty are punished,” he announced.

Bhat said that the policemen had made the arrested people to lie down on the floor, and put them through roller pin and water-wheel (Raate) punishments. The policemen, instead of protecting the Hindu society, are trying to decimate it. If they continue with this tendency, their excesses will come back to haunt them soon, he warned. About the talk of social justice raised by certain Muslim organizations, Bhat asked them to fight for winning social justice to the women of their own community first. He accused certain sections of trying to break Hindu society through Love Jihad, and warned those who try to deceive Hindu girls. He also claimed that the protest organized on Friday was meant to strengthen the government and to warn the officials who have lost their balance of mind.

He accused the policemen of not taking steps against a person who pointed revolver at them in the court and withdrawing the case initially filed against him. “The policemen here have no spine. They have failed to do anything against the people belonging to minorities, when they pelted stones at the police station,” he fumed. He also advised the Hindu girls against using mobile phones, which he reasoned, had contributed in a major way for the surging cases of Love Jihad.

Hindu Jagaran Vedike leader, Satyajit Suratkal, asked the polciemen as to whether they have the courage to barge into homes of Muslims who are involved with cow slaughter, Love Jihad, and other disruptive activities, like they do in the case of Hindus. He demanded suspension of four policemen for their inhuman atrocities on Hindu leaders.

Another leader, Na Seetaram, also asked senior members of Muslim society to control their youth, who have been unleashing a sense of terror in Hindu society. He said that the Hindu youth may have to take the plunge if these leaders fail to rein in their youth.

A silent procession with the participation of about six thousand people was taken out in the town in this connection, before the meeting. The students, women and members of general public went from Shastri Circle to Gandhinagar and then moved in front of Chennakeshava Temple, where the protest meeting was held. Those who participated in the procession had taped black ribbons across their mouths. The merchants lent support to the procession by downing their shutters during the procession voluntarily. 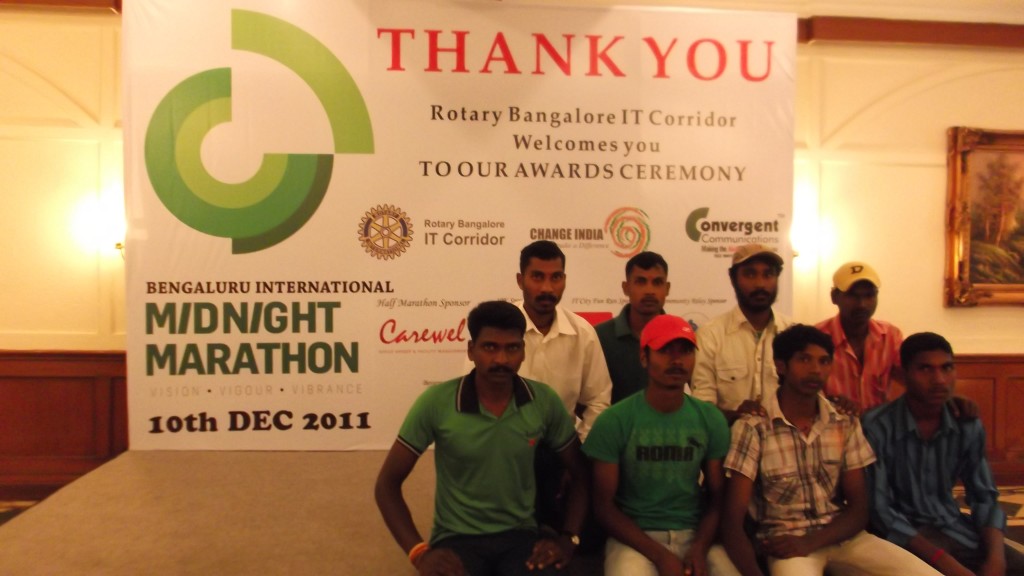