Executive Council member of RSS Ram Madhav who is on a tour of North-East India as part of RSS’s nationwide campaign against the bill met the chief minister last night and urged him to oppose it on the plea that it was unconstitutional which would ‘destroy India’s fragile communal harmony’, party sources said today.

Chief minister gave a patient hearing and assured to study the bill when it would be put forward by Centre and then take an appropriate measure, sources said. Citing the infirmities of the bill, sources said, if passed by parliament, India’s federal structure would be destroyed. This bill is based on the dangerous assumption that the majority community is always perpetrator and the minority is always victim, moreover, taking advantage of the bill the terrorists and anti-Indians could create anarchy by provoking communal violence, sources said.

Thu Sep 1 , 2011
Bangalore September 1: On the auspicious day of Ganesh Chaturthi Today, the festival was celebrated across RSS headquarters of  few Vibhag and Pranth Karylayas. In Keshavakrupa, the RSS State Headquarter of Karnataka , a 5-day long Ganesh Chaturthi festival began this morning. An attractive eco-friendly statue of Lord Ganesh was […] 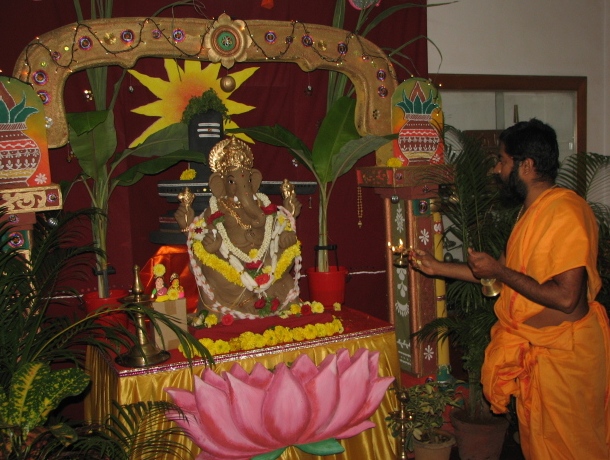