Kochi, Aug 1 (PTI) : Former Supreme Court judge K T Thomas today praised the RSS for its discipline and said the propaganda that the organisation was anti-minority was “baseless”.
Speaking at a function here, attended by RSS chief Mohan Bhagwat, he also said the ”smear campaign” against RSS that it was responsible for the assassination of Mahatma Gandhi must end. “There is a smear campaign that RSS was responsible for Gandhi”s assassination just because the assassin was once an RSS worker,” he said, adding that the organisation had been ”completely exonerated” by the court.
“This smear campaign must end against RSS,” he said.

“I am a Christian. I was born as a Christian and practise that religion. I am a church going Christian. But I have also learnt many things about RSS,” he said.

“Can the entire Sikh community be responsible for Indira Gandhi”s assassination,” Thomas asked.

He said he became an admirer of the RSS in 1979 when he was posted as district judge of Kozhikode, adding simple living and high thinking was its hallmark.

During the Emergency, RSS was the only non-political organisation which fought against it. “We owe very much to RSS for sacrificing many lives for regaining our fundamental rights …”
“The propaganda that RSS was anti minority was also baseless,” he said, adding he is a great admirer of the organisation as discipline is given importance.

Tue Aug 2 , 2011
Liberal Fascists aticle by Ram MADHAV , Tuesday August 2, 2011 This is an old technique of our pseudo-intellectuals. Attack and abuse.. but never engage in a debate or discussion over the issues raised or the arguments made. Sesham Kopena Poorayet…. goes an old adage. What remains when you run […] 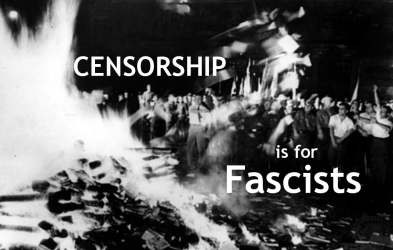