Lord Padmanabha’s wealth belongs to Him only

Goddess Lakshmi resides where Lord Padmanabha is. For, the Lord is an aspect of Lord Vishnu himself, whose consort is Goddess Lakshmi, the Goddess of Wealth. No surprise that such huge amount of divine wealth has been unearthed in the locked up chambers of Lord Padmanabha’s temple in the present day Thiruvananthapuram, earlier known as the capital city of the Royalty of Travancore.

After finding such enormous wealth the right question to be asked first is as to how come a relatively smaller temple of Lord Padmanabha had so much wealth while much more popular shrines like the Balaji at Tirupati in Andhra Pradesh or for that matter the Guruvayurappan temple in Kerala itself seem to have much less? No one can dispute the fact that these two temples have been much more popular and have attracted many times more devotees for centuries. Nobody can also dispute the fact that they must have attracted lot more of public endowment in all these centuries. What happened to all that wealth of these temples?

Therein lies the answer to many issues being raised by the overzealous over the recently unearthed wealth of Lord Padmanabha. It is safe only and only in the hands of the Lord, and none – not even the Government-run trusts – deserve to handle it. By now it has become common knowledge that the wealth is the accumulated offerings by the successive kings of the royalty of Travancore and many other kings, rulers – Indian as well as foreign, traders and commoners.

One should acknowledge the enormous commitment of the royalty to Lord Padmanabha in safeguarding this wealth. I have had personal acquaintance with the royals of Travancore. It is known to many in Kerala that the royal family’s financial fortunes have dipped considerably in the last few years to an extent that they were finding it difficult to manage the temple affairs too. It has resulted in some problems between the temple priests and other staff and the royals who manage the temple. I am told that there were several such occasions earlier too when the royalty had faced acute financial strains. Yet they never dared to touch the temple wealth, an iota of which would have met many of their needs.

It is nobody’s case that we should condone the omissions and commissions of the royals, if any, in managing the temple affairs. However it must also be borne in mind that successive kings of Travancore deserve rich tributes for protecting this vast wealth with utmost devotion and sincerity. The British had looted several temples in the country and transferred all the booty to the Royal Palace in London. In fact the Queen must in great sorrow after the news of this unearthed wealth and cursing for sure the inefficient officers of the British Raj for failing to do that when they had the chance.

However the rapacious political leadership that succeeded the British has meticulously completed their unfinished task in the last 6 decades. Temples like Tirupati and Guruvayur and many more are a standing example of this domestic loot. The story of the loot of Hindu temples in India by our political masters post-Independence pales Ghori and Ghaznvi into obscurity.

On January 17, 1750 the then ruler of Travencore Anizham Thirunal Marthanda Varma stood before the Lord Padmanabha and offered his entire kingdom at His altar. After that the successive rulers had rechristened themselves as Padmanabha Daasa – vassals of Lord Padmanabha. Like loyal soldiers they not only protected the kingdom and the temple but also the enormous wealth it had earned over centuries.

Loot of Hindu temples by the political masters in post-Independence India has acquired humongous proportions. Lands and other property of many a temple have been nibbled away by the goons of local and sometimes provincial political termites. Jewellery, cash and artifacts including antique sculptures have been stolen from the museums directly or sometimes through sleight of hand by taking them to overseas destinations in the name of India exhibitions and replacing the valuables with duplicates and sending them back while the originals found their way into international markets for huge sums. There are serious allegations that this kind of loot has made several politicians billionaires while the temples have turned into paupers.

The ongoing litigation that has led to the opening of the locked chambers at the Padmanabha temple appears to be motivated by some such sinister designs only. There is no dearth of treacherous Hindus in our country. They become easy tools in the hands of greedy politicians – a breed for which too there is no dearth in India. The entire game plan appears to be to loot the wealth of Lord Padmanabha by hook or crook.

In a way this litigation has brought back into focus the critical issue of the control of Hindu temples by the political establishment. Temples and their entire wealth – whether it is lands or offerings or antiques – should belong to the Hindu society only. There is a need to amend or discard the Hindu Endowment Act so that the religious places of Hindus become the property of the society rather than the government. Travancore proved that devout Hindus can safeguard temples better than unscrupulous politicians.

Chief Minister of Kerala was sensible in declaring that his government has no interest in taking over the wealth or management of the Padmanabha temple. Suggestions by sections of the media and intelligentsia like creating a museum or trust are also too premature. What is needed is for the entire Hindu society including the saints and spiritual leaders to vociferously oppose any move to take over the temple or its wealth. Let it be protected by the management as before and let there be a larger discussion over the management of Hindu temples by Hindu society itself.

Sun Jul 10 , 2011
In an impressive ceremony organised on June 24 in Brussels and attended by several Presidents, Prime Ministers and Ambassadors, the Art of Living founder Sri Sri Ravi Shankar became the first Indian to receive Crans Montana Forum Award. This award has been mainly received by politicians of high repute like […] 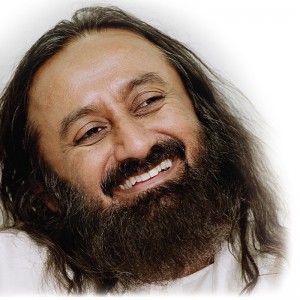