A three-storey home for children was inaugurated under the aegis of the Seva Bharati, a non-governmental organisation, here on Thursday.

The orphanage christened Guruji Anbu Illam has been constructed at a cost of Rs.1.10 crore funded by the Gujarat Government.

Inaugurating the home, Collector T. Munusamy lauded the works taken up by the Seva Bharati in the reconstruction efforts in the aftermath of the tsunami here in the district. The RSS-affiliated organisation has constructed 863 tsunami shelters in the district, and has also been engaged in the conduct of medial camps, mobile libraries, and computer training progammes.

The home would provide shelter for children orphaned by the tsunami and also the orphaned children found in villages of the district.

The occasion was attended by Muralidhara Rao, National Secretary, Bharatiya Janata Party among others.

Justice Santhosh Hegde to speak at Manthana Prog at Bangalore 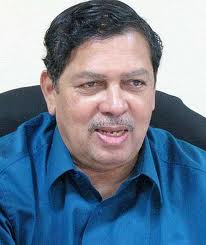