Bangalore Oct 12:  ‘Sudharma’, the world’s only Sanskrit newspaper published from Mysore, is struggling to survive for want of financial support. The two-sheet, six-days a week publication was borne out of a desire to keep alive an ancient language that is the root of our cultural history.

Editor of the daily KV Sampath Kumar told The Pioneer that he was facing difficult times and was on the verge of closing the unique daily. It was founded in July 1970.

He said, “This two pages Demy A3 (tabloid) size which was born out of a philosophy to spread Sanskrit to all, which used to be monopoly of a few, is now facing a great financial crunch. We need more than `60,000 per month to run our paper which has a global circulation of over 3,000. We are not even getting advertisements to sustain the paper. I am contemplating to end the story but some how want to continue. I need support of the Government and advertisers to take this forward.”

He added, “It has sustained so far. I took over after my father’s death and am carrying forward the tradition of Sanskrit news unabated for 20 years along with my wife, who is a Sanskrit scholar.”

The newspaper today serves as a link between the past and the present, giving publicity to matters ranging from Hindu scriptures to yoga. Sampath Kumar with the help of his two close friends has been carrying forward the publication without a break so far.

According to Sampath Kumar, the daily also has a web edition, which is popular among its readers across the world. The e-paper, Sampath proudly informed, has 29,000 hits per day.

The 50-year-old Kumar, a Sanskrit scholar said, we have no competition but continue to struggle because of our love for the language. We are serving Sanskrit lovers around the world.”

Besides, the husband and wife team, the paper is supported by two honorary editors and a few Sanskrit scholars devote some time every day to fine tune the copies and set the pages. All of them work for free.

Thu Oct 13 , 2011
RSS Sewa Darshan Mela on November 12 Delhi unit of RSS Sewa Vibhag is organising a two-day Sewa Darshan Mela to provide a glimpse of the service activities being carried out by swayamsevaks in different spheres, to Delhiites. The Mela will be organised at Geeta Bal Bharati Vidyalaya, Shankar Nagar, […] 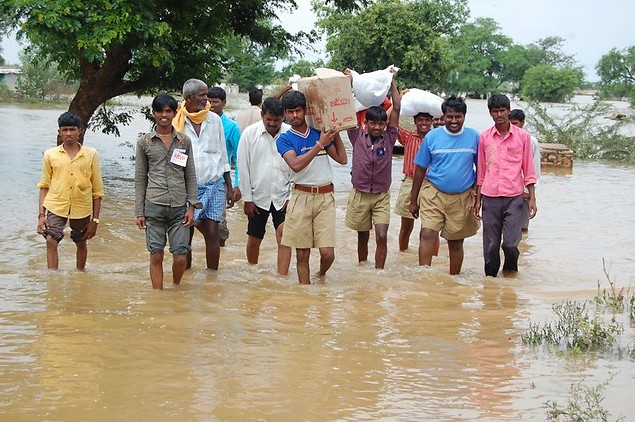