Skip to content
RSS chief seeks battle against graft
Ujjain, Madhya Pradesh: RSS Sarasanghachalak Mohan Bhagwat has urged office-bearers and representatives of Sangh Parivar to bring about a change in the society. He was addressing a gathering, SAMANWAYA BAITAK,  of 210 pracharaks and senior BJP leaders on Chardham Mandir campus in Ujjain on Wednesday.
He said that Sangh workers must be the medium of social change in the country. He said that Sangh comprises 35 bodies and has a strong network spread from Kashmir to Kanyakumari. “I think if we all work together we can bring about a significant change in the society,” he said, adding that corruption is one of the burning issues in the country and needs to be addressed immediately. “We must decide what contribution we can make to curb corruption in the country,” he added.
Earlier, Bhagwat inaugurated the session by lighting a lamp in the presence of senior BJP leader Dr Murali Manohar Joshi, VHP leaders Ashok Singhal and Praveen Togadia, RSS office-bearers Bhayyaji Joshi, Suresh Soni, Dattatreya Hosbole, Madandas Devi, Madhukarrao Kulkarni, Manmohan Vaidya, BJP national organising general secretary Ram Lal, his assistants Saudhan Singh and V Sathish, two BJP national general secretaries Narendra Singh Tomar and Thawar Chand Gehlot.
The leaders discussed in detail about the functioning of the allies of Sangh parivar during the session. The first session concluded at around 7 pm. Apart from the 210 invitees and senior BJP leaders, no one else was allowed to attend the session. BJP chief Nitin Gadkari was supposed to come on Wednesday, but could not make it to Ujjain owing to Anna crisis in Delhi.
RSS chief Mohan Bhagwat has urged the party cadre to be the medium of social change in the country.
Source: http://timesofindia.indiatimes.com/city/indore/RSS-chief-seeks-battle-against-graft/articleshow/9645308.cms
New Link: http://articles.timesofindia.indiatimes.com/2011-08-18/indore/29900370_1_manmohan-vaidya-rss-chief-mohan-bhagwat-sangh-parivar 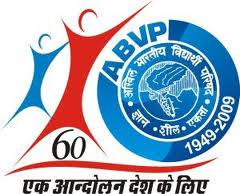