Kisan Bapat Baburao Hazare (born 15 January 1940), popularly known as Anna Hazare , is anIndian social activist who is especially recognized for his contribution to the development of Ralegan Siddhi, a village in Ahmednagar district, Maharashtra,India and his efforts for establishing it as a model village, for which he was awarded the Padma Bhushan by Government of India, in 1992.

In April 2011, Hazare started a ‘fast unto death’ to exert pressure on the Government of India to enact a strong anti-corruption act as envisaged in the Jan Lokpal Bill, a law that will establish a Lokpal (ombudsman) that will have the power to deal with corruption in public offices.

Here is media report, by Times of India:

NEW DELHI: Support for social activist Anna Hazare for his campaign against corruption and for the Jan Lokpal Bill swelled on Thursday with tens of thousands of people in scores of cities across the country responding to his indefinite fast.

In Bangalore, four techies and MBAs joined the hunger fast even as people rallied in support of the 71-year-old Magsaysay award winner. In Mumbai, 25 people went on indefinite hunger fast in solidarity with Hazare.

National Advisory Council (NAC) member Aruna Roy lent her full support to Hazare in Jaipur saying the Lok Pal Bill needs wider consultation. “This is only the beginning of a (struggle for) a seminal legislation which is the basis of people’s hope to build a more accountable system,” Roy said.

Hazare got more traction in Rajasthan with NGOs staging demonstrations in various towns and cities. There were candle-holding processionists at the statue circle in Jaipur on Tuesday evening.

In Chandigarh, Gandhian Sham Lal began his hunger strike even as several people and organisations in towns and cities across Punjab, Haryana and Chandigarh joined Hazare’s fight against corruption.

While Kultar Singh Sandhwan, grandson of Giani Zail Singh, too threatened to start a hunger strike, social activists in Sangrur are on dharna outside the deputy commissioner’s office. There were protests in Sirsa, Jind, Rewari, Ambala and Kurukshetra against increasing corruption. Many others from Haryana are leaving for Delhi to join Hazare’s fast.

The villagers of Ralegan Siddhi, where Hazare lives, will observe a bandh on April 7 in solidarity with his indefinite hunger strike. Ralegan Siddhi sarpanch Jaisingh Mapari said that villagers hoisted black flags on April 4 as a mark of protest against the government.

“After Thursday’s bandh, the villagers will begin a chain hunger strike for two days. On April 11, a morcha will be taken to the Parner tehsil office and a jail bharo agitation will be launched from April 12 as asked for by Anna,” Mapari said.

Around 60 villagers left for Delhi in two batches on Monday and Tuesday to sit with Hazare on his strike, he added.

Before leaving for Delhi, Hazare had told villagers that he would not return until his demand was met by the Centre. He also told the villagers that in the event of his death, his body should be brought to Ralegan Siddhi and buried under the first step of the Yadavbaba temple (village deity).

One thought on “The Anna Hazare phenomenon: Support grows for anti-corruption campaign across India” 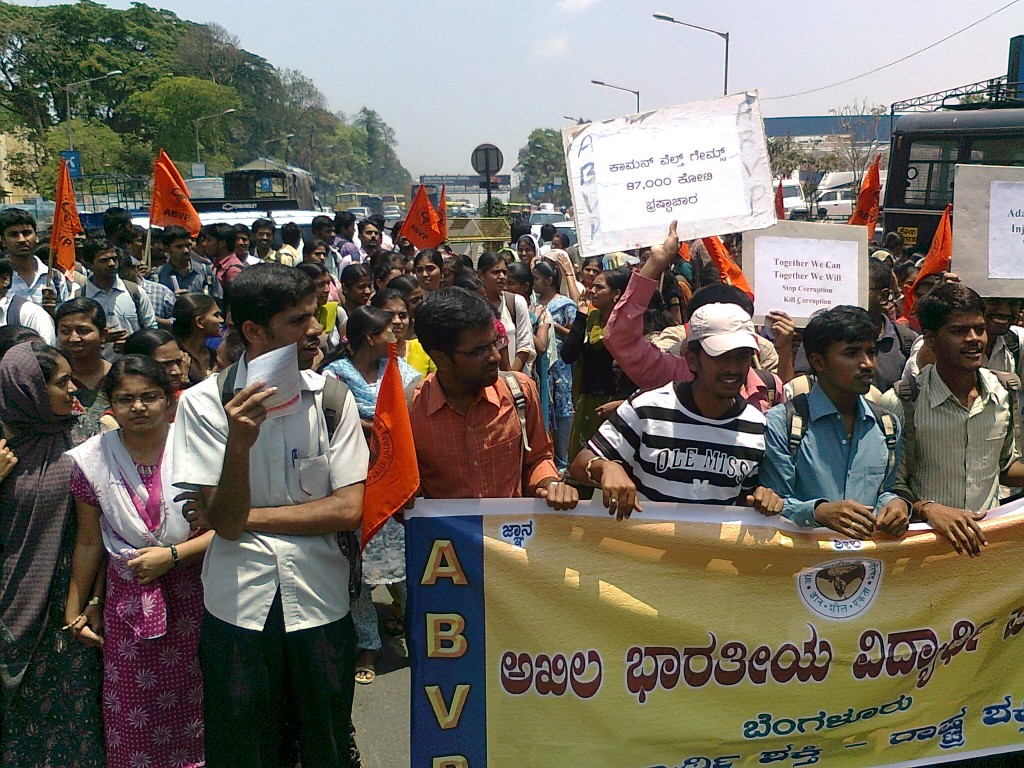