“THE turn of the century saw Hindus claiming their rightful place on the world stage. Hindu brethren all over the world rose to prominence by their merit and prowess. A resurgent Bharat achieved spectacular growth in industry, research and economy, and has truly become global player. Synergy between achievements of Hindu diaspora and that of Bharat has brought about growing recognition and attraction of Hindu philosophy, values and practices—a sign of rising Hindu soft power.” This rise of the Hindu power on the world scenario was very much visible at every step and at every moment at the five-day Vishwa Sangh Shibir 2010 that concluded on a very positive note at Pune on January 2, 2011 heralding the coming of and era of peace, harmony, progress and welfare of the entire humanity based on Hindu ethos and life values. The theme song Navshatabde Kaliyugabde Hindu Dharmo Vijayatam presented at the concluding function underlined the need for the world to follow and imbibe Hindu world view if humanity were to survive in this conflict-torn world of today.

And when the RSS Sarsanghachalak Mohan Bhagwat said in his speech at the grand valedictory function that Hindu Dharmo Vijayatam was not the need of Bharat only but of the entire humanity, he was only echoing the subtle, subconscious feelings of the thousands of Hindus who gathered to witness that historic event at Balewadi stadium in Pune on January 2, 2011. The fifth Vishwa Sangh Shibir which was held from December 29, 2010 to January 3, 2011 at Rani Laxmibai Girls’ Military School run by Maharashtra Education Society in Pirungut near Pune, saw participation of 517 swayamsevaks including 122 sevikas and 35 children from 35 countries across the globe. The most notable presence was of the youths—over 300 of them belonging to the age group of 25-65 years. Besides, 34 were below the age of 14 years, and 117 were above 65 years of age. It was a unique experience to be in the midst of these swayamsevaks from across the globe who looked to Bharat for inspiration and strength every five years. This was the fifth such camp. Earlier, similar camps were held at Bangalore in 1990 where 200 swayamsevaks from 20 countries participated; at Vadodara in 1995 where 350 from 28 countries attended; at Mumbai in 2000 which saw participation of 570 swayamsevaks from 38 countries and at Gandhinagar in 2005 where 520 swayamsevaks had gathered from 32 countries. Outside Bharat the Sangh shakha began on a deck of a boat when Shri Jagadish Sharada Shastri, a swayamsevak from Punjab who was going to Kenya, decided to hoist the Bhagwadhwaj and recite Sangh Prarthana. He was joined by another swayamsevak and soon their number increased by the time they reached Kenya. So, Kenya was the first country outside Bharat to have started the Shakha of Hindu Swayamsevak Sangh (HSS) in 1947. Today, the HSS work has spread to 33 countries with a network of 530 shakhas and a lot of sewa and educational activities. “For Hindus there is no defeat. Neither there is destruction for them.

The world has to acquire Hindu values to survive. We must work with this confidence. We have to develop our own Hindu strength to save the world and humanity,” said Shri Mohan Bhagwat. When Shri Bhagwat uttered these words in front of the swayamsevaks, he was only expressing their inner feelings and sentiments to take the Hindu values and world view to every nook and corner of the globe in order to usher in an era of lasting peace, brotherhood and progress. “A Hindu alone can think of the welfare of the humanity because he experiences the innate oneness in all living beings. Some time ago the world leaders were talking of global village and that they converted into a global market. We are here to transform that global village into global family and not market,” Shri Bhagwat said indicating without any doubt that the coming millennium would definitely belong to the Hindu thought, values and world view. Balgokulam is another important activity of the HSS which has become very popular amongst children in countries like USA, Canada, Nairobi, Hong Kong, Australia, New Zealand, UK etc. Through this programme the HSS workers train the children of Hindu community in these countries and inculcate in them good moral and cultural values.

This has become a very prominent feature of the HSS work at present. Besides, yogasanas, celebrating Hindu festivals of Rakshabandhan, Deepawali or Holi also become instrumental in organising the Hindu society and also to develop relationship with the local communities of those countries. As the swayamsevaks started pouring in at the camp site, they were welcomed with traditional Maharashtrain style by tying the headgear. Prabandhaks with smiling faces received them and guided them to their respective boarding places in the campus. Exactly at 4 pm the inauguration celebration began with a colourful shobhayatra in presence of RSS Sarkaryavah Shri Bhaiyaji Joshi, Akhil Bharatiya Pracharak Pramukh Shri Madan Das Devi, In-charge of the VSS Dr Bajranglal Gupt, Rashtra Sevika Samiti’s Chief Vandaniya Pramilatai Medhe and Vishwa Vibhag Sanyojak Dr Shankarrao Tatvawadi, Sahsanyojak Dr Sadanand Sapre and others. Students from the school attired in traditional Maharashtrian attire, riding horses and playing traditional instruments like dholak (drum), tutari (trumpets) and mridanga marched to the open space in front of Takshasheela building where the formal opening ceremony was held in the evening of Decemebr 29, 2010.

The inaugural programme was attended by VHP President Shri Ashok Singhal, Shri Shrikant Joshi, Shri Indresh Kumar, Dr Tatwavadi, Shri Ranga Hari, Shri Suryanarayanrao, USA Sanghachalak Dr Ved Prakash Nanda, UK Sanghachalak Shri Dheerajbhai Shah and others. The daily routine of the camp began from 5.30 in the morning till 10.30 in the night. It included Ish Chintan, Yogasanas, games, physical programmes, shakha and of course bauddhik programmes. Entertainment programmes were also arranged for the swayamsevaks. The participants were divided into three categories viz. Karyakarta, Yuva and Swakeeya i.e. associates. The bauddhik programmes were conducted fulfilling the requirements of these categories. Senior RSS Pracharak Shri Krishnappa explained the need of strengthening the family institution to save the Hindu society from impending danger of withering of families and life values. In the evening bauddhik session Shri Ranga Hari elaborated the essence of Hinduness and its all encompassing nature and scope to achieve welfare of total humanity. The very personality or identity of Hindu people is Hinduness and it is different from Hinduism which can well be described as collective noun for a commonwealth of religions born in Hindusthan. It has the power of assimilation and accommodation and harps on the principle of brotherhood. This philosophy will alone save the humanity from all the dangers in future, he said.

The next day Swami Vigyananada of VHP, Shri Sitaram Kedilai of Sewa Bharati, and Shri Ram Lal of BJP informed the swayamsevaks about the sewa activities, VHP activities and BJP’s position in Bharatiya polity in details. In the evening bauddhik varg UK Sanghchalak Shri Dheerajbahi Shah explained the importance of saving the Hindu family in foreign lands. Geo-political situation in the world and condition of Hindus in different countries was discussed threadbare the next day. It was informed that the Hindus living in Muslim countries of Middle-East or Bangladesh have to face more stringent laws and they have no freedom to practice or profess their religious activities. Hindus in Bangladesh are still economically poor.

There are six Hindu MPs in Bangladesh Parliament but only one MP talks on their behalf. In Nepal the presence of Maoists is a major threat while in Sri Lanka rehabilitation of 90,000 young war widows and over a lakh disabled people poses a great challenge to the Hindus. The problem of conversion is being faced by Hindus all over the world. Sanghachalak of USA Dr Ved Prakash Nanda spoke on geo-political situation and stressed that Hindus will have to assert themselves if they were to play a decisive role in days to come to shape the future of mankind based on Hindu life values and ethos. Cultural impact of Hindus is still visible in various countries of the world and that can be used as a stepping stone for spreading the influence of Hindu way of life, he said. Shri Balkrishna Naik, Vice-President of VHP discussed the possibility and ways and means of striking a better coordination amongst the Dharma-based cultures to create a greater constituency of takers of Hindu ethos and world view. Addressing the valedictory function noted industrialist Shri Abhay Firodiya expressed satisfaction over Sangh teaching values in this changing atmosphere to the young ones. These life values are our strength, he said. Shri Mohan Bhagwat expressed that Hindus contributed to the development of the country wherever they went and settled. But they have no respect in Bharat which is reflected in insult heaped on them across the globe. Even Hindus are insulted in countries like Bangladesh, Sri Lanka, Indonesia and Malaysia, he said. Dr Hedgewar established RSS to create a self-esteemed Hindu society proud of their dharma and culture and because he knew that this was the need of the world. His global vision was visible in the resolutions he placed before the All India Congress Committee session in 1920 at Nagpur, Shri Bhagwat said adding that the RSS was working for last 85 years towards fulfillment of that global vision of its founder. The RSS Chief did not spare the critics of Sangh who, mostly out of the fear of losing their political clout, made the RSS a whipping boy. Even Pakistan could not dare to call Hindus as terrorist but our own politicians have the audacity to call them terrorists.

Hinduism and terrorism are oxymoron, they can’t co-exist, Shri Bhagwat said warning the selfish politicians not to stretch things too far lest they would have to pay heavily for doing so. Later addressing the participants at the camp Shri Bhagwat exhorted them to understand the Sangh and imbibe the core values of the organisation to achieve the dream of Vasudhaiv Kutumbakam. Shri Badrinath Murthy and his team of prabandhaks made the stay of the swayamsevaks pleasant one at the camp.

One swayamsevak from Australia confessed that he had learnt enough from the prabandhaks who were always available with smiling faces to help them at the camp. 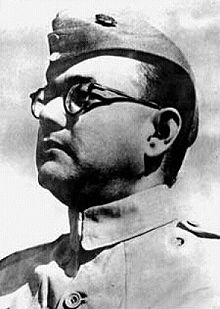