The minority community of Kashmiri Hindus had no option but to leave, taking into account the safety of their life and limb and honour of their womenfolk. The world celebrates Decembar 10th as Human Rights Day. ”Will human right activists rise their voice for Kashmiri Pandits?” questions Arvind Dhar, a Kashmiri Pandit living in Bangalore. Few days back, while passing through Cunningham road I saw a well dressed group of people discussing human rights of Kashmiris. What amused me most was that, among the group were a few locals along with a few Kashmiri Moslems, probably traders and students.

I stood by for a while, listened and felt pity on the well dressed non Kashmiri folks- what little basic knowledge they had on the subject and how they are easily swayed by the ‘communal’ propaganda.

HUMAN RIGHTS, Violation of Basic Rights, etc etc- very catchy words indeed! These are the words that usually haunt us. Yes! Us: the Kashmiris, not Moslems but ethnically cleansed Pandits (Hindus): the original aborigines of Kashmir.

Never in the 22 years have I ever felt that there is anything really known as Human Rights for us- the Kshmiri Pandits, who faced the virtual siege, selective killings, rape, destruction of property just because we were and are Hindus and above all Bharthiya.

India is a strange place or a strange state, where Human Rights and its activism is an industry, guided and used purely on vested interests.
Why, as Indians, do we not have set priorities? A terrorist, who killed 5 AirForce men and who was instrumental in the heinous killings and rapes of Kashmiri Pandits is termed ‘Gandhain’ and a human rights champion by Indian Human Rights groups. To even think of Yasin Malik as a normal man is scary and I know that he has Indian blood on his hands.

The very word HUMAN RIGHTS brings in the faces of 100s of men and women, who were forced out of their homes, to live as refugees in their ‘own’ country, those faces who had never ever seen mercury going upto 30 degrees and now have. To live in 50 degrees! Yes, those people die with snake bites and sunstrokes and to compound their ‘Human Rights’, they don’t even have a crematorium of their own. I have never seen any of the members from the HumanRights cottage industry, coming down and lighting a candle for these unfortunate people. Sometimes I feel the Human rights are neither for Hindus nor are they supposed to be for nationalists.

To sum up, I feel the same jargon of ‘Human Rights’ and subsequent industry which is now targeting the precious jewel of all- the Armed Forces. Its high time we stand up and shun the fake Human Right watchers. Here I won’t hesitate to say, “India, you have failed the Pandits of Kashmir, couldn’t even save them physically. Forget the abstract rights. Please don’t commit the same mistake once done, because now it is the honor of us all, the Armed Forces, which is under attack. 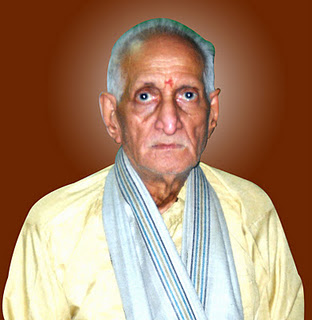