elections, in a candid admission which exposed the UPA’s government’s

numerical vulnerability and the consequent inability to push policies which

don’t have the support of all UPA constituents. [TOI p1]

2. FDI in retail BJP’s baby, we are trying to nurse it: FM. Pranab

swipe at the BJP for not backing FDI in retail, finance minister Pranab

the UPA government for failing to control spiralling prices of essential

commodities, the opposition BJP asked the government to quit if it fails to

Stressing that it was time the United Progressive Alliance (UPA)

government accepted its failure in controlling spiralling inflation, the

5. Panel rejects key reform bills : NEW DELHI: In an incident which does

attending a meeting of the parliamentary standing committee on

against the backdrop developments within the UPA, suspension of the

decision on the FDI in retail and the Lokpal issue.[AA p2]

general body meeting next week against the backdrop developments

within the UPA, suspension of the decision on the FDI in retail and the

9. After FIR, SMK pins hope on judiciary : NEW DELHI: As the Lokayukta

Krishna, in an illegal mining scam, he responded by saying that attempts

the judiciary would vindicate him.[AA p2]

10. TN `no’ to talks on Mullaperiyar : Chennai : In the backdrop of Kerala

issue, Tamil Nadu government has decided not to send its public works

and water resources department secretary M. Saikumar for talks with

11. TN ‘no’ to talks on Mullaperiyar : Chennai : In the backdrop of Kerala

issue, Tamil Nadu government has decided not to send its public works

and water resources department secretary M. Saikumar for talks with

Delhi : After the fiasco on retail FDI, the UPA government is facing failure

13. In Parliament, a push that almost came to shove : New Delhi:

meeting of the parliamentary standing committee examining the National

may have issued an advertisement for the post of information

commissioners at the Central Information Commission in November but

the move comes after repeated distress calls from Chief Information

Commissioner Satyananda Mishra to the Prime Minister’s Office to

With the Centre giving in on the issue of FDI in retail, the BJP has shifted

its focus back to the issue of black money. The issue was discussed at

the Rajya Sabha, affirming that they do not hold illegal money in overseas

16. Blow to Aadhaar project as Bill is rejected : New Delhi : The

Parliamentary Standing Committee on Finance has rejected the National

Identification Authority of India (NIAI) Bill, which was meant to give a legal

unique identity for every resident of India.[The Hindu p1]

Constitution should be amended to set up a National Judicial Commission

with powers to initiate criminal prosecution and sacking of corrupt judges,

situation of the state during July-August 2007.[AA p2]

what promises to be an anti-Congress show, several political parties

debate on the Lokpal bill at Jantar Mantar on December 11.[TOI p17]

Subramanian Swamy to become a witness in support of his private

prosecution of P Chidambaram in the 2G case brought Parliament to halt,

with the Opposition demanding the resignation of Union home minister in

scuffle outside a committee room in Parliament on Thursday after Alvi

accused Ahluwalia of leaking a standing committee report on the unique

WHO: New Delhi: The Centre has been critical of the Comptroller and

government policies, but the contribution of the auditor seems to have

been recognized by the United Nations which has appointed CAG Vinod

Rai as chairman of its panel of external auditor. [TOI p12]

remains under government control while the ombudsman’s role in vetting

25. SC: Court Can Order CBI Probe Against Important Persons. To be

done if persons in high posts could influence investigations into a

case ” NEW DELHI : In a significant judgment, the Supreme Court has

ruled that a CBI inquiry could be ordered in exceptional circumstances

against persons holding important posts who could influence

investigations into a case.[ET p2]

26. Team Anna unhappy with recommendations on CBI : New Delhi: The

Trinamul Congress MP Kabir Suman has stoked yet another controversy

wrongly implicated for the Mecca Masjid blast. A total of . 70 lakh will be

given to these men, as per recommendations of the National Commission

that will ensure that recruitments done between November 1997 and

October 2007 are considered as “deemed deputation” till retirement.[IE

30. Thackeray vs Thackeray over icons, flyover : MUMBAI: The warring

over respecting the state’s icons and the trigger is a proposed flyover.[HT

Renowned advocates and Team Anna members Shanti Bhushan and his

son Prashant Bhushan on Thursday refused to retract their accusation

Bhushan dared the Supreme Court to send him to jail if it was contempt.

from Telangana have decided to boycott finance minister Pranab

Government on Thursday issued an order regarding the creation of four

new districts — Kotdwar and Yamunotri in the Garhwal Division and

Ranikhet and Didihat in the Kumaon Division. When formally created,

these will take the number of districts in the State to 17.[The Hindu p7]

faction of Ulfa on Thursday threatened to target Hindispeaking people in

residents of eastern Assam’s Tinsukia district. In an emailed statement,

the atrocities committed on the Assamese people in Tinsukia district by

him for questioning in the Godhra probe, claiming he was witness to

36. Decision on UP division after polls? : NEW DELHI: While Uttar

dividing the state into four parts, the Centre is unlikely to pay much heed

to the proposal ahead of the assembly polls.[HT p15]

38. All sub-judges in Punjab, Haryana flunk exam for superior judiciary :

Chandigarh :As indictments of the lower judiciary go, this one is pretty

damning. Each and every sub-judge from Punjab and Haryana who sat for

the qualifying exam for superior judicial service two months ago has

up with States holding on the implementation of the high-security

registration plates (HSRP) ever since its use was made mandatory in

2008, the Supreme Court on Thursday cracked the whip on all States and

Union Territories directing them to furnish an undertaking to implement the

minister B.S.Yeddyurappa could be on the comeback trail. If not as chief

minister in the coming months, then at least as the BJP’s state unit

president. The only hurdle — Lal Krishna Advani and Ananth Kumar.[AA

41. EC to monitor paid news : Chandigarh :The Election Commission has

coming elections in Punjab with state and district committees being

Punjab, populism is trumping good economics – as it does every time

ahead of elections. Two months ahead of the state polls, political parties

43. Why the haste in MP Lokayukta appointment? : Bhopal : Senior

questions of propriety adding to the controversy already raging with regard

to the Madhya Pradesh Lokayukta’s earlier decision in the dumper

the haste with which the present Lokayukta was selected and

people as their representatives, residents’ groups across Mumbai are

from a court here seeking parity with the 2G spectrum case accused, who

the Supreme Court vacated the stay on Jawaharlal Nehru University’s

student union elections on Thursday, the university administration and

presented in the standing committee, the ruling BJP went into damage

proposed in the city.[HT p9]

: The Allahabad High Court on Thursday directed the recording of

50. The lady’s in the house: Ashok Malik : This past Sunday, Mamata

Banerjee, chief minister of West Bengal, did something unusual. In

Kolkata, she told the media that the Union government’s decision to permit

enhanced foreign direct investment (FDI) in retail had been

government’s inability to push through key reforms, the sorry state of its

finances and renewed concerns about a slowing economy sent the

Sensex crashing on Thursday with the benchmark index giving up 388.82 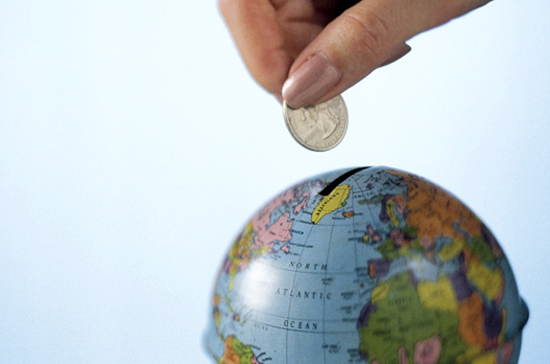