in the basement pumped toxic fumes through the centrally-air-conditioned

injured, some of them seriously. Three staff at the Advanced Medicare &

Research Institute (AMRI) hospital in Dhakuria are among the dead. [TOI

against those responsible for the “killing” of so many people, Chief

Minister Mamata Banerjee said here on Friday, after a fire ravaged a city

hospital claiming several lives. “It is a criminal offence; it is a crime,” she

Get Even With Cong On BSY’s Exit: New Delhi: The opposition

disrupted Parliament on Friday demanding the resignation of foreign

Issues Flagged: New Delhi: The parliamentary panel on Lokpal has

envisaged setting up a nine member anti-corruption ombudsman with

constitutional status that will have supervisory powers over its

investigating and prosecuting authority but will not include within its ambit

5. ‘This Lokpal will not be effective’ : New Delhi : The recommendations

fiasco, Government and Opposition are headed for a major showdown on

the Lokpal Bill. On the day the standing committee tabled its report on

Lokpal in parliament, the BJP blasted its recommendations and

Gandhian Anna Hazare decided to go on warpath against the

made public on Friday tried to strike a balance between opposing views,

but could not impress Anna Hazare, who is determined to launch a fresh

committee’s report on the Lokpal Bill, BJP claimed that the report was

unnecessarily made legally complex and expressed apprehension that the

both Houses that they do not possess illegal wealth abroad. [ET p3]

protest over the Lokpal issue. Its prominent leaders are expected to share

the platform with civil society activists on Sunday. [TOI p9]

between the government and Team Anna looks imminent, with the civil

Sonia Gandhi, on Friday held consultations in the backdrop of plans by the

provider Unitech Wireless and the managing director of realty firm

Unitech, Sanjay Chandra, will file petitions in the special court that is

hearing the 2G case, seeking a separate trial, executives aware of the

15. A double for Cong in UP: RLD deal, Rasheed Masood in pocket : New

Delhi : On A day the Congress and Rashtriya Lok Dal (RLD) finalised their

Rasheed Masood deciding to switch over to the Congress. SP supremo

Mulayam Singh Yadav was instrumental in fielding Masood as the third

present in the meeting.[HT p9]

now, with Ajit Singh likely to get a plum Cabinet portfolio. [TOI p11]

Scam-tainted Adarsh Cooperative Housing Society of Mumbai will now be

green signal in the Supreme Court on Friday.[IE p9]

Singh to be accommodated in Union Cabinet: NEW DELHI : The

20. Report ‘Wrangled in Legalisms’: BJP, Looks like a lawyer’s draft

: BJP, which dissented with the parliamentary panel’s recommendations

on the Lokpal bill, on Friday said there appeared to be an attempt to put

off the legislation’s passage by entangling the report in “legalisms”. [ET

DELHI: Amid raging debate over the government’s proposal to crackdown

on ‘unacceptable” internet content, hackers broke into the Congress

Khalilabad seat while Independent legislator Akhilesh Singh will be the

24. Mayawati only CM of UP set to complete full five year- term :

Lucknow : As the UP Assembly elections draw closer, it is being hotly

political skills would succeed in removing BSP from power when the

country’s cow-belt, Uttar Pradesh, goes to polls. But whatever be the

result, one thing is sure that Mayawati will take the trophy for being the

25. Thakurs move away from BSP on poll eve : LUCKNOW: In its efforts to

win back Brahmins, the Bahujan Samaj Party is now finding it difficult to

keep the Thakurs in good humour. The action initiated by the BSP against

with the Thakur community while the active participation of Congress

Mahipal Maderna and his aide Parasram Bishnoi for three days. The CBI

she lost to the Uphaar Cinema fire 14 years ago. Krishnamoorthy and all

such accidents happen due to the laxity in implementing the laws.[HT p4]

28. SC sets aside MLA’s election : New Delhi : The SC on Friday set aside

the election of Athagarh MLA Ramesh Rout in Orissa, faulting the

gone down well with the BJP. In an exclusive interview to TOI on

Thursday, Sreedharan had questioned the need for a municipal body for

Delhi as the capital’s area is small.[TOI p6]

to a single court.[The Hindu p6]

taxes and introduction of new taxes, the Municipal Corporation of Delhi

congestion charges and sanitation tax in the city from April 2012

from Kota, Baran and Jodhpur in the aftermath of the May 2008 Jaipur

serial blasts. The court did not find any evidence that could connect the

33. House of Mirrors : Barkha Dutt : At the heart of India’s body politic lies

the country’s Parliament. It is meant to pump blood and life into the veins

of public discourse. Or rather, this is how it was once conceived -in a burst

of idealism and good intention.[HT p12]

Taken To London From Dubai For Advanced Treatment: Islamabad:

paralysis and may be shifted to London for advanced treatment, a 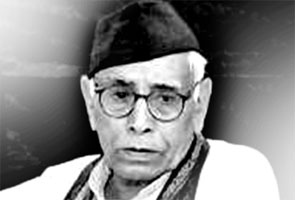