Wednesday accused the government of being soft against an aggressive

China, forcing PM Manmohan Singh to clarify that he had assurance from

2. Lokpal deadline in doubt as parties urge caution, No Agreement On

CBI; PM, Jr Babus May Be In Ambit: New Delhi: Majority in the political

minister and lower bureaucracy within the purview of the proposed Lokpal,

Maharashtra chapter and sold to a developer for Rs 1.62 crore in 1999,

according to a document scanned by the Supreme Court on Tuesday.

against corruption, people are not warming up to his comments on issues

such as foreign direct investment, polls and alcohol consumption.[HT p8]

5. PM bats for early passage of Lokpal bill: New Delhi: Neither the

government nor the key UPA partners — Trinamool Congress, DMK and

NC — revealed their hands at the all party meeting on Wednesday. [TOI

6. Did Anil Ambani overseas investor? : Chennai : Revelations from an

Probe By Lokpal Will Jeopardize Effectiveness’: New Delhi: The

hectic outreach by the Central Bureau of Investigation (CBI) appears to

have paid off with support coming from some unexpected quarters. Team

the investigating agency’s concerns that preliminary probe by the Lokpal

could jeopardize its effectiveness. [TOI p10]

9. CBI, CVC urge PM to protect their turfs : NEW DELHI: The chiefs of the

Central Bureau of Investigation and Central Vigilance Commission on

Wednesday urged Prime Minister Manmohan Singh’s to ensure that the

10. Parties ride the Anna wave : CHANDIGARH: With the Punjab assembly

polls around the corner, political parties are out to make the most of social

and CPM put up a united front on Wednesday, reiterating their known

consensus could not be evolved. [TOI p11]

Delhi : After a marathon meeting at which all political parties gave their

views on major aspects of the Lokpal bill, the government tonight chose to

play it safe, keeping its options open on when to bring the legislation.[IE

13. Govt to bring white paper on black money, No MPs In List Of Holders

Of Illegal Accounts: Pranab: New Delhi: The government on

issue. However, it rejected the opposition’s insistence that names of those

who have accounts in the Geneva branch of HSBC be revealed. [TOI p1]

foreign banks was rejected by the House on Wednesday. Contrary to the

opposition’s expectation, the government got the adjournment motion –

Congress MPs in the standing committee on rural development appear to

Sunday, BJD MP Pinaki Misra, the only one in the group of politicians on

its report on the Lokpal Bill, confessed to his “invidious position”.[IE p1]

extends a record of market-opening policies. “We will stay the course,”

Singh said in an interview on Wednesday.[ET p3]

work for a consensus among allies: NEW DELHI : The Cabinet is

Manmohan Singh stalled a decision on the National Food Security Bill, the

Centre has learnt a lesson: it is likely to approach the Trinamul Congress

In an effort to evolve a broader consensus on the Lokpal Bill, the UPA

Lokpal’s purview. With this, the government hopes to address three

For 2G Scam’: New Delhi: Continuing with their move to corner the UPA

government on various issues, the opposition parties on Wednesday

vociferously heckled home minister P Chidambaram whenever he rose to

23. No proposal to regulate www content, says Pilot : New Delhi: Amid a

raging controversy over monitoring of the internet, the government on

Wednesday said there is no proposal to formulate a mechanism to

regulate content on the world wide web, Parliament was informed on

keep everyone guessing on whether party chief M Karunanidhi will

nominate his colleagues against the slots in the Union Cabinet belonging

to the party quota which are going alleging. Sources said the UPA partner

has not revealed its mind despite soundings from the Congress

opposition BJP turning out to be a ‘saviour’ for ruling UPA, Parliament on

of the state-owned Life Insurance Corporation of India after the

government faced some tense moments in the Rajya Sabha, where Left

parties backed by BSP pressed for division of votes over an ‘amendment’.

days from now, a 1,000-strong club of Dalit entrepreneurs will showcase

complex. The Rs 2-crore infrastructure budget for the three-day event

beginning December 16 is not without purpose. It will tell the world that

Dalits, given the opportunity, will beat the caste order with capitalism —

and will give much more than they seek.[IE p1]

issue of a Central minister allegedly having links with ULFA. “It is a matter

of national security… Constitution says a person involved in such activity

28. Modi orders hoardings on PM, Sonia to be removed : AHMEDABAD:

Anxious to ensure that his sadbhavna (harmony) fast in Surat began

soyabean and paddy farmers in the Vidarbha, Marathwada and North

Maharashtra regions of the State, amid protests from the Opposition that it

was a pittance.[The Hindu p20]

31. For want of a signature, CBDT sits on babus ‘chargesheets’ : New

Delhi : At a time when corruption within the bureaucracy is one of the

focal points of the Lokpal debate, more than 50 charge sheets for

departmental action against over 30 Indian Revenue Service officers have

been put on hold in the past three years, all because of the lack of a

32. Petrol prices may be hiked from Friday : NEW DELHI: On the back of

the rupee hitting a new all-time low of 53.75 per dollar, petrol prices may

go up by 65 paise per litre this week. A falling rupee increases the cost of

33. Finally, it’s Rahul vs Akhilesh in war for UP: Badaun: Rahul Gandhi

dragged Akhilesh Yadav on his anti-Mulayam radar, dubbing him a symbol

to target both Chief Minister Mayawati and Samajwadi Party leader

Mulayam Singh Yadav on the second day of his mass contact programme,

36. BJP banks on Kalraj Mishra in U.P. : Lucknow : Having witnessed

steady erosion in its Brahmin support base, the Bharatiya Janata Party

top women politicians jostling for their political space in the state.[AA p2]

38. BJP debunks Gehlot’s claim : Jaipur : Even as the Congress

Government in Rajasthan is celebrating the completion of its three years

in power, the main Opposition, Bharatiya Janata Party, has termed it as

the most ineffective and weak” regime so far.[The Hindu p5]

39. Exams in UP could push polls to April : Allahabad: The UP Board of

Secondary Education on Wednesday announced that it will hold

examinations from March 1 to April 4, 2012. This may put pressure on the

February, which will be difficult to accomplish, or hold them in April, a

40. Quota for Muslims soon, says Rahul in UP : BADAUN: Congress

general secretary Rahul Gandhi said on Wednesday the Centre, led by his

party, would soon announce reservation for the Muslims in government

minister Mayawati has convened a meeting of all secretaries,

commissioners, district magistrates, IGs and SPs in Lucknow on

Thursday, fuelling speculation that she may recommend dissolution of the

former Chief Minister N Chandrababu Naidu and his associates were

were recusing to hear the cases against Mr. Naidu and others, the

other High Court. [The Hindu p7]

Work on the third phase of Delhi Metro network has started in earnest. At

agencies in the city will conduct a joint survey. [TOI p5]

has set her eyes on a win in the municipal polls early next year. A survey

launched in the weeks ahead, sources said. [TOI p5]

45. No sealing, demolition for 3 yrs in Delhi : New Delhi: No sealing of

illegal commercial set-ups and no action against unauthorized structures

in Delhi for the next three years. That is, until Delhi’s Master Plan-2021 is

rid of its “absurdities” and revised in keeping with the times.[TOI p1]

46. ‘Master plan not in sync with city’s growth’ Constructions Violating

Bill, 2011 passed by Parliament on Wednesday restrains any punitive

action for those who are not meeting the existing master plan, said Urban

action will be taken in terms of sealing or demolition. [TOI p7] 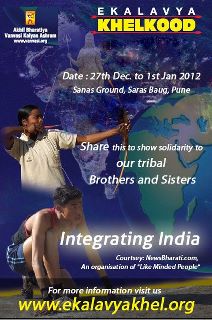