New Delhi: The opposition stalled proceedings in both Houses and demanded the dismissal of P Chidambaram for the quashing of FIRs after charge sheets had been filed against a businessman he represented as a lawyer, forcing the Delhi government to reverse the relief provided to a former client of the home minister. [TOI p1]

Bill On Sunday To Meet Deadline: New Delhi: The Centre has not given

Parliament to meet the December deadline set by Team Anna, with

Chidambaram in withdrawal of criminal cases against his former client,

Sunair Hotels Ltd, on Thursday brought the proceedings in the Lok Sabha

to a standstill as BJP demanded his immediate dismissal over the issue.

Already under attack in the 2G spectrum allocation controversy, home

minister P Chidambaram on Wednesday came under renewed fire from

5. Revised Lokpal Bill is likely next week : NEW DELHI: As the

in Parliament next week, it got some unexpected support: Nobel-winning

bill : NEW DELHI : It is now clear that the government will not be able to

use the ongoing winter session of Parliament to amplify its reform

intentions. Its compulsion to put up with its tantrum-throwing allies has

forced the Manmohan Singh government to put the passage of the

7. Govt to Table Lokpal Bill in LS on Dec 20, Doubts prevail over its

The government, which is anxious to blunt Anna Hazare’s anti-graft

campaign, has decided to introduce the Lokpal Bill in the Lok Sabha on

December 20. The Cabinet will clear the bill at its special meeting on

Sunday. However, there are doubts about its passage in the winter

9. Former Karnataka chief minister BS Yeddyurappa, who has been sulking

on the sidelines, on Thursday got his loyalists within the BJP

10. HC stays probe against Krishna: Bangalore: In a relief to two former

by the Lokayukta police pursuant to an FIR registered against them. [TOI

Khurshid of “publicly giving a clean chit to Essar/Loop”, which have been

chargesheeted by the CBI in the 2G scam case. NGO Centre for Public

Interest Litigation, represented by Prashant Bhushan, told the court that

senior people in the government and the CBI influenced the investigators

to press lighter charges of cheating and conspiracy against Loop and

Indicating his growing distance from the ruling Congress, Samajwadi Party

chief Mulayam Singh Yadav on Thursday trained his guns on the

threatened the government on Thursday with a jail bharo agitation from

January 1 to press for the passage of the Lokpal Bill by Parliament, the

of the current Winter Session.[IE p3]

brought to the Cabinet again on Sunday.[HT p10]

withdrawal of FIRs against a Delhi hotelier, his ministry again washed its

what should come as a relief to external affairs minister SM Krishna, the

mining during his tenure as state chief minister. [ET p3]

18. SP Wooing Muslims Ahead of UP Polls, Demands a separate quota

for the community in government jobs ‘in proportion to their

population’: NEW DELHI : With elections to the Uttar Pradesh assembly

just around the corner, competitive politics among three “secular”

contenders — the Samajwadi Party, BSP and Congress — to woo the

19. Yeddy looks ahead, calls on Gadkari : NEW DELHI: After failing to

Thursday to push for honourable rehabilitation after his ouster from office

Naseemuddin Siddiqui have got subsidised tractors under a central

scheme meant to help farmers in drought- and poverty-stricken

Bundelkhand. The beneficiaries — who also include several other people

associated with the ruling Bahujan Samaj Party (BSP) and some

contractors — have only tenuous links with farming.[IE p1]

elections are two years away, a group of Jat and Meena leaders has

from Dausa Kirodi Lal Meena has been instrumental in exploring the

scope of a third front. Mr Meena made a surprise visit to sacked minister

Mahipal Maderna’s house in Jodhpur and also called on Maderna, who is

in jail in connection with the Bhanwari case. The ruling Congress and the

Opposition BJP both dismissed it, saying it would not make any impact in

22. Punjab Cong puts up united front : CHANDIGARH: Unlike in the past,

pollbound state. Notorious for its factionalism, which always surges when

elections are round the corner, the Congress is not witnessing any serious

core committee meeting of the group, refuted suggestions that

Wednesday’s all-party meeting had failed to arrive at a consensus. Ms

autonomy, which she said was the “key issue”.[AA p2]

24. Poll-Bound Maya Worried Over Closure of Gandak Canal in Bihar,

back-channel talks with Bihar govt: PATNA : The closure of the

Uttar Pradesh, especially in areas where farmers are dependent on

the canal for irrigation.[ET p2]

25. UP BJP in dismay as all leaders in fray : LUCKNOW: With three out of

emerging as candidates themselves, the party’s campaign is in jeopardy.

in Parliament, but when the time comes to discuss the issue, hardly

anyone bothers to attend, as happened in the Rajya Sabha on Thursday

when not even 60 MPs were present. In fact, there were probably just 50

backtracked on its plans to draft guidelines for Internet companies to

of a meeting with Internet companies here on Thursday, Minister of State

liquor has claimed 143 lives in Bengal, the toll trebling overnight on

unattended in the late hours. The deaths enraged villagers of Sangrampur

in South 24-Parganas district and thousands of people, from teenagers to

70-yearolds, ransacked one hooch den after another and torched the

husband Amarchand was part of the plot to kidnap her on September 1.[IE

banks and announced steps to curb speculation in the foreign exchange

Fri Dec 16 , 2011
New Delhi: The midnight swoop on Baba Ramdev was an organised crackdown to meet political ends, Amicus Curiae Rajiv Dhawan told the the Supreme Court on Friday. Dhawan claimed that Delhi Police official were in was in constant touch with the Union Home Ministry during the crackdown on Ramdev and his […] 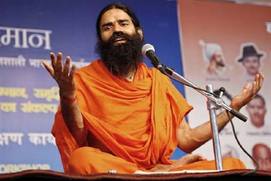