threatened to derail the India growth story. Speaking at the opening

session of the annual India Economic Summit of the World Economic

both the central and state governments to “align and move a lot faster”,

remove the mismatch prevailing in their approaches, and speed up the

Islamabad :Sounding upbeat about the positive trajectory on which India-

relations with its neighbours.[The Hindu p1]

After India threatened to take retaliatory action against the US for

JFK Airport, the US has apologised for the incident. [ET p2]

Securities and Exchange Board of India (Sebi). [TOI p1]

5. No basis to govt argument on Geneva accounts : New Delhi :

Asserting that there was a strong case for information regarding 700

provisions as its had more to hide than reveal.[IE p6]

Delhi : The Congress contingent in the Joint Parliamentary Committee

Progressive Alliance (UPA) which has been facing unrelenting flak on the

exchanged between the Prime Minister and his cabinet colleagues are

under the Right to Information (RTI) Act, the government’s top law officer

8. Opposition Hits Out at PM over Remarks on Kingfisher Bailout : NEW

Singh for hinting at a package for bailing out crisis-hit Kingfisher Airlines.

that “unfettered champions of market forces” are now wanting public

money to be used for helping favourites in the corporate world. [ET p3]

“dual” and “special” status of Jammu and Kashmir; review all laws

imposed on the state after 1952; work on a new “compact” with the people

of the state; respect the right of Kashmiris to travel freely across both

sides of the Line of Control. These are among the key recommendations

11. Speed up eastern expressway work: Finmin, Objects To Proposal For

Delhi: The finance ministry has asked the highway ministry to expedite

the implementation of the ambitious Eastern Peripheral Expressway (EPE)

project, which aims at decongesting Delhi roads by constructing an

expressway around the capital.[TOI p10]

president Nitin Gadkari has done it again. He has played a masterstroke

themselves for the top position. The move is seen as an attempt to reduce

13. Jaitley to fight next LS polls :NEW DELHI: After having said that the

BJP’s prime ministerial candidate would be from the Lok Sabha, party

leaders, including Leader of the Opposition in the Rajya Sabha Arun

Jaitley, to contest elections. Mr Gadkari himself intends to contest the Lok

Sabha elections from the Congress bastion Nagpur in Maharashtra.[AA

on sunday. About 100 persons were taken into custody.[The Hindu p13]

JD(U) in the presence of Chief Minister Nitish Kumar here on Sunday.[IE

17. People with clean image to be inducted in team: Anna : Pune:Anna

Hazare on Sunday announced that his core committee would be

a clean background could be part of the movement. He also said that

breaking it into various components would be foiled. [TOI p16]

lokpal (its essence) in parts by bringing different laws to control corruption.

progress?”_ he said after a meeting of the core committee of his team

(dubbed Team Anna) at Ralegan Siddhi, 85 km from Pune. “The

government wants to split the jan lokpal in parts, which is not right.”[HT

has been proposed so far, Union law minister Salman Khurshid said on

20. Bill must include all government officials: Bedi : Mumbai : Stating

Senior Congress leader Karan Singh on Sunday said there was “no

probable reason” why Rahul Gandhi should stay away from bigger

responsibilities, adding to the clamour for the Gandhi scion to take up a

bigger role in the party as working president. [TOI p19]

23. In UP battle, Rahul Gandhi’s office wields RTI : Lucknow : In an

attempt to target the Mayawati government over corruption in the National

Rural Health Mission at the grassroots level, the Congress has been

24. CPM moots term limit for party bosses : New Delhi: In a decision that

could herald generational change in its leadership and rejuvenate the

was withdrawn from parts of Kashmir.[IE p4]

hardliners could vindicate Army’s stand against lifting Afspa in

certain areas : SRINAGAR : Separatists have queered the pitch for

from certain areas, as proposed by the CM. [ET p2]

retired Andhra Pradesh bureaucrat was today arrested by the CBI in

Anna Hazare to thank for his survival in office. Top Congress leaders

agree the high command was exploring the possibility of replacing Gehlot

after two bad slips: one, the Gopalgarh police firing in which 10 Muslims

were killed and, two, the resignation of two of his tainted ministers. [TOI

: Karnataka’s BJP government has said the transfer of a top lokayukta

official who was probing corruption charges against party leaders and their

kin was not politically motivated.[HT p10]

Congress-led UPA Government would complete its tenure, the BJP

apprehended that the country was heading for a mid-term poll. It also

reiterated that come what may, the BJP would not form a coalition

Government with either the BSP or SP in Uttar Pradesh.[Pioneer Daily

32. Rahul to kick off Congress UP polls today : Phulpur : Congress

general secretary Rahul Gandhi is invoking a historical connect for the

capitalize on the age-old rivalry between Brahmins and Thakurs, Uttar

34. Many ministers face `test’ in UP : NEW DELHI: The political

will face a crucial test in the coming Uttar Pradesh Assembly elections.

While six of these ministers represent UP in Parliament, there are several

others, including senior leaders Ghulam Nabi Azad and Sushilkumar

Shinde, who have long years of experience in handing the affairs of the

Kushti” (fake battle), the BJP said the two are acting and performing to the

of “rampant crime and corruption” and “inflation”.[AA p2]

37. With Polls Nearing, Mayawati Back to Brahmin Wooing : LUCKNOW :

Bhaichara Sammelan on Sunday, she supported reservation for the poor

38. HJC deserters returning to the party-fold : Chandigarh : Leaders who

had made an ‘exodus’ from ther Haryana Janhit Congress (HJC), floated

2009 Assembly polls, have started returning to the party after its recent

victory in Hisar Lok Sabha by-poll and tie-up with the BJP.[The Hindu p7]

Kumar on Sunday said opposition leaders should concentrate on the

serious reflection on the state of affairs in Delhi BJP, an RSS organ has

blamed the “absence of a strong political opposition” for the emboldening

of Chief Minister Sheila Dikshit whose Government intends to privatise

project. With municipal elections round the corner, MCD is in a hurry to

complete development work in the national capital. BJP councillors have,

however, blamed the Delhi government for the delay.[TOI p11]

NEW DELHI: In a veiled attack, the RSS rapped the city unit of the BJP

government’s plan for privatisation of water distribution in the capital.[AA

trial : New Delhi : If the Department of Justice (DoJ) has its way, the

judicial determination by him, including comments against other

constitutional authorities, statutory bodies and persons in open court in the

45. Panel, govt against rash comments by judges : New Delhi : The

by a parliamentary panel that judges should refrain from making

“unwarranted comments” in open court against other constitutional

has his sums right. Another major strike against India by Pakistani

countries. But the Prime Minister still obviously nurses the hope that even

baby steps towards augmenting trade and economic relations might help

environment where citizens justifiably demand a transparent and

accountable government, state administrations are on their toes to meet

second fastest growing economy, and the hottest market after the rise of

China, but top industrialists said the promise that it spurred among 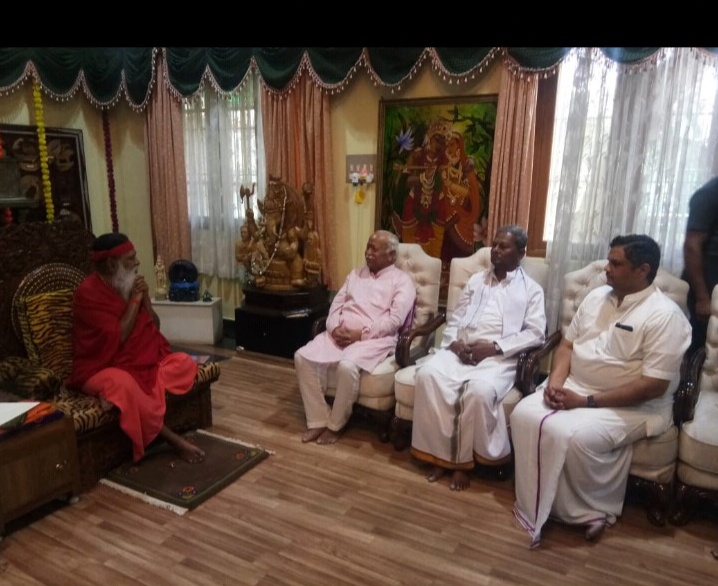 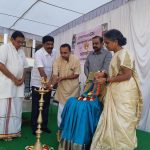 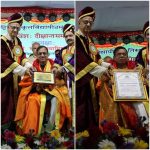