1. Petrol price may be cut 2 on Nov 17, Govt Prods Oil Firms As Global

crude through the better part of the fortnight. [TOI p1]

consensus appears to be emerging on widening the scope of the

Group B . Sources familiar with deliberations in the parliamentary standing

should be larger than proposed in the government draft. [TOI p1]

auditor who investigated the 2G scam turned “hostile” on Monday,

refusing to endorse estimates of loss of revenue — between Rs 57,000

crore and Rs 1.76 lakh crore — in the Comptroller and Auditor General’s

politically damning report and even suggested that he was “ordered” to

parliamentary standing committee examining the Lokpal bill is learnt to

of the proposed anti-corruption ombudsman.[IE p1]

“ordered” to sign on the controversial report, and that the audit was begun

without any guidelines on how to go about it.[IE p1]

subjected to a grueling session by Yashwant Sinha and

Gurudas : Dasgupta: NEW DELHI : RP Singh, one of the key auditors of

the 2G spectrum report, on Monday told the Joint Parliamentary

Committee (JPC) that the presumptive loss of . 1.76 lakh crore was a

levelling charges against home minister P Chidambaram even when the

8. We can’t go into safety of all nuclear plants: CJI : New Delhi : The

the opposition in Lok Sabha and Rajya Sabha, Sushma Swaraj and Arun

Jaitley, met leader of the house Pranab Mukherjee in Lok Sabha on

his Jan Chetna Yatra in Punjab. Activist of the pro-hardline fringe Akali

factions and radical Sikh organisations disrupted his public rally at

: Immediately after returning from his five day visit to China on Sunday,

communal harmony and peace among all sections of the people.[The

12. Probe over, custoday not needed in cash for vote case : Police : New

Delhi : The Delhi High Court on Monday said it would pass orders on

Kulaste and Mahaveer Singh Bhagora, arrested in the cash for vote scam

are likely to be released on bail on Wednesday.[Pioneer Daily p4]

campaign against the Congress was deliberate because it was the only

party in a position to ensure a strong Jan Lokpal.[HT p15]

15. Team Anna plans Muslim rally in UP : Lucknow : India Against

BJP. The decision was taken at a meeting Arvind Kejriwal held with some

poetry meant to defend the government has dragged it to the high court. A

public money to take on rival Congress in political advertisements

17. WILL FORCE CENTRE TO TAKE UP BLACK MONEY ISSUE: LK :

Phagwara : Keeping up the attack on the Congress-led UPA government,

BJP leader L.K. Advani on Monday said his party and its allies would

“force“ the Centre during Parliament’s upcoming Winter Session to make

18. Ignoring risks, Rahul jumps into UP battle, Pits Himself Against

ownership of the Congress campaign for the 2012 elections in politically

crucial Uttar Pradesh. There are times when I feel why not go to Lucknow

and fight your battle,” Rahul said while kicking off the Congress campaign

19. As polls near, a big test for Rahul factor : Jhunsi (Allahabad):Almost

50 years after he passed away, India’s first Prime Minister Jawaharlal

Nehru was ‘resurrected’ by the Congress in Phulpur, the constituency he

for development and progress.[The Hindu p14]

to beg, when will you wake up, asks Rahul: LUCKNOW : Once, BSP’s

upliftment of the people and felt angry with the system, but now it was his

interspersed with some embarrassing moments. The Congress scion, in a

bid to underline the joblessness in UP, asked the audience how long they

would “beg” in Maharashtra, sparking an outrage among rival parties who

accused him of “insulting” the people of UP.[ET p3]

come, Mayawati’s Brahmin ace is the most original and potent. Except it is

being put to the test again, without the novelty value of 2007 and with five

years of the community’s experience with BSP on evidence. [TOI p21]

the BSP, Congress and BJP – are jostling with each other for the 5%

Brahmin vote in the state. It is because the community has played a

Kanshi Ram, had described Uttar Pradesh as the laboratory of the

Bahujan Samaj Party. And in 2007, the lab had churned out a caste

formula that had given her an absolute majority.[HT p13]

25. Raul picks Nehru’s seat for poll kick-off : Lucknow :It is no

coincidence that the Congress chose Phulpur and November 14 as the

by targeting “poor governance” under the Mayawati regime, the UPA

Supreme Court that her choice of Shashank Shekhar, a non-bureaucrat,

as cabinet secretary was illegal, illogical and unconstitutional. [TOI p21]

27. BSP MINISTER’S BROTHER JOINS SP : Lucknow : In what could be a

28. Muslims safer in India than in Pakistan:Katju : New Delhi : Can any of

you tell me what is India? asked Press Council of India chairman Justice

New Delhi : India is going through a period of extreme turmoil, something

similar to what Europe went through in the 16th and 17th centuries, and

Lokayukta, leading to a fresh confrontation between the two.[IE p9]

Twenty two years after they forged an electoral alliance for the first time,

32. CIC seeks info on allotment status of Meira’s house : New Delhi : In a

against the controversial bungalow held by Lok Sabha Speaker Meira

Kumar, the Central Information Commission (CIC) on Monday directed the

Ministry to disclose the complete information about the allotment status of

33. Hegde was part of conspiracy, says BSY : SHIKARIPUR: The knives

are clearly out for former Lokayukta Justice Santosh Hegde.

34. Training his guns on the man whose allegations of corruption against him

downfall by the Congress and the JD(S), who could not bear to see how

much the state was progressing under his government.[AA p2]

harbinger of green revolution, the enterprising and hardworking farmer of

Punjab is in trouble. Around 85 per cent farmers in Punjab are under debt,

and 17 per cent of the total farmers are in debt trap.[AA p4]

37. Omar told not to push for AFSPA withdrawal : New Delhi: The Centre

filed a police complaint against the presence of an armed military

intelligence official at his rally in Sopore on Friday. Geelani has alleged it

was an attempt by the army to assassinate him.[HT p11]

Minister Sheila Dikshit has ordered an inquiry by the Divisional

Commissioner (Revenue) into a major land scam in which government

colonies, the opposition BJP has demanded a probe by the central Bureau

of Investigation into the matter alleging that the Revenue Department has

itself been accused of complicity in the scam.[The Hindu p4]

41. MCD plans to knock on doors of House Tax defaulters : New Delhi : If

you haven’t been paying your house tax on time, expect a Municipal

Corporation of Delhi’s (MCD) tax inspector at your doorstep soon. The

only way out for the civic agency, which wants to step up tax collection – it

hour sit-in near the Kerala High Court by CPM activists on Monday, to

protest against the contempt of court verdict against MV Jayarajan, is the

former Judge Nirmal Yadav challenging grant of sanction for her

might get delayed indefinitely, the victims of the 1984 anti-Sikh riot have

was transferred to another court after being elevated. [TOI p6]

46. PILs can’t be based only on RTI info: SC, ‘Seek Justice From Govt

Before Moving Court’: New Delhi: Information obtained under Right To

Information Act is increasingly becoming the basis of public interest

petitions seeking judicial redress of grievances. The Supreme Court on

Monday disapproved of this modus operandi and said from now, it would

not entertain PILs solely based on RTI information. [TOI p13]

47. No SC relief for Times Now in Libel Case : New Delhi : The Supreme

48. kingfisher looks for way out, banks lay down terms : New Delhi : The

Kingfisher Airlines board meeting on Monday ended inconclusively though

it discussed a slew of options to mop up Rs 1,000 crore for the carrier 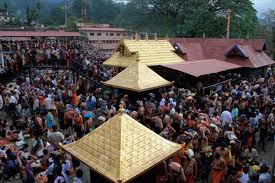