1. Australia, at last may sell uranium to India: New Delhi :Australia has

for greater strategic proximity between the two countries. Australian Prime

Minister Julia Gillard, after pushing for India’s case in a newspaper article

and at a press conference on Tuesday, will have to persuade the Labour

Party to endorse her stand at its conference next month.[The Hindu p1]

depending on local taxes — from Wednesday as the government nudged

petrol. “The party has repeatedly said that government should take all

efforts to check the rise in oil prices as well as inflation.[ET p3]

a startling disclosure, Comptroller and Auditor-General Vinod Rai on

Tuesday said the Department of Telecom had not furnished the relevant

could not audit accounts for that period.[The Hindu p14]

Tuesday pressed for inclusion of all government employees within the

ambit of the Lokpal. In a statement, Team Anna said that the

parliamentary panel should recommend that all government employees be

brought under the law., not just Group A and B officials. [TOI p13]

Raipur : While he offered his sympathy for small businessmen and

Minister P. Chidambaram said it was “certainly condemnable” if big

corporations were channelling money to the banned Communist Party of

Parliamentary Committee (JPC) probe into the 2G spectrum allocation has

turned into a battleground between auditors. On Tuesday, CAG Vinod Rai

stuck to his presumptive loss of R1.76 lakh crore and rubbished former

DELHI: A senior CAG official has alleged that BJP veteran and

Joshi had asked him to expedite the report on 2G spectrum allocation.[HT

consensus between the UPA government and the opposition BJP over the

likely to come under stress with the finance ministry rejecting the

recommendation that the foreign direct investment (FDI) policy in the

sector be mentioned in the legislation. The amended PFRDA Bill, 2011 is

one of the major items to be discussed by the cabinet on Wednesday.[IE

Sabha Speaker Meira Kumar on Tuesday rejected the resignations of 12

MPs from the Telangana region of Andhra Pradesh, who had resigned in

July protesting against the delay in creation of a separate state.[HT p10]

12. CBI may lose its prosecution power, no consensus on PM : New

Delhi: The parliamentary panel on Lokpal is likely to recommend that

prosecution be created. The standing committee on law and justice is

likely to allow CBI powers to investigate cases under the supervisory

control of the Lokpal.[TOI p1]

panel on Lokpal deferred the issue of bringing the PM under its purview.

“With these two meetings over four hours, we have covered 10 to 12

Delhi : The parliamentary panel examining the Lokpal bill is learnt to have

formulated a five-stage mechanism that separates investigation from

prosecution, and maintains “equilibrium in the holy trinity” of CBI, CVC and

the third day of his Jan Chetna Yatra in Punjab, when activists from

different Akali factions and radical organisations raised slogans as he

16. Unvarying Advani rolls in, Punjab too preoccupied to notice :

Ludhiana : With polls due early next year, the season of political

mobilisation can be said to have been inaugurated in Punjab. The

Congress has kicked off its mass contact programme with its “Punjab

bachao” yatra. Manpreet Badal has embarked on his own “Izzat bachao”

17. No change in US visa policy for Modi : Washington : The US on

Chief Minister Narendra Modi, but asserted that the state has a very

Vidarbha region with a bijli-pani-naukri slogan. He had hinted at contesting

the next Lok Sabha election from Nagpur. Addressing a farmers’ rally in

this Bhandara town, he stuck to the development plank, refraining from

on the premises of BJP president Nitin Gadkari’s residence, the Nagpur

number of contradictions. The case is coming up for hearing here on

Allahabad police on Tuesday registered an FIR against Union minister of

petroleum RPN Singh, in connection with their scuffle with some

Samajwadi Party students at Rahul Gandhi’s rally in Phulpur on

with the task of reviving its fortune in Uttar Pradesh, the BJP has taken

leaves out of its popular State Governments to promise a complete

the party’s youth wing has worked. Early this month, the Youth Congress

membership crossed the magical figure of one crore, making it the first

Congress has launched an aggressive election campaign in Uttar

Pradesh, but its potential ally, the Rashtriya Lok Dal (RLD), is unable to

use its firepower because it does not know whom to target.[HT p13]

Gandhi’s remarks on migration of people from Uttar Pradesh, but the

opposition was unsparing in its criticism, even as a complaint was filed

against him in a Mumbai court.[HT p13]

DELHI:Uttar Pradesh chie bring a resolution for dividing the state into four

26. Maya moves to slice UP into 4, stumps rivals, UP Cabinet Nod To

gameplan to carve four smaller states from the “most populous and…

enjoyed by virtue of being home to 80 Lok Sabha seats.[TOI p1]

BJP on backfoot; Maya hopes to change discourse with resolution:

LUCKNOW : The Uttar Pradesh Cabinet has endorsed a proposal for the

division of UP into four smaller states. This is seen as a deft move by chief

minister Mayawati, fighting anti-incumbency, to turn the tables on her

28. Maya’s UP split plan an election stunt: SP, RLD Wary But Will Back

states from Uttar Pradesh for the sake of governance drew sharp

reactions from opposition Samajwadi Party, which called it an “election

last roar of Mulayam Singh Yadav in battleground Uttar Pradesh, with the

launch of election campaign on Wednesday coming amid doubts if the

30. Mulayam replies to SC notice after 6 yrs : New Delhi: It is a classic

Supreme Court notice asking him to reply to a PIL, which accused him of

illegally allotting prime plots in Lucknow to his relatives and friends. [TOI

who has been MP six times from Yavatmal, quitting the party to join the

NCP along with supporters on Monday. [IE p2]

enable CM Ashok Gehlot to carry out the impending reshuffle and

the political storm following a series of recent controversies, including the

33. Ministers quit to give Gehlot a free hand :JAIPUR:Facing flak over the

Dairy chairman’s wife and Gopalgarh violence, the Rajasthan cabinet on

Tuesday put up a show of solidarity.[HT p15]

for the Haryana Assembly by-election from Ratia, Jarnail Singh, received

joined the party in the presence of Sirsa MP Ashok Tanwar.[The Hindu

Development Authority receiving a go-ahead for the construction of three

land scam in the name of regularizing illegal colonies in the capital,

claiming that provisional certificates were issued for several areas where

no building existed just before the last assembly elections. Lieutenantgovernor

Tejindra Khanna has now ordered an inquiry into the allegations.

The Municipal Corporation of Delhi on Tuesday approved Rs 100 crore

allocation for construction of roads, drains and school buildings across the

:Attorney General Goolam E Vahanvati, in a 2010 opinion to the Law

Minister, had not supported the case made out by the Central Bureau of

Investigation to prosecute Justice (retd) Nirmal Yadav in the infamous

40. SC to look at denial of bail in VIP cases : New Delhi : With the denial of

bail to 2G spectrum scam accused becoming a matter of debate, the

41. SC to Look into Bail Denial, Media pre-judges many issues before

courts and tends to influence conduct of judges: Petitioners: NEW

DELHI : The Supreme Court has decided to examine the ‘trend’ of denial

jurisdiction vested by the Constitution in the President and governors and

the country witnessing a renewed debate on the issue of death penalty,

death sentence is provided for in law, it is “barbaric, anti-life, undemocratic

44. HC tells CBI to probe NRHM funds in UP : Lucknow :In a setback to

the UP government, the Lucknow Bench of the Allahabad High Court on

Tuesday directed the CBI to conduct a preliminary inquiry into the

utilisation of funds and implementation of the National Rural Health

45. Control freakery : ARUN JAITLEY: The chairman of the Press Council of

make known his contemptuous views about the Indian media. The obvious

the other, Kingfisher Airline’s chairman Vijay Mallya’s attempt to keep his

47. We did not seek bailout, says Mallya : Mumbai : Kingfisher Airlines has

fare model, according to Vijay Mallya, Chairman of the airline and of the

UB Group, Mr. Mallya said while there would be no lay-off among its 7,000

employees, the airline, with a debt of around Rs 6,500 crore, was looking

at cutting costs and taking several steps to face the challenging 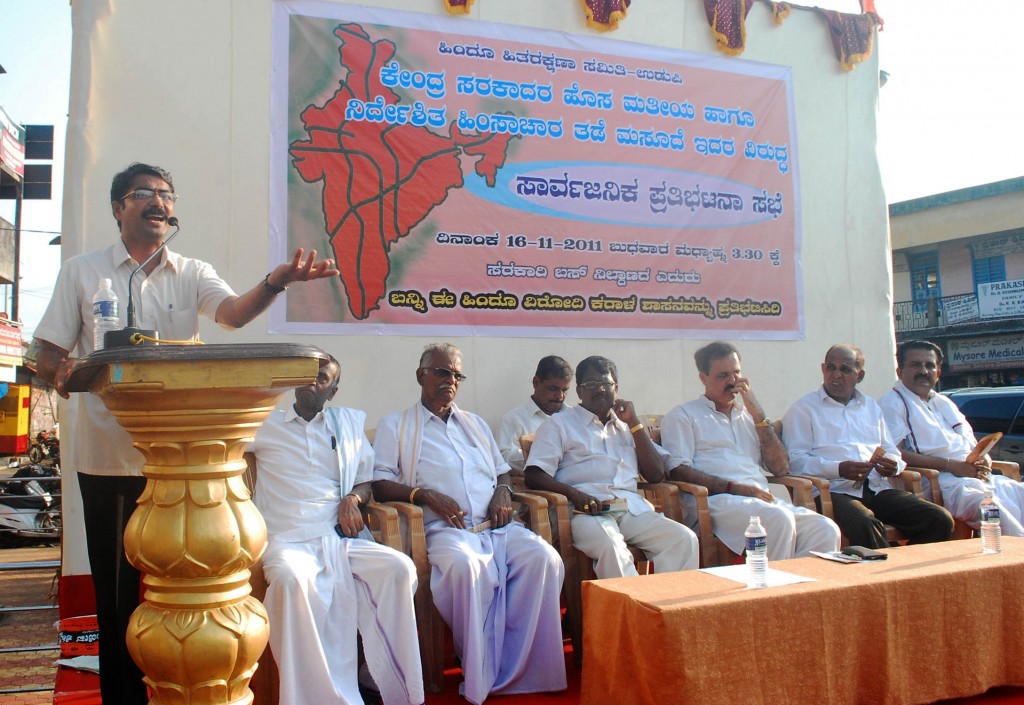