1. PM in Pretoria for Ibsa Summit, to Focus on Economy, Eurozone crisis,

UN reforms likely to top the agenda of fifth summit of India, Brazil and South Africa :

New Delhi : The rapidly deteriorating global economic outlook, especially the near-crisis situation in the Eurozone, is likely to top the agenda of fifth summit of India, Brazil and South Africa beginning here on Tuesday. All three countries have been engaged with other global majors in recent weeks to ward off a spillover of the Greek crisis into an economic pandemic. [ET p2]

2. New Delhi Bid to Have A Common Af-Pak Policy :

New Delhi : Encouraged by the coordinated approach towards Syria at the UN Security Council, New Delhi will try to nudge South Africa and Brazil into adopting a common position on Pakistan and Afghanistan when Prime Minister Manmohan Singh meets with the leaders of the other two Ibsa members in Pretoria on Tuesday for the 5th Ibsa Summit.[ET p2]

New Delhi: Navy and IAF may be on the modernization track, albeit much slower than desired, but the Army seems to be floundering. The 1.13-million strong force needs as much as Rs 41,000 crore to even meet shortages in equipment and ammunition. [TOI p14]

4. Rights to reject, recall on all-party talks table: New Delhi : The government on Monday said activist Anna Hazare’s demand for the rights to reject and recall elected representatives would be discussed soon at an all-party meeting on electoral reforms.[HT p1]

5. Manmohan weakest PM ever : Saoner ( Maha) : BJP leader L K Advani again took a dig at Prime Minister Manmohan Singh on Monday, saying he took pity on him over the condition of the UPA government. “The condition of the government is very bad. Sometimes I take pity at Manmohan Singh though I had respect for him at one time,” Advani told a meeting at Saoner, near Nagpur, as his anti-corruption yatra entered Maharashtra.[IE p3]

The Rashtriya Swayamsevak Sangh (RSS) is looking at new ways for motivating youths to join the organisation not only in rural areas but also in major cities such as Delhi, Kolkata, Bangalore and Mumbai. And on top of its radar are youths doing professional courses in reputed institutes such as IITs and IIMs.[IE p4]

New Delhi: Five years after it had upheld the expulsion of 11 MPs in the cash-for-questions scam, the Supreme Court on Monday dismissed the Delhi police’s bid to prosecute the two journalists who had conducted the sting operation. [TOI p13]

New Delhi :Continuing its exercise of reforms in various provisions and guidelines, the Election Commission of India headed by Chief Election Commissioner S. Y. Quraishi has moved one more step ahead by allowing registered unrecognised political parties to have a common symbol as a one-time offer during general elections.[The Hindu p1]

New Delhi : The bypoll results on Monday have come as major jolt for both scam-tainted Congress and Manmohan Singh Government, which are buffeted by multi-pronged attacks from the Opposition and civil society on price rise and corruption and torn apart by squabbling from within.[Pioneer Daily p1]

New Delhi: The Congress has drawn a blank in four by elections in four different states. As the results came in on Monday, the perception of the party reeling under the double sting of corruption and inflation deepened. [TOI p1]

New Delhi: With Congress suffering a humiliating defeat in the Hisar bypolls, Team Anna chose to use the setback as a sign of public approval for the Jan Lokpal bill. Activist Anna Hazare, who is on maun vrat (vow of silence), credited his colleagues for the poll defeat and asked Congress to take a “cue’’ from the election results in his blog. [TOI p12]

13. Team from Anna village in Delhi to meet Rahul : Pune : A threemember

Delhi: As a young Socialist leader Sharad Yadav provided the spark to

15. Numbers tell a worrying tale for ruling party: New Delhi :For the

Congress in Haryana, the fact that its candidate lost his security deposit in

the Hisar bypoll is clearly very bad news, but there is worse in the details.

In the 2009 Lok Sabha elections, Congress fielded the same candidate,

Jai Parkash, who had come second in seven of the constituency’s nine

assembly segments. This time, he was a distant third in all nine. [TOI p1]

the Hisar by-poll defeat and ensure that stricter laws against corruption,

including the Lokpal Bill, are passed in the winter session of

seeking direction to CBI to investigate ‘financial irregularities’ in his trust.

18. Lokpal panel to finish proceedings in 3 months : New Delhi :The

parliamentary panel examining the Lokpal bill will finish its proceedings in

defeat in Hisar as a “foregone” conclusion, Team Anna on Monday began

another phase of confrontation with the Congress in UP. [HT p15]

20. Non-Jat unity did it, not Anna :Pankaj Vohra: New Delhi : The great

opposed in the Supreme Court the bail pleas of Reliance ADAG

case, saying the release of the accused would hamper investigations into

the transfer of Reliance Telecom shares in Swan Telecom to Mauritiusbased

Chautala’: New Delhi: As the BJP celebrated the results of bypolls, it was

into full-scale electoral partnership. “Though these were byelections where

local factors were in play, the results clearly show that Congress is on the

24. Setback for Modi As Bhatt Walks Out of Jail, Suspended IPS officer

gets bail after 17 days, Says It’s victory for victims of statesponsored

Sabarmati jail 17 days ago by the Narendra Modi government on

allegations of fabricating evidence to implicate the Chief Minister in the

2002 riots, walked free on Monday after a local sessions granted him bail,

25. Gujarat govt distances itself from Bhatt case : Ahmedabad :The

Gujarat government on Monday tried to distance itself from suspended

IPS officer Sanjiv Bhatt’s case, even as his family rejoiced at his bail.

Bhatt received an emotional welcome at his residence in Memnagar from

Shweta, their two children and other family members. [HT p10]

Grappling to find a solution to end the Telangana impasse, the Congress

has almost ruled out creating a separate state. Despite fierce agitations

crippling large parts of Andhra Pradesh for the past month, the ruling party

stoke similar movements across the country, especially in geostrategically

criticising their report, the separatists appear to be having second

That Ex-CM Didn’t Have To Go To His Cell: Bangalore:On Saturday

evening, B S Yeddyurappa was sent to jail, or so the world thought. But in

reality, he was received at the jail like a VVIP visitor. Policemen saluted

him on arrival as state prisons minister A Narayanaswamy personally

29. Proof against BSY in another graft case : Bangalore : Even as former

Karnataka High Court in connection with his arrest in two private

30. CAG Report on UP’s NRHM Scam to be Ready Before Assembly

before the assembly elections next year, potentially giving Opposition

woman in property acquired and controlled by her husband. [TOI p11]

member of legislative assembly — has filed a public interest litigation in

been filed with the police against Karnataka governor H R Bhardwaj,

Maharashtra chief minister Prithviraj Chavan and others for allegedly

seeking to call off the investigation against Samajwadi Party leader

byelections — one Lok Sabha and three Assembly — have come as a

defeat in the assembly byelections in Bihar and Andhra Pradesh was

hardly surprising, as the two seats were not held by it. What was

surprising was the defeat of its ally, NCP, in Khadakvasala in

defeating the Congress on Monday. The TRS had declared the bypoll as a

referendum on Telangana. But the verdict margin did not turn out to be an

Daraundha assembly seat in Siwan district with its candidate, Kavita

Singh, trouncing her rival Parmeshwar Singh of RJD by 20,092 votes. The

38. Rise in INLD vote share a worry for Congress : New Delhi : In vote

magnitude, or 8.4 percentage points, in the Congress’s share of the

Chennai :The Opposition parties, including the DMK, alleged several

Monday. The second and last phase is scheduled for Wednesday.[IE p6]

40. Voters have expressed their anger against Congress : Chandigarh :

Hisar have ‘categorically expressed their anger against the anti-people

lawlessness by totally rejecting the Congress candidate who has lost his

41. Gogoi defends land swap with Bangla : Guwahati : Stating that the

misleading people on the issue.[IE p2]

42. Uproar in Kerala Assembly over Suspension of MLAs :

amid pandemonium created by the Left opposition benches, suspended

two first-time legislators for two days for unruly behaviour in the House,

especially towards the speaker. [ET p2]

43. 18 Jodhpur sarpanches quit in protest : Jaipur :A day after the

elections in Uttar Pradesh now barely a few months away, UP chief

agenda with a vengeance.[AA p3]

46. All Sports Bodies to Come Under Ambit of RTI : NEW DELHI : Sports

Development Bill that retains the contentious provisions on age limits and

tenures of heads of sports bodies, but introduces an exclusion clause to

protect certain information while bringing sports federations within the

on the issue of trifurcation. It asked the chief minister of the Congress

government to place the proposal in public domain. [TOI p5]

Monday. “The number of cases, however, is less this year compared to

oath of office in the Delhi High Court on Monday, even as the executive

committee of the Delhi High Court Bar Association opposed the

appointment of one of them. [TOI p7]

Maharashtra, the Bombay High Court on Monday confirmed the death

51. Judges must know their limits… they must not try to run the

poetry in many of my judgments. I will tell you just one where some OBCs

objectionable, in fact it is a criminal offence.[IE p11]

looking at a Rs 50,000 crore hole in its accounts due to a faltering

disinvestment programme and prospects of missing out on fresh mop-up

from sale of spectrum, prompting it to scrape the bottom to plug the gap. 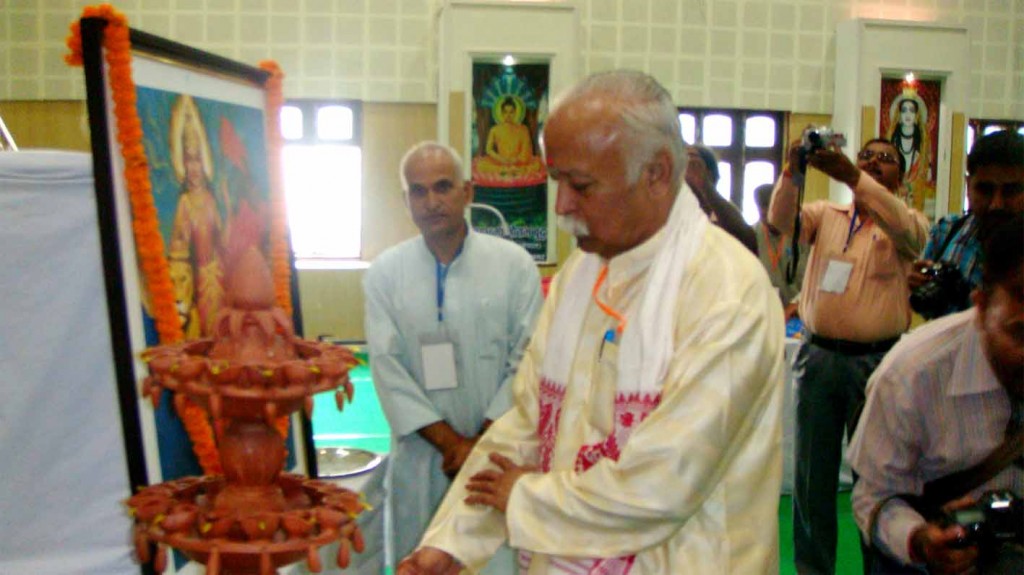