New Delhi: One after another, five countries — US, UK, Canada, Australia and New Zealand — have issued advisories against travel to India during the festival season. The ostensible reason for the caution is terror threat at this time, but the Indian government isn’t impressed. It fears the advisories will hit tourism and says terror shouldn’t be used to create a scare about visiting India. [TOI p1]

New Delhi : Indian security has been breached in the sensitive Siachen Glacier-Aksai Chin-Ladakh-Kargil sector as Pakistan Army downloaded the GPS coordinates of all helipads from the army helicopter that strayed across the Line of Control (LoC) into Skardu region on Sunday morning. The Indian Cheetah helicopter along with the crew was allowed to return by Pakistan government later in the day.[HT p1]

Prime Minister Manmohan Singh for directing that either Finance Minister

Pranab Mukherjee or Home Minister P Chidambaram should remain in

Delhi to look after the day-to-day affairs of the government in his absence.

Plea Of 5 Indictees: New Delhi: Freedom from the confines of Tihar jail

and four others, with the CBI on Monday requesting the special CBI court

hearing the case to “consider the bail pleas of these five accused”.[TOI

5. CBI Doesn’t Oppose Bail for Kani Agency not in favour of granting

judge said he would decide on her bail plea on November 3, even though

her bail application was not contested by the CBI. [ET p1]

New Delhi: After a Delhi court framed charges against it in the 2G

Delhi high court for quashing of charges, saying there was no material to

raised the bar for partymen in pollbound Uttarakhand and Punjab, saying

situation in which they are being held. [TOI p16]

8. Ulfa-Govt Peace Talks Begin Today : GUWAHATI : The first round of

place in New Delhi on Tuesday. A six-member team led by chairman

9. ‘Hizbul chief provided HC bombers’ : New Delhi: In the first pointer to a

alleged main conspirator in the bombing, has told NIA sleuths that Hizbul

Mujahideen chief Syed Salahudin gave the goahead for the attack and

even provided two bombers for the operation. [TOI p1]

government, who he said were opposed to the Jan Lokpal bill and carrying

out a systematic “character assassination” of the Team Anna members.

Heirs, Ignores Tenants’ Interests: New Delhi: In a setback to the

of Raja of Mahmudabad’s vast properties — has been unanimously

case. The court cited humanitarian grounds for granting bail. It

passport before the trial court hearing the cash-for-vote case. The high

court also ordered him to pay a personal bond of . 50 lakh and two

14. BJP unhappy as no relief in sight for partymen : New Delhi: BJP on

his party’s relations with the BJD “have become more tense”, BJP leader L

between the two parties in the future.[IE p2]

BJP government in Karnataka faced fresh embarrassment after one more

Lokayukta court on Monday directed the Lokayukta police to investigate

Minister Prithviraj Chavan to clarify the party’s position on the issuee. [ET

that the Congress party, swamped by scams, was playing divisive politics

one-fifth of IPS officers in the country — including police chiefs of Delhi,

Bihar, Sikkim and Uttar Pradesh — have not declared their annual

immovable property returns (IPR) for 2010 despite three deadlines given

to them by the home ministry. Their action will now put them in the

:Four days after The Indian Express reported how, in at least 12

to overcharge her host NGOs and institutions, Bedi announced today that

the “balance amounts” were being returned “forthwith”.[IE p1]

she had charged for her air travels from her hosts, Congress general

telecom minister A Raja, who is currently in jail in connection with the 2G

The CBI, which is investigating the case pertaining to YSR Congress

president Jaganmohan Reddy, said it has no objection in sharing details of

his assets with the incometax department in Bangalore.[ET p2]

simultaneously — between November 2 and 11 — to “apprise people of

24. NCP ties up with Panthers Republican Party : Mumbai : With former

combine for the coming elections to urban local bodies across the state,

the Nationalist Congress Party on Monday announced a pre-poll alliance

with another Dalit party, the Panthers Republican Party.[IE p4]

Congress is counting on “overpowering charisma and magnetism” of

assembly elections in UP. A longside Congress general secretary Rahul

Priyanka’s involvement will boost the party’s chances in UP.[HT p8]

Committee, Dr Kirit Somaiya, said he was ready for any action if his

charges were not found to be correct. He posed 11 questions to Chief

police on Monday registered a case against 16 PAC personnel for

allegedly gang-raping a woman in Bhatta-Parsaul on May 6 this year,

Uttar Pradesh, the Census Directorate is yet to make available the 2011

Census data which would enable the State Government to issue the

underprivileged Muslims at the national level, a move likely to shore up the

ruling Congress’ support base among the 150-million community ahead of

31. Muslim Body Quotes Price for Votes, Demand for reservation for

Congress in poll-bound UP: NEW DELHI :With major parties in Uttar

assembly polls, community leaders have begun bargaining hard for a

religionbased quota. In what could make matters difficult for Congress,

power tariff in the city, and the recent 22% hike granted to discoms BSES

Radhani, BSES Yamuna and NDPL may not be enough to financially

polls, the BJP is planning to woo the fast growing Poorvanchali vote bank

in the national capital this Chhathpuja slated for November 1.[HT p5]

versions of the Ramayana, but A K Ramanujan chooses to quote five

examples that are bound to hurt our sentiments.[The Hindu p4]

Asgar Ali, the prime accused in the murder of former Gujarat minister

Haren Pandya, was re-arrested after his release from Sabarmati Jail in

connection with two other cases pending against him.[ET p2]

high court on Monday began contempt proceedings against a Supreme

37. HC: No bail to vandals until they pay for property loss : Kochi: Taking

a serious view of destruction of public property during agitations, the

38. Enough evidence to act against Gujarat top cops : New Delhi :For the

first time since the 2002 anti-Muslim riots in Gujarat, a confidential report

by a Supreme Court appointed lawyer has recommended registration of

criminal cases against senior police officers posted in the state then. [HT

The cash-starved Noida and Greater Noida Authorities find themselves in

40. RBI to Increase Rates Today to Tamp Down Inflation, Excessive

spending by govt and slide in rupee neutralising tight monetary

growth, but its job may get complex due to government’s policies that are

pulling the economy in the opposite direction and the wobbly global

markets, indicates a report from the central bank. [ET p1]

41. Draw the right line : Abhijit Banerjee : In the old days we used to be

good at things like poverty measurement. We may not have been

world in figuring out how to find them.[HT p10]

bills and put a bit aside into her own NGO. Not done, says the government

and everyone who is not part of Team Anna. Ms Bedi, it would appear,

donors to cough up for business class. [HT p10]

43. Whistleblower No. 1 shuts down operations, for now, Blames Funds

Crunch On US: London: Whistleblower website WikiLeaks on Monday

said it was temporarily stopping publication of exposes to concentrate on

economic survival in the face of a blocade by US financial companies.

(Pakistan): A Muslim family that donated 19,000 acres of land to Guru 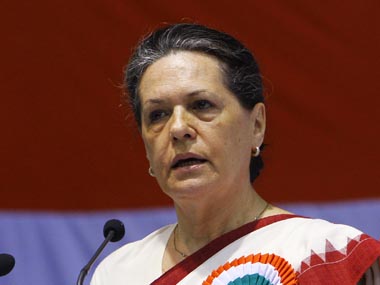