Washington: Tough talking by then external affairs minister Pranab Mukherjee after 26/11 rattled Pakistan so much that it pressed the panic button and called everyone from the Chinese to the Americans to say that India has decided to go to war. [TOI p9]

New Delhi: In an unusual move, rural development minister Jairam Ramesh has written to Maharashtra chief minister Prithviraj Chavan that the responsibility of implementation of the Mahatama Gandhi National Rural Employment Guarantee Act may be shifted from Congress-controlled departments to the one that is with the Nationalist Congress Party. [TOI p9]

remark that could kick up a row, the food minister on Friday blamed

inflation in the country. “Food habits of people are changing. Their

purchasing power is up. This is causing food inflation,” food minister K V

Thomas said, adding , “there is no inflation in food grain, it is in items like

4. Destitutes’ to benefit from tweaked food bill : New Delhi : The

government will redraft the food security bill on the recommendations of

UPA chairperson Sonia Gandhi to widen its reach, particularly among

special populations. Some original provisions that had been pared down

due to financial concerns are back on the menu. [HT p8]

official. The country has seen over a quarter of a million farmers’ suicides

between 1995 and 2010. The National Crime Records Bureau’s latest

report on ‘Accidental Deaths & Suicides in India’ places the number for

worst-ever recorded wave of suicides of this kind in human history.[The

wealth in HSBC, received from France through diplomatic channels a few

months ago, could come in handy for the Opposition to target the

government in the coming winter session of Parliament. [ET p2]

current financial year and to keep the fiscal deficit within bounds.[IE p1]

indication that the leader is testing the party’s patience. [TOI p10]

9. Digvijaya Demands Bail for Undertrials, ‘Once a person is

chargesheeted…every accused has a right to get bail as a principle’:

NEW DELHI : Even as political correctness prompts his political peers not

to speak out against infinite custody of undertrials, Congress General

of all accused who have been chargesheeted in various cases. [ET p2]

DELHI : The BJP on Friday hit out at Digvijaya Singh for favouring bail to

undertrials, terming it as an attempt to “derail justice”, and said the

statement had been made because of cases and allegations faced by

New Delhi: In an unusually sharp attack on the CAG, some Public

reports were based on “fraud” and “untruth” and must be revised. [TOI p9]

hard by the 2G spectrum scam, the Comptroller and Auditor General of

lakh crore — faced the wrath of Congress members in the Public

Accounts Committee (PAC), when it met last on October 10.[Pioneer

14. Team Anna may accept Lokpal quota, May Go With Govt On

Reflecting Social Reality: New Delhi: In a significant climbdown from its

earlier stance, Team Anna is likely to concede to the demand to have

representation for backward castes in the proposed Lokpal. Sources said

while Team Anna was opposed to quota within the Lokpal, the team has

Kiran Bedi to find out whether they are engaged in commercial activities.

“We are not targeting any particular NGO or charitable trust.[TOI p15]

17. Now, Kejriwal’s wife under lens : New Delhi: The department of

Sunita Kejriwal, a senior Income Tax official on deputation to the Serious

18. Omar gets cold feet on AFSPA withdrawal, ‘Decision Only After

stakeholders on the issue. [TOI p14]

the withdrawal of the Armed Forces (Special Powers) Act, Leader of the

escaped an alleged attempt on his life in Madurai on Friday. A crude pipe

Gownda river at Alampatti village, near Thirumangalam, in Madurai district

Country by several State party leaders and hundreds of workers at

his caustic remarks on corruption, and even warned of a counteroffensive

in case the patriarch and senior Central leaders continue to make

government struggling to craft its stance on the contentious question of

J&K, the BJP joined the debate by warning the Centre against diluting the

Bureau of Investigation (CBI) has stumbled upon clues suggesting that

missing nurse Bhanwari Devi was blackmailing some politicians in

Rajasthan on the basis of CDs which showed them in compromising

positions with her, officials said on Friday. [TOI p10]

controversial remarks about the Opposition leader VS Achuthanandan on

confidence that his party will put up an impressive showing.[AA p2]

Core Group on Friday reviewed the continuing Telangana crisis and

hopes to introduce in the winter session of Parliament.[The Hindu p7]

Congress core committee meeting, which was attended by Prime Minister

at length on issues of Telangana and electoral reforms.[AA p5]

31. Clamour of leaders’ kin for tickets delay BJP list : LUCKNOW: It is

neither the party ideology nor the political complexities that are delaying

the BJP list for the UP Assembly elections. It is the clamour of relatives —

wives, sons, daughters — for tickets that is forcing the party to delay the

32. Pot is calling the kettle black, says BJP : New Delhi : The BJP on

BSP government in Uttar Pradesh for alleged corruption in use of

Development Minister has made baseless allegations, Maya writes to

Cabinet is likely to adopt a replica of the Jan Lokpal bill on Saturday, in a

side of voters in the battle of perception. [TOI p1]

Cabinet is likely to adopt a replica of the Jan Lokpal bill on Saturday, in a

side of voters in the battle of perception. [TOI p14]

36. Nitish yatra to avert damage to JD(U) : PATNA: With the Opposition in

anti-corruption yatra, the JD(U) hopes to deflect the potential damage by

BJPJMM coalition government close to the brink of collapse. Both the

parties are working hard to contain the crisis. [AA p2]

conduct of the Commonwealth Games has revealed that an Australia

based company, which was appointed international creative consultant for

accused the Delhi Government of being “anti-people” and criticised Chief

link road for commercial development has suddenly made the Delhi

government wake up to the issue of land ownership. The L-G has asked

the chief secretary to file a petition in the Supreme Court, seeking ‘stay

against any modification regarding construction on the flood plain’. [TOI

abruptly called off just hours before their performance on Friday. The fans,

who had gathered at the venue, Leisure Valley in Gurgaon, went berserk.

44. Judge shot at in Haryana courtroom: Karnal: Haryana : A judge

an aggrieved man fired at him inside the courtroom, police said.

However,the judge was not injured in the incident, police said. The

assailant, identified as Surinder, was immediately overpowered by police

45. Sights On A Strong Lokpal, Anna Hazare’s campaign is not anti-

Congress, it is anti-corruption: Arvind Kejriwal : Our UP yatra just got

over. We spread the following message amongst people: “Annaji has

will be passed soon. Annaji believes in the PM’s assurance and has

requested you to keep a watch on the winter session.” [TOI p16]

46. Age is just a number : Soli Sorabjee : The mandatory age of retirement

of a Supreme Court judge under our Constitution is 65 years. The National

Commission to Review the Working of the Constitution, headed by retired

chief justice MN Venkatachaliah and comprising eminent persons, in its

report recommended that age of retirement be raised to 68 years.[HT p10]

47. Sensex has a blast after Muhurat. Rockets 516 Pts, Registers Biggest

Rise In Post-Muhurat Trading Session: Mumbai: A slew of global and

trading session rise on Friday. A global rally on the back of positive steps

Centre proposes to enact a legislation to force transparency and public

accountability in business activities of multi-state societies like Board of

Control for Cricket in India, one of the world’s richest sports bodies. [TOI

Sun Oct 30 , 2011
LONDON: British prime minister David Cameronhas described the Arcelor Mittal Orbit, a giant steel tower built for next year’s London Olympics, as “another Hindu first for Britain” . The tower was completed on Friday. “Britain’s biggest ever work of public art is, of course, the Olympic Park sculpture, designed byAnish Kapoor, one of […] 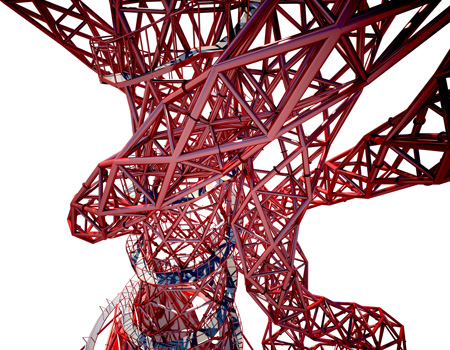