1. Why pressure MPs at work, HC asks Anna, ‘Your Stir May Be

Nuisance For Others’: Mumbai: The Bombay high court has rejected

Team Anna’s plea to direct the Maharashtra government to allot

fast beginning December 27 observing that what may be a “satyagraha”

for the group could be a “nuisance” for others. [TOI p1]

2. If Bill is in Parliament, why protest outside: Court to Team Anna :

Mumbai : Questioning the methods and the ethics of Anna Hazare’s

proposed fast in Mumbai next week to press for a strong Lokpal bill, the

supporters seeking concessions in charges for using a government

ground as the venue for its campaign.[IE p1]

3. Govt confident allies will back it on Lokpal, Ready For Give & Take,

Won’t Budge On CBI: New Delhi: Confident of the backing of its allies,

relinquishing administrative control over the CBI or reviewing the minority

4. I have faith in Parliament, but pressure is necessary : Anna : Pune :

Anti-corruption campaigner Anna Hazare on Friday reiterated that he had

faith in Parliament, but said pressure must be mounted on it to pass a

Friday with thousands registering themselves online for the three-day ‘Jail

Left finds inadequate: NEW DELHI : The Opposition on Friday hit out at

the minority quota decision of the Centre, but for diametrically opposite

reasons. While BJP opposed the move dubbing it as yet another instance

of vote bank politics, the Left said the 4.5% reservation for minorities was

7. ‘CBI’s autonomy seriously compromised’ : New Delhi : A day after the

introduction of the anti-graft Lokpal and Lokayukta Bill, 2011, in the Lok

Sabha, sources in the Central Bureau of Investigation on Friday felt that

the agency’s autonomy of investigation had been “seriously

Mumbai : The decision to approach the Bombay High Court to seek

Against Corruption on the advice of Team Anna core committee member

9. Govt may have to Warm up to NDA to Wriggle out of Lokjam : NEW

DELHI : A day after the Lokpal bill was introduced in the Lok Sabha, the

sole option for steering clear of the crisis: speak to the NDA. [ET p2]

powerful ally with veritable veto powers and a combative opposition

debate next week, signalling that all-round hostility to the proposed antigraft

ombudsman witnessed in Parliament on Thursday has not affected

its decision to enact the bill. [TOI p14]

build a consensus on important economic legislations, including the

against Congress with a possible foreign hand, questioning his insistence

14. Stage set for UP, other assembly polls in Feb: New Delhi: The Centre

Election Commission (EC) in its plan to complete elections in Uttar

Pradesh in February, boosting the prospect of an early announcement of

dates — which could come on Saturday itself — for the politically crucial

15. EC may go for multi-phase polls in UP, single in others : New Delhi:

in February, the EC is expected to announce the timetable anytime now.

Indications are that while EC will go for five- to seven-phase polls in UP, it

may decide on a single-phase exercise in Punjab, Goa, Manipur and

: The Congress’ strategy of “encircling” the Mayawati government saw

Pradesh government with being “lackadaisical and indifferent” on the

implementation of river conservation projects, particularly those related to

the Ganga and its tributaries. [ET p3]

Secretary R K Singh regarding the availability of paramilitary forces.[IE

27% reservation for OBCs drew sharp reactions from the opposition with

earmarking a 4.5% sub-quota in jobs and university seats, prominent

on Friday demanded that reservation for OBCs in educational institutions

and government jobs be increased from the current 27% to 52%. The

creamy layer provision in OBC reservation, calling it redundant as all

reserved seats were not being filled by OBC candidates in any case. [TOI

BJP in Uttarakhand of corruption, kicking off his party’s campaign in the

hill state which goes to polls early next year.[HT p8]

of carving a 4.5% sub-quota for minorities within the 27% reservation for

24. ‘Achary claim of threat in court just a drama’, Intended To Influence

than Rs 18,700 crore of unaccounted wealth has been unearthed across

the last two years, the Central Board of Direct Taxes said on Friday. [TOI

has been blamed for actively aiding and abetting the Adarsh housing

society scam, in a report by the Comptroller and Auditor General (CAG) of

India, which was tabled in the legislative assembly on Friday. [TOI p11]

ruling Shiromani Akali Dal on Friday announced the names of 48

candidates, including Chief Minister Parkash Singh Badal, for the

during the Commonwealth Youth Games held in Pune in 2008. [TOI p11]

29. Hurriyat Faces Pressure from Within to Restructure : SRINAGAR :

Farooq is restive, with a strong demand gaining ground for reorganising

the alliance and reviving its mass-contact programme. [ET p3]

officers in jail responsible for Pravin Mahajan’s death, the Maharashtra

them. It has also asked the state to take action against the officers for

allegedly showing negligence and casual approach towards a diabetic

for the Assembly polls. For, as many as 16 Muslims figure in the list

released by the party on Friday.[Pioneer Daily p5]

Upadhyay as its candidate from two seats in the upcoming Assembly

could make a dent in the Mulayam – Mayawati support base among

Muslims following the Centre’s decision to fix a 4.5 per cent share for

minorities within the existing 27 percent Other Backward Classes (OBCs)

Nitin Gadkari in New Delhi, a day after he got elected to the Upper House

Having revoked the provisional regularisation certificates colonies after

to be ineligible for regularisation since they existed only on paper, Delhi

is now set to get skyscrapers a la Mumbai. Several developers are

constructing high-end residential towers of more than 15 floors. The tallest

38. MCD tips for master plan revamp : New Delhi: MCD has been asked to

give suggestions for revision of the Delhi Master Plan 2021. It will send a

list of suggestions to lieutenant governor, Tejendra Khanna, within a week

after discussing the issue with traders, RWAs and councillors. [TOI p6]

the case of missing nurse Bhanwari Devi surrendered before a Jodhpur

court on Friday. Sahiram Bishnoi, who carried a cash reward of Rs 5 lakh,

had been on the run since October. [TOI p11]

40. The caste of corruption : Shekhar Gupta : Is there a caste or communal

link to corruption and crime? Or, are your chances of being involved (and

ladder? Nobody in his right mind would say yes to either of these. But let’s

Indian athletics earlier this year, took a decisive turn on Friday when six

rubbished speculation about a possible military takeover, saying that “he

has and will continue to support the democratic process in the country’’.

Sat Dec 24 , 2011
Newdelhi: Setting a deadline for 22 social networking sites including Facebook, Google, Yahoo and Microsoft to remove all “anti-religious” or “anti-social” content, a Delhi court on Saturday directed the companies to file compliance reports by February 6. Additional Civil Judge Mukesh Kumar, who had on December 20 in a ex-parte […] 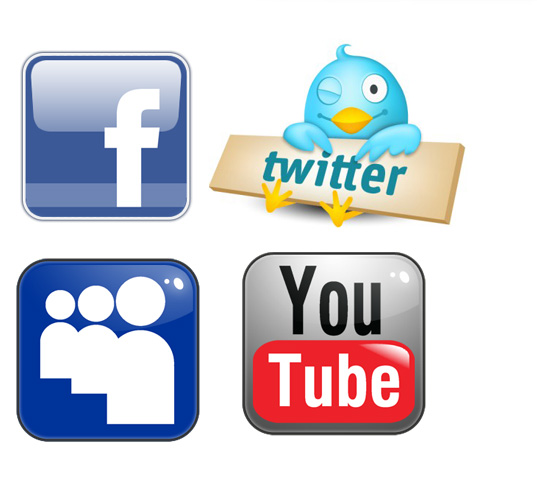