and corporate bigwigs — formally started on Friday with a court

Group executives who had appeared as prosecution

talks so that both countriescould actually move towards resolving

some of the issues bedeviling theirties.[The Hindu p1]

Gujarat chief minister Narendra Modi’s allegation that there is a

backfired on him, with HRD minister Kapil Sibal pointing out that the

figure was supplied by the state government. [TOI p14]

Ravi’s bid to organize a financial bailout for the Vijay

Upping the ante on the 2G issue, BJP leader Murli Manohar on

Chidambaram. He also demanded an enquiry into the home

minister’s alleged role in the spectrum scam. He

Any thoughts of Ms. Mayawati having abandoned her ”social

engineering” formula (Dalits plus Brahmins) after coming to

Minister scheduled to preside over two functions this weekend

aimed at wooing the Bramins for her electoral cause. [The Hindu

NEW DELHI : In line with a Delhi High Court order, the Delhi

Development Authority (DDA) on Friday de-sealed 12 flats in the

commonwealth Games Village. Of the 12 flats, six are in Tower

threats, transnational organised crime and illegal drugs was an

important aspect of the declaration adopted by the members of the

11. Cong in a spot as Bhanwari probe gathers steam: Jaipur:

the second successive day, and joining the sleuths across the table

was Luni MLA Malkhan Singh Bishnoi at the CBI office on Friday.

Mamata Banerjee upped the ante in her quasi-political fight with

Maoists of Jangalmahal on Friday. She threatened them with

bullets for bullets. She also reiterated her offer to welcome them

into the mainstream of life, if they so willed. But what was perhaps

very significant was the fact that she made a cross-border

reference: “You are running the government in Nepal and yet have

13. Ingenuous Indian Diplomacy : It is well known that Indian

politicians are hard-headed while serving personal interests but

policy, for example, remains based on hopes and gushy

expectations, rather than any farsighted strategy. Prime Minister

14. Govt to face queries from PAC on CWG : NEW DELHI:The

response on certain alleged irregularities pointed out by CAG in its

as indicted by people in the pre-poll survey.[AA p2]

Witch-Hunt : New Delhi: At a time when the Joint Parliamentary

Vinod Rai to appear as witness in the 2G scam, a group of retired

bureaucrats have got together to rally behind the apex auditor

demanding that the witch-hunt should stop. [TOI p19]

18. BJP to use woman power in UP: LUCKNOW: in oreder to

reach out to the largely untapped segment of female voters, the

and corporate bigwigs — formally started on Friday with a court

Group executives who had appeared as prosecution witnesses.

20. Fresh chargesheet against 2 in CWG scam: NEW DELHI: The

CBI on Friday filed two supplementary chargesheets before a

arrest and trial in a Commonwealth Games-related corruption

case, relating to award of the Time-Scoring-Result (TSR) system

21. Butter in short supply ahead of U. P. Polls: LUCKNOW Butter,

known as “makkhan” in local parlance, is bleaved to be the main

Lokayukta, relieved at the sight of Hazare’s criticism growing

23. Nitish is Right on Team Anna: NEW DELHI : Congress has

retort to Team Anna to drive home its point that the

challenges for BJP’s central leadership. The party will need to

its campaign against the Congress-led central government on

be arrested in the Bhanwari Devi disappearance case soon. CBI

on Friday confronted Maderna with Congress MLA from Luni,

Malkhan Singh, in its attempt to solve the mystery behind

Bhanwari Devi’s disappearance. Maderna has admitted that he

denied any role in her disappearance. [ET p3]

Ashok Gehlot’s position untenable in Rajasthan. The problem is all

the more complex because Gehlot enjoys a wafer thing majority of

two in the Assembly and he also foces internal dissent. [Pioneer

from Prime Minister Manmohan to school students has triggered a

preventing it from being read in the State schools. She came out

with her own message to the students. [Pioneer Daily p1]

Ramlila Maidan to conclude his Rath Yatra. After the discovery of

a bomb on the route of the yatra in Tamil Nadu, police

have begun reviewing security arrangements to be put in place

in and around the ground.[HT p6]

LUCKNOW: Expressing its concern over the increasing price of

petrol and other related products, the BJP doubted the claim of oil

companies about their deficit and demanded CAG probe into it.

supreme and the them Chief Minister Mulayam Singh Yadav to jail

minister Kamal Nath on Thursday said “ground realities” and the

fact that there are provisions of reviewing the plan every five

years have necessitated the move. Master Plan Delhi 2021 was

implemented in 2007 and will complete the stipulated five years in

Advani on Friday strongly pleaded for State funding of elections as

this would help in checking corruption and black money. [Pioneer

New Delhi: The Supreme Court on Friday was shocked to learn

that two Pakistanis have been lodged in a Jammu and Kashmir

prison for over 40 years and declared that it was constitutionally

every person, whether he was an Indian or a foreigner. [TOI p11]

33. Anna Takes On Nitish : Team Anna’s criticism of the JD(U)

counter the notion that it is only targeting the Congress. However,

tough measures to tackle corruption, including confiscating the

assets of corrupt babus. Civil society groups can lobby and

promote awareness, but they can’t dictate legislation to

Sat Nov 12 , 2011
Sarsanghachalak’s social harmony mission in Nagpur Neo-Buddhist Colony ORGANISER, by Virag Pachpore in Nagpur “Absence of a clear national vision in our leadership and crisis of true national identity amongst the common people are blocking Bharat from becoming a world leader even as the world thinkers are looking to Bharat […] 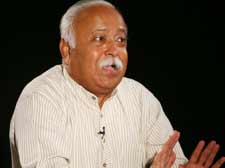