In a first of its Kind, Thousands of young techie-Swayamsevaks from different Corporate-IT industries participated in “RSS IT Sangama-A confluence of all the Swayamsevaks of IT Milans, Karnataka” at Bangalore. IT Sangama a full day event was convened today to commemorate the 10th anniversary of RSS IT Milans.

Mon Feb 21 , 2011
LK ADVANI writes: India has been independent for over six decades now. For the first three decades the Congress Party dominated the political scene like a colossus. It was in power in most of the States. In the Lok Sabha, none of the non-Congress parties could muster strength even to […] 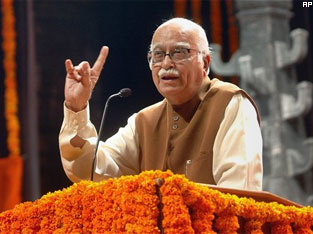